Essence's October cover reads "Be Beautiful, Inside And out!" and we can't think of a better woman to impart that message then the glossy's cover girl,Viola Davis.

The 48-year-old star looks simply stunning -- that flawless skin, those smokey eyes and we can't get enough of that pompadour. Davis' beautiful natural hair has held a special place in our hearts since she debuted her curls to the world on the Oscar red carpet. But the "Prisoners" actress has an important message for all the hair lovers out there.

"There's not one woman in America who does not care about her hair. But we give it way too much value. We deprive ourselves of things, we use it to destroy each other, we'll look at a child and judge a mother and her sense of motherhood by the way the child's hair looks," Davis told Essence. "I am not going to traumatize my child about her hair. I want her to love her hair."

But Davis knows all too well that self-esteem does not come easy.

"My image of myself [as a youth] was in the mouths of young White kids calling me ugly and then going home to a mother who did not fully embrace her own beauty," Davis said.

"The Help" star has learned from her past and refuses to let her 2-year-old daughter, Genesis, be subjected to the same destructive self-loathing she experienced.

In fact, it sounds like she's doing a great job -- and Genesis is returning the favor. Davis told Essence that she feels most beautiful when she is at home and her daughter says "You're the best mommy! You're amazing! You're exquisite!"

Awwwww, how sweet and extraordinarily sophisticated for a toddler. Love it!

Make sure to pick up Essence's October issue September 6, and head over to Essence.com to see a behind-the-scenes video of Viola Davis' cover shoot. 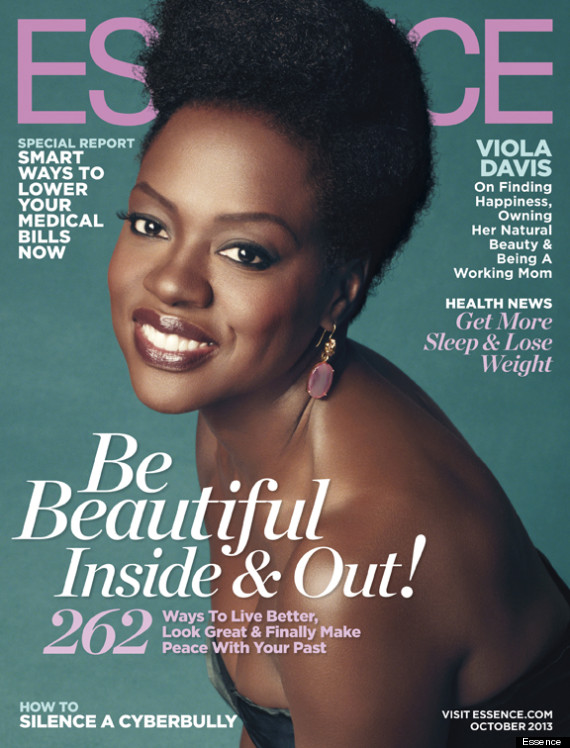