Family Guy was one of my favorite shows on TV. I waited for it each week and wondered just how far they would take it, when it comes to being off-color humor-wise. But, lately as I watched the show and others like it, I realized a lot of their humor is based on dead hooker jokes, along with frequent uses of derogatory terms regarding sex workers. It's not just Family Guy that is guilty of this, but South Park, American Dad, 30 Rock and countless others. I notice it now, because I have friends and loved ones who are sex workers and if something happened to them, the last thing I would do is laugh.

How is it that as a society, we have grown so accustomed and seemingly desensitized to atrocities happening to sex workers? Sex workers are raped, robbed or murdered and most of a community looks the other way. The issue becomes that the individual was "asking for it" by the type of work he or she did or does, not that he or she is or was a person, with a life and a family that was victimized. I reached out to Shannon Williams, a sex worker and a member of the Bay Area group SWOP, (Sex Workers Outreach Project), to discuss why December 17th is an important day.

December 17th is, The International Day to End Violence Against Sex Workers "The very first December 17th was Annie Sprinkle's response to the Green River Killer, Gary Ridgeway in Seattle, who killed almost 50 women, many of them sex workers, over the course of many years. He said, he killed them because he knew no one would go looking for them. Imagine if it had been 50 housewives that disappeared. There would have been an uproar." William says.

Sadly, Williams is right. When crimes happen to sex workers they are taken less seriously by police and the community at large. That first December 17th took place on the steps of City Hall in San Francisco, on a cold and rainy night nine years ago. It was a solemn event, which included the reading of all the names of sex workers that had been murdered. Sprinkle felt that these women needed to be honored and acknowledged. This event started a worldwide movement and it now takes place globally every December 17th.

Sex workers live with the threat of violence, murder being the most extreme form of it. They are robbed, raped and harassed by members of the community and even police officers on a daily basis. This year, SWOP will be holding this event at the Center for Sex & Culture on Monday December 17th. The goal is to make it less solemn and more in the spirit of honoring those who have passed.

One of the main things that SWOP does, is create community for sex workers. Due to the nature of the work that sex workers do, they tend to isolate themselves and that isolation is exactly how they are prey to more victimization. An event like this lets sex workers know they do have a community and that they are people who deserve rights, friends, support and fellowship.

"Criminalization and stigmatization are not just offensive, they are deadly.  It's not just about being called bad names. We are saying, 'Stop murdering us, stop raping us' and we are changing the narrative from sex worker as victim, to sex worker as empowered." says Williams

The patron saint of sex workers rights, Robyn Few, lost her fight with cancer earlier this year and an altar will be present at CSC to honor her. Few dedicated her life to trying to have prostitution decriminalized and her loss was felt by sex worker rights activists everywhere this year. By placing an altar to honor her, they are hoping to give her community a way to mourn her and make their own peace with her passing away.

"We have started to move away from the candlelight vigil, because it is a difficult event to put on due to the sadness associated with it. We are turning it into a celebration of life and power. There will be an interactive alter, where people can write messages, and a photo booth.  Siouxsie Q, a sex worker and the creator of the podcast, "This American Whore" will be podcasting from this event. There will be a dj, and there will be a raffle of porn and we will be announcing the launch of a new organization, SWAFF: Sex Workers' Allies, Friends and Family.  We will have food as well," says Williams

The list of sex workers that is read on December 17th, does not just include ones that are murdered, but of ones that die prematurely. Part of why December 17th and organizations like SWOP are important, is to let all sex workers know that they do have a community, and that they are loved and they deserve all the good things that come along with life.

An unfortunate truth is that it is easier to criticize and judge someone who does this type of work, than to offer compassion and support to those reeling from the loss of their life. Our hope is that days like December 17th will add a much needed perspective of humanity for those who are being represented. These were real people with real lives. Sex workers are people, not projects. Their absence is felt by others and their lives matter.

Sex workers are everywhere. They are parents, siblings, spouses, partners and friends. You may not know someone is a sex worker because he or she is too afraid to tell you, due to how you may treat them. Even though society views what these men and women do as unacceptable; it does not give anyone the right to rob, rape, belittle or murder them.

If you are an ally and want to help support sex workers, or if you are a sex worker yourself, please come to The Center For Sex and Culture on Monday, December 17th from 5-7 pm and take part in a worthwhile event. May all the sex workers who died this year rest in peace and those who knew and love them find peace as well. 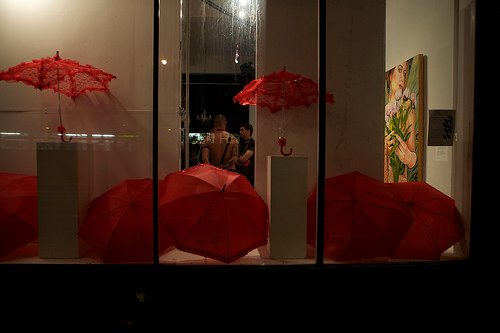