Yes, I am tired of men hurting women. And yes, men are responsible because men belong to the current culture of manhood that allows this -- a culture that says men can't show fear, can't be wrong, and are entitled to power over others, especially women.

A culture that tells men they are not allowed to be afraid is a culture that denies our own humanity as men. And if we're not allowed to be human, then we become something else. constructions of masculinity -- of what it means to be a man -- play a crucial role in shaping violence against women. This is true at the individual level, in families and relationships, in communities, and societies as a whole.

But that culture is wrong, and unless we actively work to change it, women will keep getting hurt. Male violence against women is rife -- and it's getting worse. We need a new, inclusive form of masculinity to eliminate it. 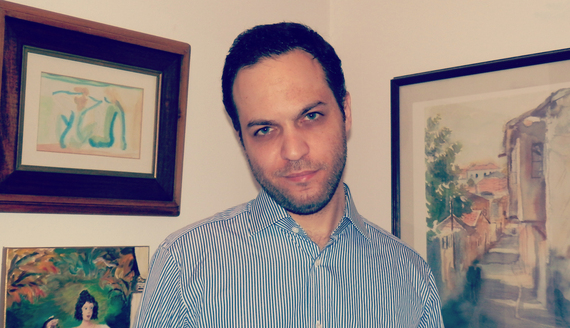 So what exactly can be done to increase the number of men doing gender violence prevention work? What specific strategies could motivate significantly greater numbers of men to join a movement?

First of all, men must challenge the violence of other men. And they must work to undermine the social and cultural supports for violence against women evident in communities throughout the world -- the sexist and violence-supportive norms, the callous behaviors, and the gender inequalities which feed violence against women. By challenging male conformity, we can put the onus of ending abuse against women where it belongs -- with men who perpetrate it.

More ways to reduce violence against women and girls:

1. Approach gender violence as a men's issue involving men of all ages and socioeconomic, racial and ethnic backgrounds. View men not only as perpetrators or possible offenders, but as empowered bystanders who can confront abusive peers.

2. If a brother, friend, classmate, or teammate is abusing his female partner -- or is disrespectful abusive to girls and women in general -- don't look the other way. If you feel comfortable doing so, try to talk to him about it. Urge him to seek help. Or if you don't know what to do, consult a friend, a parent, a professor, or a counselor. Talk to RAINN. Don't remain silent.

3. Have the courage to look inward. Question your own attitudes. Don't be defensive when something you do or say ends up hurting someone else. Try hard to understand how your own attitudes and actions might inadvertently perpetuate sexism and violence, and work toward changing them.

4. If you suspect that a woman close to you is being abused or has been sexually assaulted, gently ask if you can help.

5. If you are emotionally, psychologically, physically, or sexually abusive to women, or have been in the past, seek professional help now.

6. Be an ally to women who are working to end all forms of gender violence. Raise money for community-based rape crisis centers and battered women's shelters. If you belong to a team or fraternity, or another student group, try to organize a fundraiser.

7. Recognize and speak out against homophobia and gay-bashing. Discrimination and violence against lesbians and gays are wrong in and of themselves. This abuse also has direct links to sexism (e.g. the sexual orientation of men who speak out against sexism is often questioned, a conscious or unconscious strategy intended to silence them. This is a key reason few men do speak out).

8. Attend programs, take courses, watch films about women, and read articles and books about multicultural masculinities, gender inequality, and the root causes of gender violence. Educate yourself and others about how larger social forces affect the conflicts between individual men and women.

9. Don't fund sexism. Refuse to purchase any magazine, rent any video, subscribe to any website, or buy any music that portrays girls or women in a sexually degrading or abusive manner. Protest sexism in the media.

10. Mentor and teach young boys about how to be men in ways that don't involve degrading or abusing girls and women. Volunteer to work with gender violence prevention programs, including anti-sexist men's programs. Lead by example.

Violence against women is not only an issue of injustice or inequality, but one of health. Violence has a significant impact on women's health and well-being -- not just in terms of injury and premature death, but in terms of mental health problems including attempted suicide and self-harm, depression, anxiety, post-traumatic stress, substance abuse, and poor reproductive health. It is so, so sad.

Violence against women is a men's issue. This violence harms the women and girls men love, gives all men like myself a bad name, is perpetrated by men other men know, and will only stop when the majority of men step up to help create a culture in which it is unthinkable.

Let's start a movement -- a movement of men who aren't afraid to stop violence against women.

Men's involvement in a movement like Real Women Real Stories is the only way we can achieve long-lasting, societal change.