Over the course of her 32-year career as a nurse in O’Fallon, Missouri, Deanna Cignetti, 67, suffered a torn rotator cuff and bruised ribs at the hands of patients. In another incident, a patient pinned her to the wall with his forearm pressed against her throat.

Yolanda Preston, 44, a nurse for 22 years in Michigan, has been screamed at, kicked, punched, bitten and had IV poles thrown at her by patients. While Preston used to think violence came with the career, she now believes that hospitals and accrediting bodies should do more to push back against the notion that this violence comes with the territory of being a nurse.

“I’d like to see hospitals be required to collect and report statistics regarding violence against their staff,” said Preston. “In order to solve the problem, we need to know exactly how widespread it is.”

A story HuffPost published about the violence nurses face in the workplace in response to University of Utah nurse Alex Wubbels’ violent arrest garnered a flurry of passionate responses from nurses who said they were the targets of several assaults throughout their careers. That’s mirrored in national data, which shows that nursing and other careers in the health industry are some of the most dangerous occupations in America.

It’s shocking to consider that the individuals who are charged with caregiving during other people’s most vulnerable moments are uniquely at risk of verbal and physical assault. But while the patients who lash out against nurses are certainly to blame, it is hospital administrators who have the ability to gather data on the incidents, enforce strict zero-tolerance policies against violence and create environments that discourage assaults. Not doing so is a problem for nurses ― many of whom fear for their physical safety while at work ― as well as the industry as a whole. Given the looming nursing shortage, the industry may struggle to bring more people into the fold absent greater incentives.

There is currently no mandate for hospitals to report workplace violence to a federal agency, although the U.S. Bureau of Labor Statistics keeps track of the worst offenses — serious assaults that require staffers to take time off from work to recover. From 2011 to 2013, U.S. healthcare workers sustained 15,000 to 20,000 injuries from workplace violence that were so bad that victims had to take time off work for treatment and recovery.

Violence is also a more common cause of workplace injuries in healthcare than other industries. BLS notes that violence caused 10 to 11 percent of the serious injuries among healthcare workers, compared to the private sector’s 3 percent average.

Only a handful of states have passed laws that force hospitals to report violent incidents for the purpose of research and to help identify patterns that lead to assault against healthcare workers. However, both OSHA and the Joint Commission (an independent body that accredits and certifies hospitals) encourage accurate record keeping as part of the effort to prevent workplace violence in hospitals.

Until more standards are put in place, informal surveys of healthcare workers are all we have to help grapple with the scope of the problem. A 2014 survey of over 10,000 nurses, conducted by the American Nurses Association, found that 25 percent had been physically assaulted by either a patient or a patient’s family member.

Most hospital assaults take place in the emergency department and psychiatric wards, and because they have the most contact with patients, nurses and nursing aides bear the brunt of this violence.

In most cases, patients who assault caregivers tend to have some kind of cognitive impairment due to an untreated mental illness, dementia, substance abuse or delirium. Dementia, brain injuries and adverse reactions to certain medications can trigger confusion, paranoia and fear for which they aren’t responsible.

But there are ways for hospitals to minimize the risks facing nurses and other staff who have the most contact with patients, experts say.

One way is for hospitals to be aware of which situations put nurses and other staff at a higher risk of assault, and train employees how to recognize dangerous situations and seek help from another staffer if necessary before beginning treatment.

Researchers from the Wayne State University School of Medicine in Michigan analyzed one year’s worth of violent incidents at a hospital that were perpetrated by a patient or a visitor and published their findings in a 2015 qualitative study.

They identified several key scenarios that put hospital staff in danger of being hurt: when a patient first wakes up from anesthesia, when a patient needs to be injected with a needle, or when a patient has to be moved from a wheelchair to a bed were just some of the situations that put workers in harm’s way. Long wait times and a complicated admissions process also frustrated patients, who sometimes end up taking out their frustration on staff.

OSHA’s recommendations for protecting staffers against violence consist of creating an environment that doesn’t put workers in danger, which means that hospital administrators must play a crucial role in protecting workers from violence. These include providing comfortable waiting rooms, figuring out ways to decrease wait times, removing objects that can be thrown (pictures, vases, other kinds of furniture) from crisis treatment areas, and arranging staff schedules so that nurses and doctors are not alone when they must be in close contact with a patient to treat them.

OSHA also suggests that patients and visitors should be able to recognize as they enter a facility that there is a zero-tolerance policy when it comes to violence, and hospital administrators should be able to figure out a way to make a note in patient files if they have a history of violence.

There is some evidence that knowing the contexts for the most common violent scenarios can help hospital workers avoid them and protect themselves. A controlled experiment by the same Michigan researchers found that educating hospital workers about the assaults in their unit led to 50 percent fewer violent incidents six months after the intervention, and a 60 percent lower risk of injuries after two years.

Some states are also trying to address the problem with laws that make assault against healthcare workers an automatic felony, but the research is unclear about whether this has been shown to actually decrease assaults.

Preston, the Michigan nurse, understands that some patients may not be in complete control of their impulses when they lash out against a health care worker. Given these patients’ needs, she called on both hospital bosses and accrediting bodies to start taking the issue of assault more seriously — lest it begin to affect recruitment.

“In about 10 years, we are going to have a serious nursing shortage,” she said. “It’s difficult to sell the profession when people see this kind of garbage.”

Violence Against Nurses Is A Serious Problem, But Hospitals Are Basically Policing Themselves
Birth Photos That Celebrate Labor and Delivery Nurses 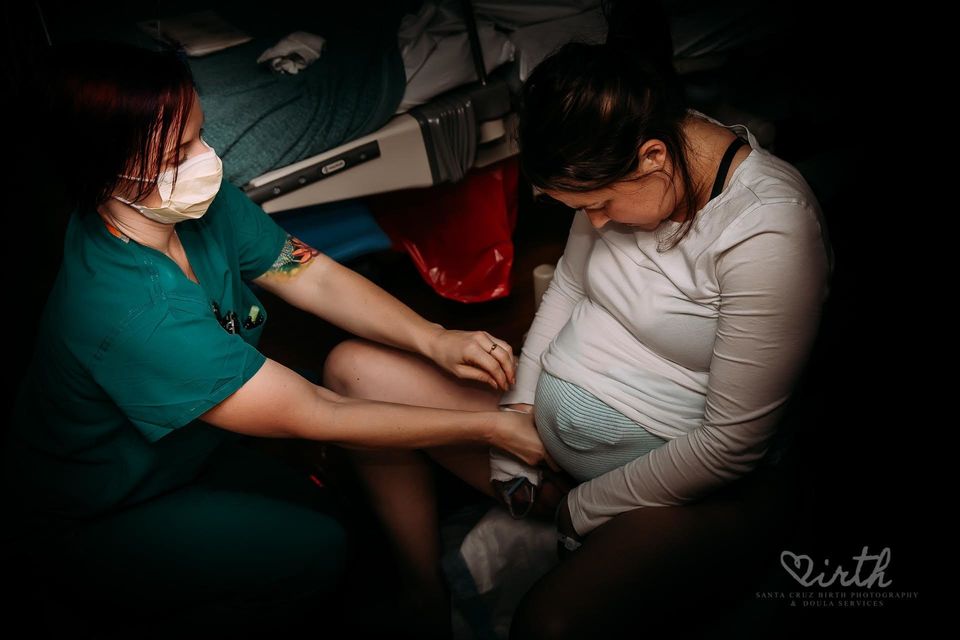