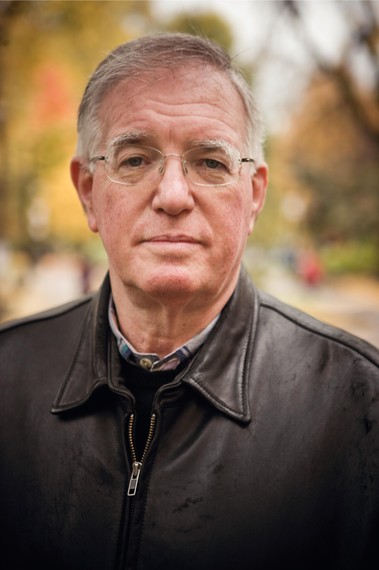 Phillip Margolin, a former criminal defense attorney who defended thirty murder cases, has written many New York Times bestsellers. He is well-known for his Amanda Jaffe and Brad Miller series, and for his many standalone novels.

Violent Crimes is the next novel in the Amanda Jaffe series. Amanda is involved in a complex case involving environmentalists, Big Oil, financial fraud, and murder. Not only must she determine who murdered two attorneys while defending the men accused of the crimes; but also faces the most difficult professional decision of her life.

Amanda Jaffe is an intriguing character. How would you describe her?
My lawyer characters are not super-heroes. Amanda is a regular person who happens to be an exceptional attorney. She's very dedicated and really believes in the legal system. She always puts her clients first. She has a complicated personal life because she has a relationship with Mike Green, a district attorney. It's been an off-again-on-again kind of thing. She has psychological problems because of violent situations in her past. She's empathetic to those who have been victims of violent crimes. She's dogged in her defense of clients, and though she's not willing to break the law, she's able to work along the fringes of the law to help someone she thinks is innocent.

Speaking of her personal relationships, Violent Crimes gave me the feeling Amanda might be on the cusp of changing things with Mike Green.
The relationship has been up and down because of Amanda's difficulties. She suffers from Post-traumatic Stress Disorder after an encounter with a serial killer in Wild Justice. She treats Mike pretty badly, but he's in love with her and sticks by her even when she's at her worst. She recognizes that, and knows she really loves him. She's coming to grips with the fact she can trust him, and she's willing to take a chance with Mike.

Early on in Violent Crimes, the legal issue of the Shadow Challenge comes up. Will you describe that for our readers?
In Oregon, there's no such thing as automatic bail for someone who has been arrested and charged in a murder case. A defendant can be held in jail without bail if there is strong evidence of the commission of the crime. In cases other than murder, there's the right to have bail set.

In the novel, I had to figure out some way to get Amanda's client out of jail because much of the book's action orbits around the accused being out of jail, and trying to find out who really did it. I called Ryan Scott, an attorney, and he mentioned the Shadow Challenge. The term comes from a poem by T.S. Eliot. 'Between the idea and the reality, between the motion and the act, falls the shadow.'

Here's what it boils down to: to search a house, the police must obtain a search warrant. To get a search warrant, they must convince a judge there's probable cause to believe a crime has been committed, and evidence of that crime is in a specific place. They submit an affidavit to a judge. If all is in order, the judge will issue a search warrant. The police can go to the house, show the warrant, and have the right by law to search the premises for that evidence.

But, an obscure series of cases holds that probable cause must be valid not only at the time the warrant is issued, but must also be valid later on when the police do the actual search. If, after the search warrant is issued, new facts come to light that make probable cause questionable, the police have an absolute duty to go back to the judge and explain the changed circumstances. Ryan gave me a couple of cases where there were very unusual challenges to search warrants.

I use this example in the book: believing there's an Islamic terrorist at a house, the police present an affidavit to a judge about bomb equipment being present in this alleged terrorist's house. In the affidavit supporting the warrant, the police swear the homeowner is a Muslim. The judge issues a warrant based on that information. But, when the police arrive at the house, they see a menorah in the window and a mezuzah on the door, which calls into question whether the occupant is a Muslim. The police are obligated to go back to the judge with this new information so the judge can decide if probable cause still exists.

As a defense attorney, I did a great deal of search and seizure challenges, but never ran across that kind of situation. I'd never even heard of the Shadow Challenge until I spoke with Ryan Scott.

Violent Crimes also focuses on a defense attorney's obligations regarding client confidentiality and the possibility of suborning perjury. Will you talk about this?
First, in order to represent a defendant effectively, the defense attorney must gain the client's trust. Often, a client/defendant is an eye witness to the crime. People forget that. What a client tells you shapes the way a defense attorney mounts an investigation and the defense. Our legal system recognizes the need to have the defendant trust the attorney; hence we have attorney-client privilege. It boils down to this: anything a client tells an attorney in confidence cannot be divulged by the attorney. When I represented clients, I would say to them, 'If you tell me you're a serial killer and there are ten bodies buried in your backyard, I'm not allowed by law to tell anyone. I could be disbarred for revealing that.'

Another thing many people don't realize is a lawyer is not only a representative of the client, but is also an officer of the court. As such, the attorney has an ethical duty to obey the law. When I was practicing, I would tell my clients, 'If you tell me you committed this crime, I'm bound to secrecy. But if you take the stand and perjure yourself, I can't let you do that. I would have to resign from your case and tell the judge I must leave your defense without saying why. If your friend takes the stand and commits perjury by saying you were in another state at the time of the crime, and I know you committed the crime, I have a duty to tell the judge the friend is committing perjury.

Those are the two aspects of confidentiality and subornation of perjury.

I understand you've come up with creative ways of helping charities important to you through your books. Tell us about that.
In 1962, right after college, I was a Peace Corps volunteer. I've had some involvement with charities all my adult life. In 1996, I helped develop Chess for Success, a free after-school program to help kids learn study skills through chess. The program is going strong, and is in eighty-two schools in nineteen school districts throughout Oregon.

As an author, I have the opportunity to raise money for good causes through my books.

Most non-profit organizations have auctions to raise money. I help in this effort for charities involving diabetes, cancer, women's shelters, the ASPCA, and education by auctioning off the opportunity for a character to be named in my next novel after the name of the highest bidder. But the bidder can't choose which character gets the name. (Laughter). One time, I made the highest bidder's son's name a serial killer. She got really upset, so I switched the son's name to another character. (More laughter). I made him President of the United States! (Even more laughter).

The other way I help charities is by a prize called 'Murder, Margolin and Merlot.' I go to the highest bidder's house and they have friends over. It's usually catered, and I talk about writing.

Over the years, my writing has allowed me to help various worthy causes.

Your legal thrillers are often springboards for dealing with social and psychological issues. Will you talk about that?
I'm a Democrat, and have strong political beliefs, but when I'm writing a novel, I use certain causes as plot devices as opposed to preaching. In Violent Crimes, I have one character who is over the top about the environment.

I have both good and bad politicians in my books. Early on, I received two fan letters about a book involving an evil politician. They were letters from two Republicans, and although they really liked the book, they pointed out that my politicians were Republicans.

Though I have strong political views, my books aren't really social commentary; they're supposed to be fun and entertaining. After receiving those letters, I made the decision not to connect evil politicians with either party.

You're quite prolific. How do you deal with the near-universal human tendency to procrastinate?
I love writing. I get up at six in the morning and I can't wait to get down to the office and begin writing. Procrastination occurs when you don't really want to do something and you invent ways of avoiding work. Writing is one of my passions. So procrastination isn't a problem. I'm a puzzle guy, and for me, writing's like a puzzle. I have a plot idea and have to figure out the best way to make it work and be entertaining.

Looking back on your writing career, would you change anything now, or do anything differently if you could?
No. When I get up every morning I tell myself I'm very lucky. I've had successful legal and writing careers. I had my first two books published in 1978 and 1981. I stopped writing for a number of years, and had my bestseller, Gone but Not Forgotten published in 1993. I've always been grateful that my first two books were not bestsellers when they first came out. If they had been, I might have been tempted to discontinue my legal career, which was really my passion.

Now, I'm able to get up every day and do what I love to do and actually make a living at it. So, I've had the best of all possible worlds.

What's coming next from Phillip Margolin?
I saw an Oregon Bar article about our aging population. People are living longer and remaining healthier than before. The article dealt with the problem of a brilliant lawyer, a rain-maker for his firm, beginning to show signs of dementia. I thought it would be an interesting dilemma to explore in a novel. The new book involves a woman who's a brilliant criminal defense attorney in Oregon who is representing a client in a potential death penalty case. There are hints this top-flight attorney is suffering from early-onset dementia. So, what is to be done?

Congratulations on writing Violent Crimes, a thriller taking the reader on a gripping journey through a legal minefield, while addressing greed, ethics, psychology, the deepest of human relationships, and truth.