A graduation photo shoot ended in a flash when a “jumping for joy” pose went horribly wrong.

Chelsea Whitfield of Valdosta State University was totally pumped about her graduation photo shoot ahead of receiving her undergraduate degree this upcoming May. In preparation, she worked out for two months, got a spray tan, did her nails and bought some killer heels for the session.

The day of the shoot, she met up with her longtime friend and photographer, Caitlin Ogden, on campus. Ten minutes into the session, Ogden suggested that Whitfield throw her cap and leap happily into the air. Whitfield loved the idea, so she kicked off her heels and went for it.

Things were fine going up, but after an awkward landing, everything went downhill. Whitfield quickly realized there was something terribly wrong with her foot.

She was a trooper and tried to go on with the photo shoot, but it soon became apparent that she was in a lot of pain and needed medical attention.

The pair called the school’s health center and campus police, but they say had trouble getting a ride to a medical facility. They were frustrated but instead of letting things get to them, they took a different approach.

“We decided to laugh the pain away,” Whitfield said.

Ogden continued snapping photos of Whitfield, flipping the trying experience into a joke.

Eventually Ogden got permission from campus police to drive her car onto the lawn so she could take Whitfield, who couldn't walk, to a doctor. At the doctor, it was determined she had indeed broken her foot.

Later that night, the photographer sent Whitfield a collage of the day’s events.

“I thought it was hilarious,” Whitfield said.

The post quickly became popular, making it to the front page of the site and garnering over 2 million views.

Reflecting on the rollercoaster experience, Whitfield emphasized the importance of looking on the bright side of things. She's even thinking about using some of the pictures from the disastrous day for her graduation announcement.

“You should never take life too seriously,” she said. “The most important thing in life is to laugh.” 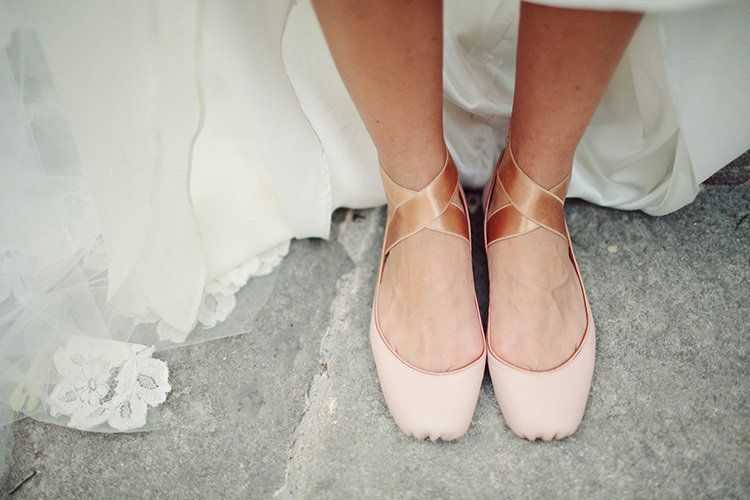