When I first tried to wrap my head around social media, I had a tough time seeing through all the feel-good social media fluffiness to how it actually could work for businesses. Then I heard Porter Gale, VP of marketing at Virgin America, speak about how the fledgling airline used Twitter to listen to customer concerns and get its message out. Here was a real business, really talking to customers. I got it. 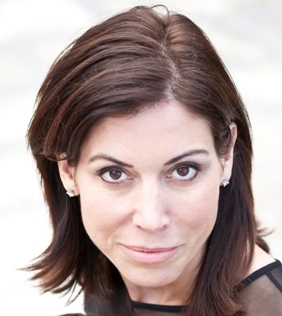 I went back to the office with a few Virgin America Twitter stories, and we kicked off our social media plan. Two years, a blog and Facebook and Twitter launches later, here we are. So I thought it was time to check back in with Gale, to see how Virgin's social media started, how it's working, the risks of listening too much to customers, and what advice she'd offer to other marketers.

Jeff Sweat: Obviously you're not afraid to use social media and marketing in customer service, and, of course, that makes sense now, but when you got started, hardly anyone really knew what Twitter was. So what made you try it?

Porter Gale: We actually started using both Twitter and Facebook around the same time. We noticed that a lot of our digital influencers who were flying us were very engaged in the medium, and so it was a great way for us to connect with people who cared about the airline and were passionate about the airline. Being a tech-savvy brand, tech-savvy product, it was a natural for us.

JS: Did you anticipate that it would do for you what it ended up doing?

PG: I don't think we had specific goals that we were trying to achieve. We were looking for engagement with our key flyers and our key guests, so it was really about extending a conversation and a dialogue, and that obviously happened. We've received a lot of press and exposure, but we've also found that it's a way that we can actually drive revenue, because we do track revenue off of our social media pages. We've also found that our very passionate fans will try to help close sales for us. If somebody says "Why should I fly Virgin" on Twitter, you could see a stream of answers of why people think they should. So it's had a lot of positive results for us that we didn't expect.

We do feel very strongly that the conversation would happen with or without us, it really just shows that we are a listening and participating brand. I would rather have a two-way conversation with people than just a one-way dialogue happening out there.

JS: What's your favorite social media story about connecting with your customers?

PG: One of my favorite ones was when we were just starting to become more aggressive in social media. Nick, one of our two employees who manages the Twitter feed, had seen that someone on a flight had posted something like, "I just graduated from medical school. I'm so happy to be on Virgin America." And Nick retweeted it and said, if you're on this flight, buy this doctor a drink. And within ten minutes, someone on the flight bought her champagne.

So through social media we created this really interesting engagement within the aircraft that would never have happened without social media, connecting two people on an airplane via a Twitter feed and just having fun. And there was no real reason for Nick to do that. He was just doing a social media experiment to see what would happen.

JS: The joke that was making the rounds on Twitter was that if you have a Klout score over 60, Virgin wouldn't bump you from a flight. You want to touch that?

JS: That does raise a question that I see more and more with lots of different types of companies, which is: Are there any risks for a company using social media for customer service ,where you end up being forced to do something for someone with a big bullhorn that you wouldn't normally do?

PG: I think that the risk is always there, but what I would say is important is that however you're solving the situation should be the same way that you're solving it through your other channels. Let's say maybe somebody gets a flight credit for some reason. That credit amount should be the same whether it's being solved on social media or via the call center, so that guests are treated fairly and equitably. Someone might get a faster result via Twitter. We'll do the best that we can, but we don't guarantee or promise that we can solve things through Twitter. We will guarantee that we will respond and solve things through our call center.

JS: What's your advice to marketers using social media on how to do it right?

PG: My advice would be that social media is here to stay. I don't think it's a fleeting channel that's going to be disappearing. So start learning about it and engage yourself in the conversation. Prior to launching either a Twitter or Facebook stream, watch the dialogue [in your market] just to see the level of engagement, the level of tweets, etc. And then I would look for a couple of other brands or maybe a category--players that are similar to your own, and watch what they're doing, too. Because what you do not want to do is put those channels out there and then not be listening or participating. You need to make sure you have the resources to actually follow through on the conversation and the dialogue.

For more from Jeff, visit the Yahoo! Advertising Blog or follow @YahooAdBuzz.