In complete disregard of some pretty significant biblical symbolism, the unthinkable has happened to a copperhead snake: She's become a virgin mother.

The serpent’s pregnancy marks the first documented case of virgin birth for her species, producing offspring without any DNA from a dad, according to a new study published in the Biological Journal of the Linnean Society.

In addition to the copperhead birth, the same study reported that an eastern diamond rattlesnake gave birth five years after mating, proving the species can store sperm for far longer than previously anticipated.

Such long-term sperm storage “allows females to overcome climate challenges and other obstacles,” Warren Booth and his co-author of the snake study, Gordon Schuett, told Discovery News. The two speculate that “internal sperm storage tubules” or an ability to twist a portion of the uterus, might account for the snake's success in storing sperm for half a decade (in contrast, women can only store sperm for a few hours or days).

But are there other evolutionary benefits to not having to “do it" in order to procreate? If a sex-free lifestyle sounds good to you, check out a separate study called “Sex and The Singe Snail,” which examined sexual and asexual reproduction in versions of the New Zealand mudsnail. Study authors pointed out “this highly efficient mode of reproduction is a low-energy endeavor, requiring no search for a mate, no sexual act, and sometimes, no carrying of offspring. It also allows rapid and abundant proliferation, since all members of that population are female and able to produce offspring.”

All this talk about virgin birth got us wondering: What other animals are capable of immaculate conception? 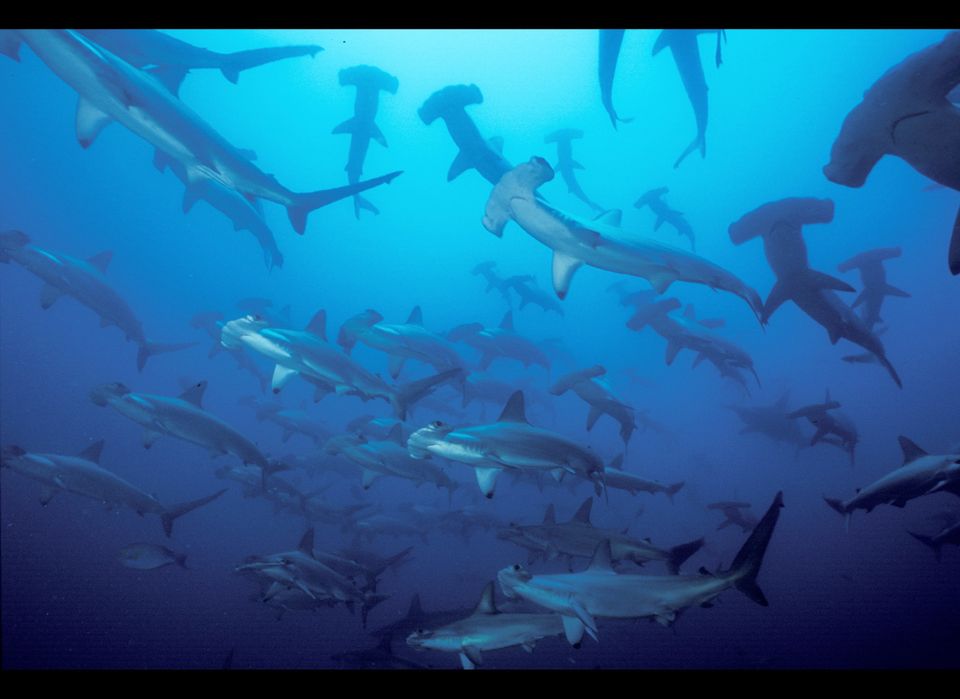 1 / 7
Hammerhead Sharks
In 2007, scientists found that captive female hammerhead sharks could reproduce without having sex.
AP