Some of LaValle Stanley's earliest memories are of church.

It was there that he attended Sunday school, helped his mother decorate bulletin boards, and, at age 9, was baptized in the pool under the altar stage.

"I did everything here," said Stanley, while sitting in the pews of the former in South Richmond.

As an active member for 50 years, Stanley has seen the church evolve and grow -- so much so that the congregation relocated to a building more than six times the size of the original church at 105 E. Pilkington St.

Five years after their move, members of Second Baptist are selling the historic church and parsonage via public auction. Motley's Auction & Realty Group will conduct the sale on the property's grounds July 23 at 4 p.m.

The estate includes just over 1.6 acres, a two-story, 8,100-square-foot church, a working pipe organ and an 1,800-square-foot parsonage used for offices.

Second Baptist Church was founded in 1879 by a group of Swansboro residents who had a long commute to First Baptist Church. The group created Second Baptist as a neighborhood spinoff and met in members' basements before finding a permanent location.

By 2008, the congregation had swelled to such a size that the church was struggling to accommodate people at its Sunday services, said Stanley, trustee ministry chairman for Second Baptist. Even with two sermons -- at 8 and 11:15 a.m. -- churchgoers were cramming into the basement to watch the pastor's sermon on projector screens while he spoke above them.

"Sometimes you have to move when God tells you to move," Stanley said of their decision to relocate.

When Second Baptist moved to its current location at 3300 Broad Rock Blvd., the board of trustees leased the old building to Star Fellowship Baptist Church. Star Fellowship continues to hold services there, but declined to comment on its intentions to bid on the property during the upcoming auction, said a church spokesman.

Second Baptist intends to sell the property "as is," but will remove two stained-glass windows from the sanctuary because of their historical significance. One window depicts the congregation's third pastor, the Rev. D. Webster Davis, while the other is a memorial to former member Rebecca Howlett, who died in 1900.

The church intends to replace the windows for whoever buys the property, said Edward Henderson, trustee ministry co-chairman.

Although Second Baptist is not requiring the new owner to keep the property as a church, zoning restrictions will likely ensure it remains a religious institution or community outreach center, said Pete Hastings, corporate sales manager for Motley's.

Those interested in bidding on the church can attend the live auction or submit bids online, but all registered bidders must provide an initial deposit of $5,000. Bidding will begin at $100,000.

The highest bidder will have 45 days to close the deal, meaning they have that time to pay the balance or acquire financing, Hastings said.

Money from the sale will go toward the general upkeep of Second Baptist's current location, Henderson said.

"When you take on a bigger facility, there are more moving parts," he said. "So you need to make sure you have the resources to cover those items." 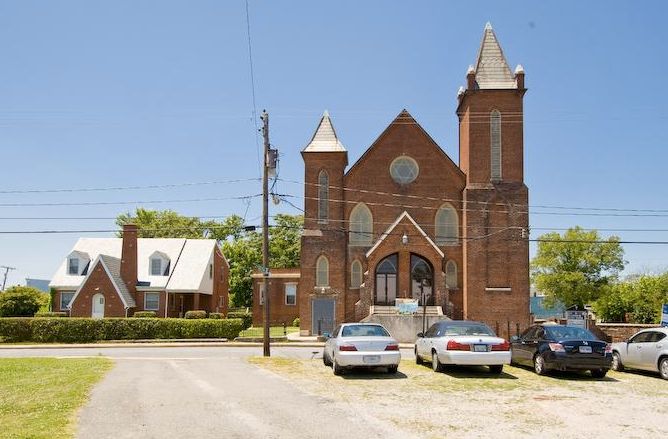 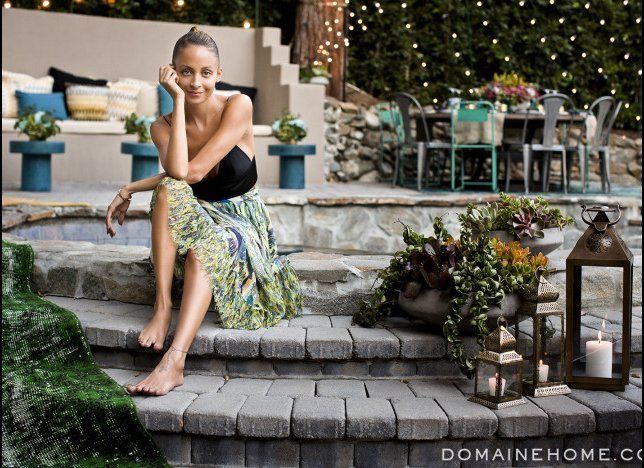 1 / 48
Nicole Richie
It's no surprise that she wanted her <a href="https://www.huffpost.com/entry/nicole-richie-home-backyard_n_3818007?utm_hp_ref=celebrity-homes" target="_hplink">Laurel Canyon home's backyard</a> to be a place where dining alfresco is a relaxing experience.
Justin Coit / Domaine Home