ARLINGTON, Va. -- Janice Canterbury and Nadia Malley of Arlington have been committed partners for 14 years -- a commitment that has withstood a battle with cancer, the death of parents, the loss of pets, a house fire and a renovation. Through it all, Canterbury said, the two "have loved and cared for each other as any partner of their spouse would do."

Standing outside the Arlington Courthouse on Valentine's Day with a marriage license application in hand, however, the couple were reminded that one major roadblock still stands between them and a wedding: Virginia law, which prohibits same-sex marriage.

Canterbury and Malley were one of three same-sex couples to apply for a marriage license in Arlington on Thursday as part of a "Witness for Marriage" demonstration organized by People of Faith for Equality in Virginia and Equality Virginia. Demonstrations were also held in Charlottesville, Hampton, Richmond and Winchester, all promoting the same simple message: Love is love.

As each couple presented Arlington Circuit Court Clerk Paul Ferguson with their marriage license application, Ferguson thanked them and then noted the legal restraints preventing him from granting them licenses.

"[Valentine's Day is] a great day for people that want to get married to tell their stories, and I look forward to hearing your stories today," Ferguson told the couples. "Unfortunately, the laws of Virginia do not allow Virginia circuit courts to grant marriage licenses to same-sex applicants, so if that is part of your story today, I will have to deny the application."

After being denied a marriage license, Canterbury respectfully explained to Ferguson why she believes Virginia should allow same-sex marriage.

"For the past 14 years, we have accepted the same responsibilities as married couples," Canterbury said. "We feel that we also deserve the same equal rights as them."

In 2006, Virginia voters approved by a 57 percent to 43 percent margin a state constitutional amendment defining marriage as the “union between one man and one woman.” Last month, a Virginia House of Delegates subcommittee blocked a proposal to repeal the ban, a decision that frustrated same-sex couples and their straight allies.

"A license to marry the one you love, the one to whom you made promises of faithfulness and love," David Ensign, pastor at Clarendon Presbyterian Church, said to the crowd of same-sex marriage supporters in Arlington. "It is way past time to change the law."

Ensign also thanked the three couples for being "brave enough to step forward" and "risk the pain of hearing no when asking for what, by right, should be yours for the asking."

Tom Nichols and Dan Chadburn of Falls Church, Va., were one of the other same-sex couples to apply for a marriage license this Valentine's Day -- a day that the couple said is particularly special because it’s the 60th wedding anniversary of Chadburn's parents. Their application was also denied.

"My parents so support the love that Tom and I have for each other," Chadburn told The Huffington Post. "They can't understand why we don't have the right to marry."

Nichols, who grew up with four brothers, including an identical twin, said that he would like to marry in Virginia just as his brothers did.

"We love each other deeply, and we believe that we deserve to be covered by the same laws as my identical twin brother and my other three brothers who were married in Virginia," Nichols said. "I would love to be able to marry in Virginia, but we just can't."

The couple said they would go to Washington, D.C. -- where same-sex marriage has been legal since 2010 -- and apply for a marriage license after Thursday’s event.

The three couples making a statement in Arlington hope Virginia will soon lawfully recognize their love as D.C. and, since Jan. 1 of this year, neighboring Maryland have done for other couples. Canterbury and Malley are "cautiously optimistic" the change will happen in the near future.

"I know that Nadia and I are going to be together with or without marriage because we love each other," Canterbury said. "But only a legal marriage can give us the dignity as a valued couple, protect our medical and financial affairs, and declare that we are, in fact, equal as equal citizens under the law." 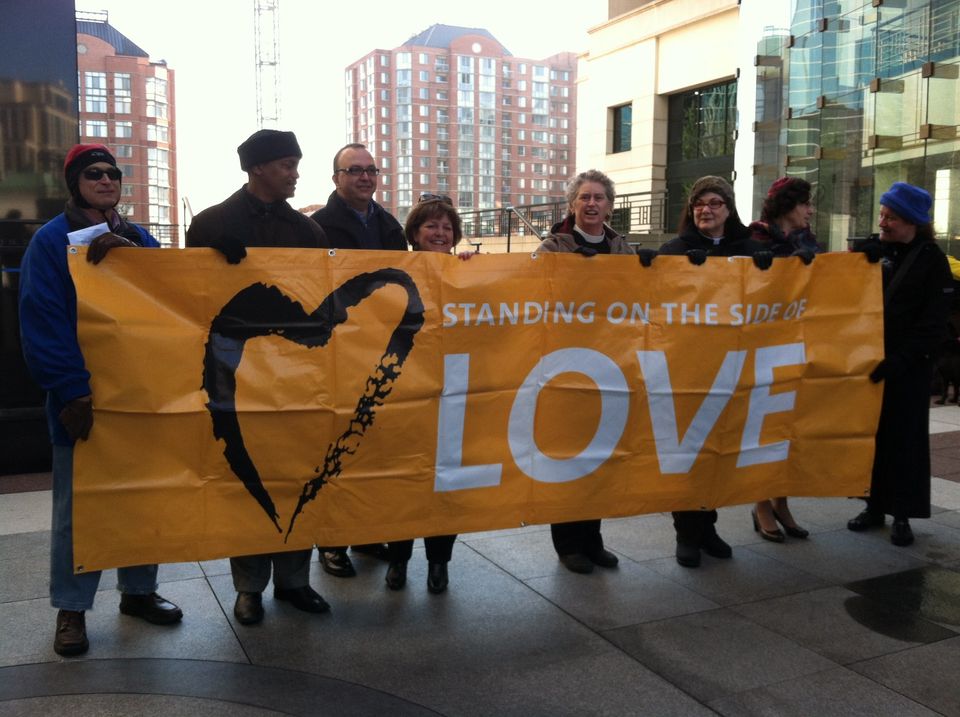 1 / 9
Faith-Based Support
Members of the faith community stand outside the Arlington Courthouse on Valentine's Day 2013 in support of same-sex marriage equality. The event, Witness for Marriage, aimed to spread awareness of marriage inequality and to encourage lawmakers to end Virginia's same-sex marriage ban.
Chelsea Kiene 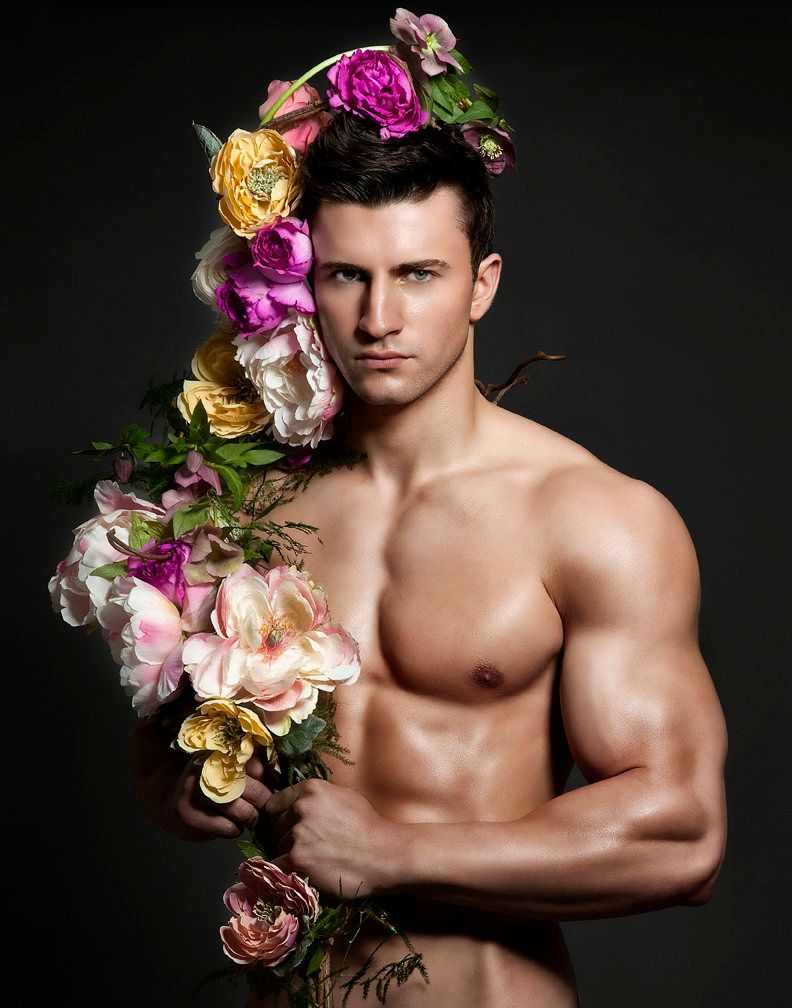