Two respected polls have produced conflicting stories about the standings in Virginia's race for governor. With less than a week to go before the election, Democrat Terry McAuliffe either has a "substantial" advantage over Republican Attorney General Ken Cuccinelli or is "clinging" to a narrow lead.

But on Monday, a new Washington Post/SBRI poll gave McAuliffe a twelve percentage point lead (51 to 39 percent) over Cuccinelli among likely voters, with Sarvis at 8 percent and just 1 percent undecided. The Post characterized McAuliffe's lead as "substantial" and fueled by a "rapid deterioration in the national Republican Party’s image among Virginians."

Not surprisingly, the HuffPost Pollster poll tracking model, based on all available public polls, splits the difference between the two new results and estimates a roughly eight percentage point McAuliffe lead (44.9 to 36.6 percent, as of this writing).

The discrepancy between the two surveys may result from the manner in which they selected likely voters. Among the broader population of all registered voters, the Post survey found a narrower, six-point McAuliffe lead (45 to 39 percent) that closely resembles the Quinnipiac result. Quinnipiac did not release results for all registered voters.

Quinnipiac's likely electorate had slightly more voters who said they identified with the Republican Party (31 percent) than the Democrats, with 31 percent describing themselves as independent. The likely voters in the Post poll, in contrast, gave the Democrats an eight point advantage in party identification (35 to 27 percent). In the 2009 election for governor, which Republican Bob McDonnell won by a landslide, Republicans outnumbered Democrats in the Edison Research exit poll by a 37 to 33 percent margin. 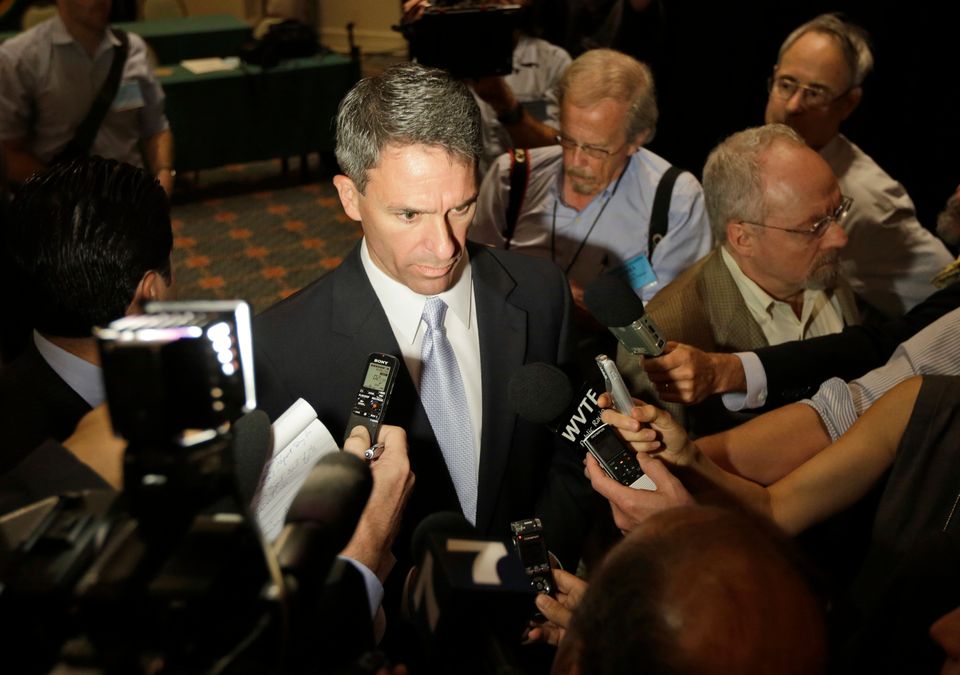