After a new bill passed in both the state Senate and House of Delegates this month, Virginia is set to become the 48th state that legally protects mothers' rights to breastfeed in public, wherever and whenever they choose.

Current law in the state permits women to nurse their babies on any spaces owned by the Commonwealth of Virginia, but it does not protect their right to breastfeed in a privately owned public location, such as a clothing store, coffee shop or gym. The new legislation, which passed with unanimous bipartisan support in both the Virginia House of Delegates and the Senate, will go into effect in July 2015, pending a signature from Gov. Terry McAuliffe (D). The governor has already expressed his support, The Washington Post reports. 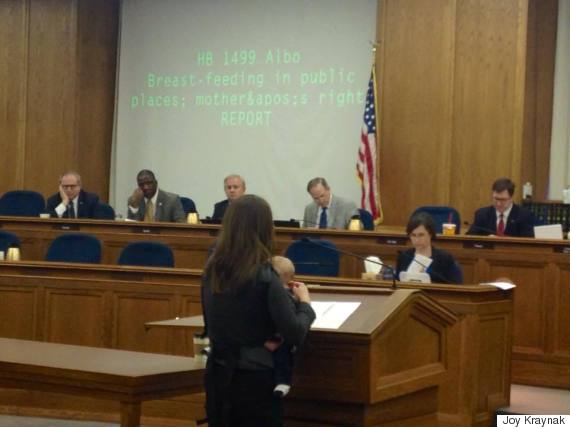 Mom Jill DeLorenzo testified before the House of Delegates while babywearing and breastfeeding.

Spearheading the effort to pass the bill were mothers Kate Noon, Crystal McCullough and Rebecca Geller, along with sponsors Sen. Jennifer Wexton (D) and Del. Dave Albo (R). In an interview with breastfeeding advocate and photographer Vanessa Simmons for Normalize Breastfeeding, Geller explained the significance of changing Virginia's policy. "Each mother should be able to make a decision about what's right for her child, and it is important that the law respects a mom's choices in feeding a child," she said.

McCullough told Simmons, "Without [this bill], women can be harassed and discriminated while children are denied the basic necessity of eating to survive. This bill will empower women." 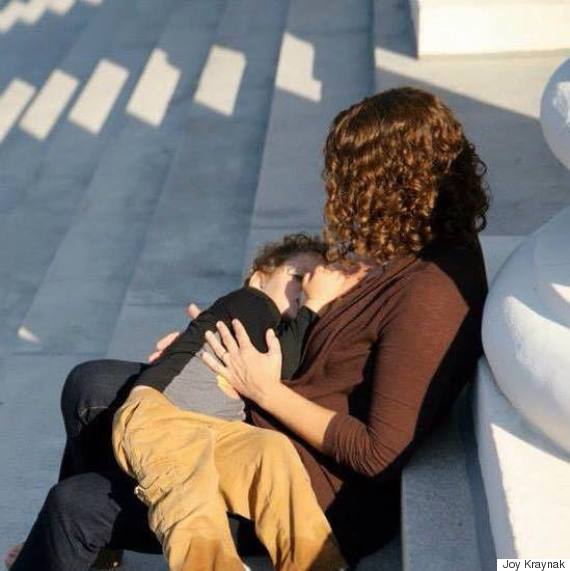 Kate Noon breastfeeding on the steps of the Virginia State Capitol

The only other states that don't protect mothers' rights to breastfeed in public are Idaho and South Dakota, where it is legal for business owners to tell breastfeeding women to leave their establishments.

Hopefully, news of Virginia's new law will compel mothers and legislators in those states to introduce similar bills. As Noon told Simmons, "This is a commonsense law and we are lagging behind."

Keep scrolling to see more photos from the bill's journey through the Virginia Senate and House of Delegates.