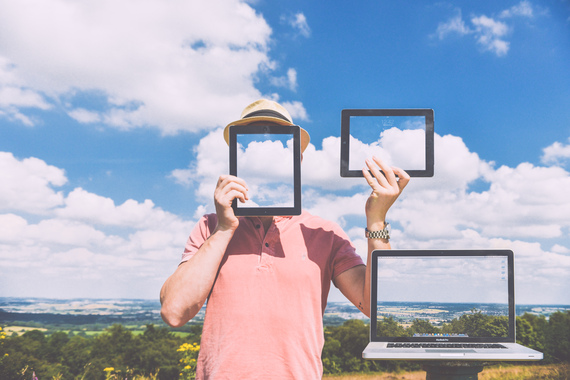 I use the Internet every day, and while online, I often times log into social networking sites such as Facebook or Twitter. Online social networks are an integral part of my and many other people's lives today -- for private as well as for professional reasons. For me, however, the Internet is more than just that. It's a fountain of knowledge that never runs dry; a place where I come across interesting people I would otherwise never meet, and a place where I learn a lot about our world and the many fascinating things that take place in it. The Internet gives room for different people from various backgrounds with all sorts of preferences, beliefs and styles.

From time to time, you can witness people discuss, debate and even argue online. You see, the Internet is just as diverse as all of life simply is.

"My" online network, usually, acts and behaves respectfully, friendly and kind. However, when I look over the edge of my filtered bubble, I witness people who act aggressively, hurtful and even denigrative on the Internet. On fan pages of big newspapers, underneath articles on the situation of Syrian refugees, for example, you find people demanding concentration camps being built for asylum seekers -- if they include gas chambers, even better. Kids are being mobbed so badly by other kids that many of these young victims consider suicide the only resort out of their terrible situation. Women are verbally attacked because they advocate for women's rights or higher wages, and people who dare to post a full-body picture of themselves that is not on a par with other's weight ideals are being insulted in the most unempathetic ways.

What is even worse, though, is that if the human target of the hatred complains about the disgusting behavior or even shows that he or she was seriously hurt and affected by the comments, this person is -- gladly -- further dissed: You "idiot," you "wimp," you "failure," you "b....," you "fat ass"... I'm sure you're all familiar with the terms that are typically used for these typed rampages.

When I read such postings, I always ask myself how the senders would act in their everyday lives outside of the Internet. Do these people also stand on the corner of a street and scream that they want the Fuehrer together with his atrocious World War II back? Or do they randomly insult people who stand on line at the supermarket register because they have a few too many pounds on their hips? Do they actually tell a woman directly in her face that she belongs behind the stove in the kitchen? Or do they position themselves in front of the next school and recommend some student to just kill themselves, because his or her mother "forgot" to carry out an abortion?

If that was the case, we would certainly read about it in the newspaper everyday and the prisons would be crammed. Or this type of behavior would be so mainstream that we would all witness it in our lives on a constant basis.

What baffles me, however, is that all of this bashing happens via profiles that carry people's real names, and that are, often times, linked to employers' or company pages. Pictures of the last family vacation are presented side by side with the accumulated verbal inhumanity -- obviously everything publicly. Do these aggressors seriously believe that they are moving in a legal vacuum; that the Internet is an unlegislated area? Do they believe that they can do whatever they want and act however they please online?

Furthermore, do these people lack so much empathy that they can't imagine that words are not just being written, but -- of course -- also read by third parties? Or do they simply not care -- or worse: Do they even enjoy what they are doing? 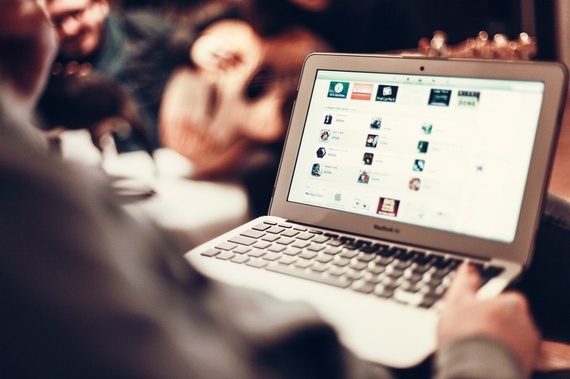 What's the reason for so many ignorant people? In my view, one of the main reasons is the still -- largely -- missing media education. Today, kids grow up with tablets and smartphones. By the time they are teenagers, they have learned how to type messages into displays with their thumbs alone in a matter of milliseconds. However, they don't know how exactly these messages are being spread on the Internet and how a social network operates in detail. Adults sign up on Facebook, without caring about the many functions and settings, and without even knowing the difference between a private and a public profile. How can these adults, who are often times also parents, teach their children how to correctly handle social media?

Furthermore, it's very important to recognize that part of the media education needs to encompass teachings on the virtues of empathy. We need to understand that we can damage just as much with typed words as with spoken ones. That matters can be discussed without having to verbally humiliate other people through our choice of language. That it's possible, even necessary, to remain silent sometimes when one disagrees or doesn't like something.

At the same time, we need to learn how we can defend ourselves and how to put up boundaries against aggressors. What possibilities are there on Facebook? Or through the help of the police? Or maybe even face to face? How can we react to such homicidal maniacs who turn their keyboards into deadly machine guns? Should we ignore them? Should we start a discussion? Should we diss back?

Unfortunately, I don't have a universally valid or satisfying answer either. However, the one thing I am certain of is that we must, finally, discontinue making a distinction between the "Internet" and "real life." This separation is what opens the door for the hatred in the first place; a hatred which is, therefore, experienced and witnessed much less on a face to face basis.

What is clear is that the Internet has become an integral part of our daily lives and it won't disappear. It's a significant component that will determine our private, as well as our professional lives, more and more. If that is the case, why can't we act and communicate online in the same manner we would offline? As far as I'm aware, most of us don't suffer from a personality disorder in the pathological sense.

So please, you haters, be online more frequently the way you probably are offline most of the time: friendly, respectful and fair. We all live in the same world, no matter if our lives are currently taking place online, offline or even in both spheres simultaneously -- let's make it a pleasant experience, at all times!