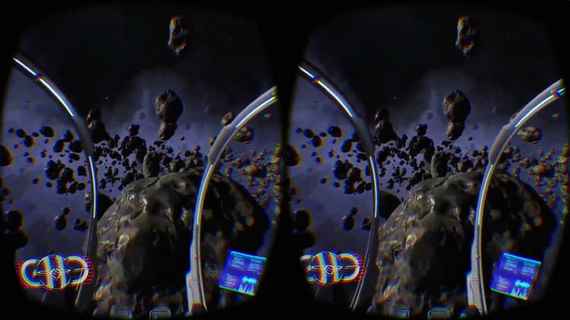 Let's kick things off with some depressing news first. Although the prospect of taking a vacay in space is thrilling, it's also unrealistic -- at least for the remainder of this century. Sure, there are reusable rockets and tourism-fitted spacecraft, but we're still decades away from delighting in weightlessness.

So if you can't bring people to space, the next best thing is to bring space to people -- through a combination of virtual and augmented reality.

Ben Grossmann is one of the nation's top video effects specialists. Given the kinds of breakthroughs in technology behind the development of artificial worlds that looked remarkably close to the real thing, he decided to help found a company that would focus on virtual reality and augmented reality services.

That's how Ben Grossmann's venture Magnopus came into being. Grossmann is no stranger to the future of video: He's one of the nation's top video effects specialists and has an Academy Award to his name. But Grossmann wanted to move beyond film into offering a totally different experience for audiences.

On Wednesday afternoon at the International Space Station R&D Conference 2016, Grossmann described what VR and AR meant for the future of space travel and exploration.

In short: The technology is sick. Grossmann talked about how, in 2004, it took more than an hour for clusters of computers to render a single VR frame. Now, that performance rate for a single system is down to about 60 to 90 frames per second. And we've reached a point where VR and AR "transcend your body's ability to feel that it's fake," said Grossmann. "It feels real."

There are two major ways to use VR and AR to allow people to experience space. You can either capture a scene and render in a 3D interactive environment. Or you can create an entirely new world from scratch.

In the first instance, you don't even have to rely on static images. Grossmann showed off a wicked-cool video of a 360-degree camera used to film the Space Shuttle Endeavor Crew several years ago. If you can manage to livestream a feed of the video back down to Earth and into VR and AR headsets, they could experience the spacecraft and the crew as if they were there. "There's an impression that you are observing what somebody else is doing," said Grossmann. "You forget very quickly that you're not sitting right there [away from the scene]." You're wearing a headset, but it feels like you're standing in front of someone who is on this world -- or off.

The more difficult endeavor is to create a whole world from scratch. Grossmann and his team turn to the advances made in game engine technology to create a simulated experience. He calls VR and AR "the intersection of Hollywood and video games," allowing people to go where they've never been before. (Spoiler alert: Everyone wants to go to space.) 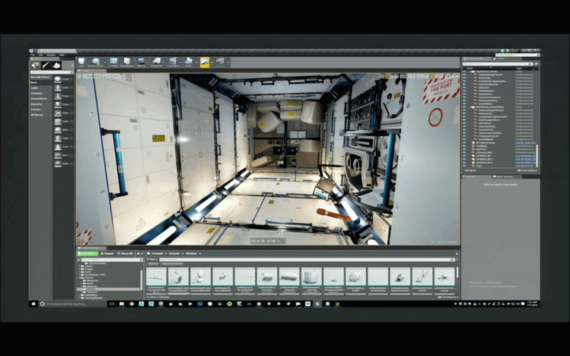 VR and AR aren't exactly brand new ideas for NASA. Since 1990, NASA has used this kind of technology to train astronauts for tethered and untethered spacewalk activity. The agency recently teamed up with Microsoft to create Hololens-assisted virtual tours of Mars -- for both the public and for scientists -- using images taken by the Curiosity rover.

Perhaps the most interesting aspect that comes along with VR and AR experiences of space environments isn't just the ability to see space, but feel space as well. "When you experience space in a VR state, your body starts to lose weight," said Grossmann. (Not literally, of course, but your body begins to forget it's in a place where gravity exists, which is pretty trippy.) "You start to forget where your feet and hands are, and your brain begins to mimic weightlessness."

It's only a matter of time before VR and AR become a bigger focus of the way space is shared with the rest of the world. If you think the images NASA releases are amazing, just wait to get enraptured by the chance to drown in a 3D world of them from inside an Oculus Rift.