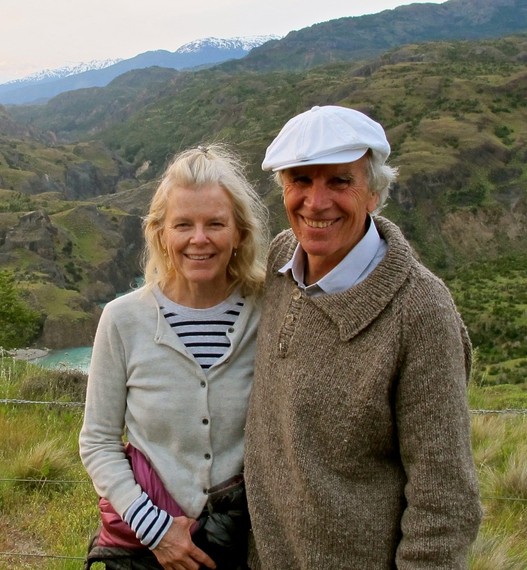 Environmental activists in Chile and around the world mourn the passing of Doug Tompkins, who died in a kayak accident in his beloved Patagonia yesterday. The eminent entrepreneur and conservation pioneer was an inspiring visionary and had the rare gift to turn his vision into practice.

Doug Tompkins was born in 1943, and was an exceptional adventurer and outdoor lover throughout his life. He dropped out of school and moved west to climb mountains and ski when he was 17. Tompkins founded The North Face as a mail-order company for backpackers in 1966, and shortly thereafter undertook his first road trip to Patagonia to explore the wilderness and climb Mount Fitz Roy. After he returned, he founded the Esprit clothing company with his first wife, and grew the company into a billion-dollar enterprise.

Doug Tompkins was a passionate environmentalist. In the late 1980s, he sold his shares in Esprit to create the Foundation for Deep Ecology. Around the same time, he moved to Southern Chile to work for the protection of Patagonia. Through the Conservation Land Trust, he bought and conserved more than 8,000 square kilometers of wilderness in Chile and Argentina, and worked to turn some of these lands into national parks. Pumalin Park, at the core of his new home, covers almost 3,000 square kilometers of temperate rain forests, rivers and lakes from the Andes to the Pacific.

After the turn of the century, Patagonia - one of the world's largest remaining pristine regions - was threatened by the HydroAysén Project, a series of five proposed mega-dams on the Pascua and Baker rivers. The project would have required the construction of 2,000 kilometers of transmission lines through forested areas to serve the cities and mining companies in central and northern Chile. Doug Tompkins strongly supported the Patagonia sin Represas campaign, a network of activists that grew into a national movement. The campaign, which International Rivers supported at the international level, was eventually successful when the Chilean government cancelled the environmental permits for the five dams in May 2014.

Doug Tompkins was more than a supporter and an activist. He was a personal friend to the many people who have devoted their life's work to the protection of Patagonia. "At a personal level he was a very good, generous friend, and a mentor in many ways," said Juan-Pablo Orrego, the President of the Chilean NGO, Ecosistemas, and a Board member of International Rivers. Monti Aguirre, who coordinates our own Patagonia campaign, remembers Tompkins as a sharp strategist and a dedicated, fearless conservationist.

Doug Tompkins has passed on, but his legacy lives on in the pristine lands he has protected and in the example he has set.