As we set our sights on the coming year, the Interwebs are buzzing with predictions of future tech trends, new economic tidings and the biggest fashion trends you haven't heard of yet. While it's fun to make predictions, even the wisest experts have to rely partially on conjecture. This often yields hilariously inaccurate guesses, which leads us to these 11 visions of the future that were woefully wrong: 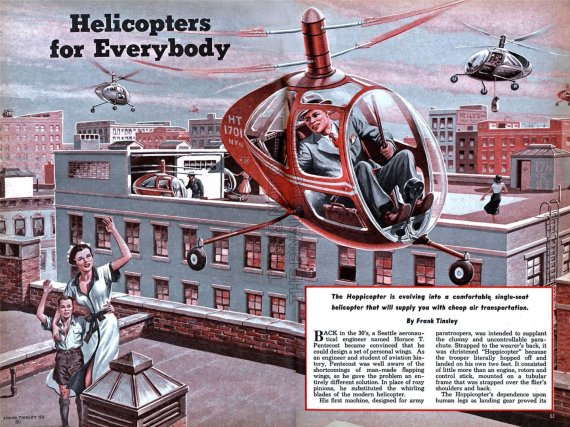 The proletariat approach to helicopters

In a January 1951 Mechanix Illustrated article, Frank Tinsley foresaw a future of cheap transportation, via personal helicopters. Unfortunately, only Bond villains believed him, which is why you've never gotten stuck in rush-hour air traffic on your way to work.

You could have lived in underwater a coral rock. We got nothing but regrets.

At the 1985 FutureWorld Expo in San Francisco, organizer Todd Mills predicted that man would soon shack up under the sea. Mills told United Press International that in the future, energy produced by "laser fusion" would fuel underwater cities. This did not come true, and we want an explanation.

Scientists thought that the Earth would be surrounded by orbiting factories and science laboratories, as humans learned to harness the potential of a gravity-free environment.

In 1900, American civil engineer called John Elfreth Watkins was ready to say hasta la vista to those letters, saying, "There will be no C, X or Q in our everyday alphabet. They will be abandoned because they are unnecessary." You don't need any of those letters to tell Watkins that he was t-o-t-a-l-l-y w-r-o-n-g.

According to scientists in the '20s, animals who didn't find a way to make themselves useful to humans would eventually go extinct. Gizmodo blog Paleofuture unearthed a Ladies Home Journal article from 1926 called, "Animals Must Pay Their Own Way," which predicted a world where monkeys would be an important source of manual labor. This alternate reality would have been bad news for anybody who loves sloths.

6. Horses would never be replaced by cars. 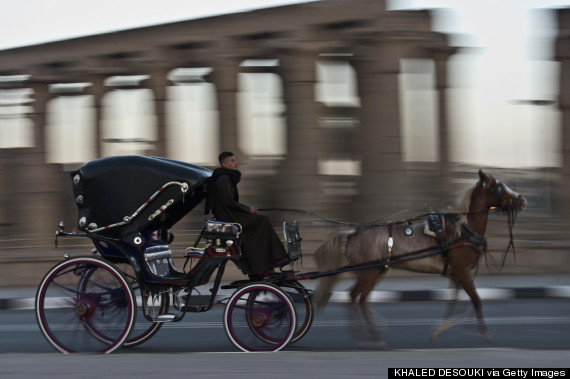 The President of the Michigan Savings Bank told Henry Ford's lawyer that, "The horse is here to stay, the automobile is only a novelty -- a fad." If he had been right, your home garage would probably be a stable right now. 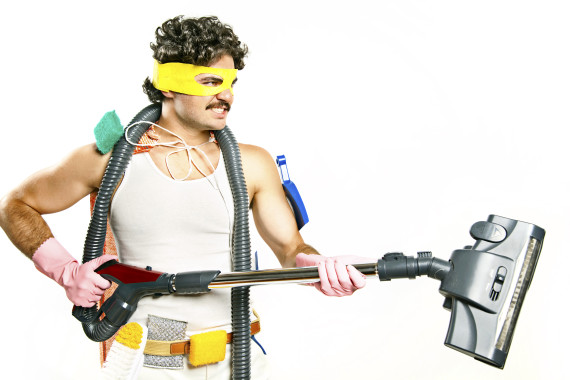 Arthur C. Clarke predicted this gem of the imagination in a 1966 Vogue Magazine article, in which he estimated that houses would fly by 2001. This would have allowed you to transport your home to warmer climates during winter, or to wage an ongoing "disappearing house" prank on your siblings. 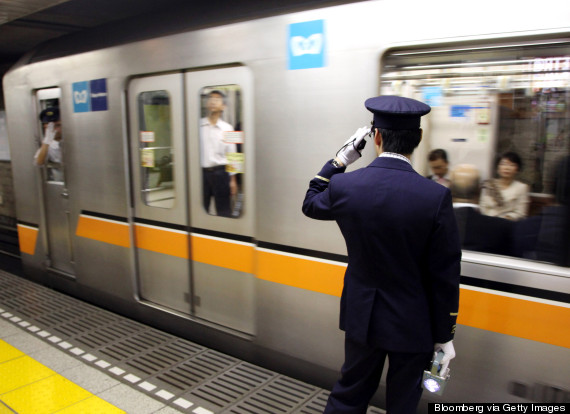 19th-century scientist Dr. Dionysys Larder claimed, "Rail travel at high speed is not possible because passengers, unable to breathe, would die of asphyxia." Luckily for Amtrak enthusiasts, he proved to be mistaken.

BRB, throwing our computers away.

Not everyone was convinced that PCs were the way of the future. Ken Olson, president, chairman and founder of Digital Equipment Corp, predicted that "There is no reason anyone would want a computer in their home." In case you're wondering, his fortune telling career never took off.

11. Human labor would soon be obsolete.

In 1956, Nobel Prize winner Herbert Simon predicted that human labor would soon become replaceable by robots; saying, “Machines will be capable, within twenty years, of doing any work a man can do." Luckily there's no robot that can take a coffee break quite like you.

These odd predictions from years past make you wonder why people still bother trying to guess what the future of technology will look like. Maybe they hope they'll be like Isaac Asimov, who made some eerily accurate predictions about the year 2014. Or maybe they're optimistic that, if nothing else, they can offer fuel for humor posts of future generations, allowing people to giggle at the cluelessness of scientists past from their self-navigating inter-galactic space cars.