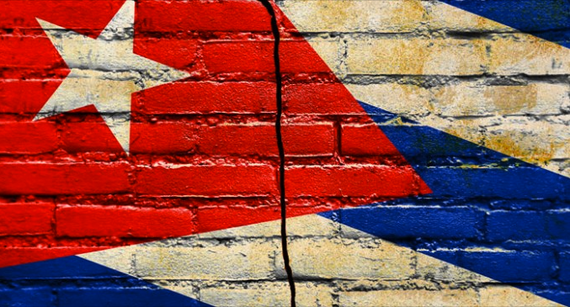 I was besieged in an instant. The moment President Obama announced to the world the momentous change he's implementing regarding normalizing relations between the United States and Cuba, my phone went nuts -- texts, calls, emails, Facebook messages, Google alerts -- all of it, all at once.

For those who know me even a little, you know two things to be true: I'm pretty damn proud of being Cuban; and I'm pretty damn obsessed with U.S. politics. So it only stands to reason when the biggest news in more than half a century involving Cuba and American politics is happening in real time, a lot of people would automatically reach out to me. The thing was, I wasn't quite ready to discuss it. I am now.

First, a little context: I was born in Boston to trailblazing Cuban parents who fled the atrocities Fidel Castro inflicted on their homeland. Thanks to my parents, grandmothers and other relatives, I grew up speaking Spanish, listening to Cuba's salsa queen, Celia Cruz, on the stereo, memorizing the Cuban national anthem, and learning about José Martí, Cuba's answer to George Washington. I also ate Cuban food (lechón, yuca), spoke rapid-fire Spanish (as all Cubans seem to do), immersed myself in Cuban culture (dominoes) and -- though I am undeniably and proudly American -- even today, when I close my eyes, I smile, kiss, love and dream in Cuban. I. Am. Cuban.

Here's the shocker: I've never actually set foot on the island because of the unspeakable horrors Castro has been carrying out with a ferocious relentlessness that somehow seems to be largely lost on my otherwise educated, politically-savvy American friends. They all have a way of making me feel petty or overly dramatic when they ask me, half-smirking, "Has Castro really been that bad?" Yes. A million times, yes. And if at a minimum you don't recognize that undeniable fact, you might as well stop reading this right now. Let me be unequivocally clear: Fidel Castro is a despot, a dictator, a fraud who sacrificed the well-being and freedom of his people for his own grab at power -- the oldest story in world politics. Fidel Castro is a liar. Fidel Castro is a coward. Fidel Castro is a monster.

But, here's the rub -- the joy I felt in my heart when President Obama said that the United States and Cuba were working towards establishing diplomatic relations after more than 55 years of geopolitical paralysis was -- and remains -- real inside of me. So very real. I do believe that the time has come for the Cuban people to get to know us. This wasn't a conclusion I reached easily or without considerable painful introspection. How Castro impacted my family -- and so many thousands of other families unwillingly driven from their homes in search of opportunities formerly available to all Cubans -- is tangible and heartbreaking every single day in most Cubans' lives.

When I lived in Los Angeles, many of my successful Persian friends told me how completely they related to my family's experience as they, too, fled their beloved Iran when the religious extremist Ayatollah Khomeini seized power. Useful tip: If you haven't lived through something like this -- the displacing of your entire family to a foreign land -- take extra care before declaring your opinions to those of us who have.

Over the years, and as an editor in chief of numerous magazines, I've been given several opportunities to visit Cuba in an official "cultural exchange" capacity. Out of respect for my parents, aunts/uncles and friends' relatives and the gargantuan hardships they've endured because of Castro, I always flatly said, "No." When I was the top editor at Time Inc.'s People en Español, the largest magazine for Hispanics in the United States, I again was offered a week-long trip to the mysterious nation I longed to see. Though I was extremely tempted to accept, I sadly declined once again. I would always joke that I'd surely cause "an international incident" if Castro came within earshot of me. 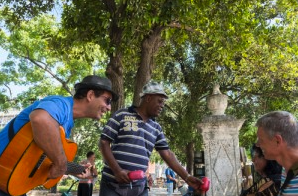 The other issue, as the editor of an important magazine and a semi-public figure in the Hispanic community working at the country's largest magazine company that was then owned by the nation's largest entertainment conglomerate (Time Warner), if I actually had gone to Cuba the reaction by many (mostly) older Cubans in Miami would've been explosive and toxic, with threats of boycotts for Time Warner and even the real possibility of violence for "promoting Castro's propaganda" by me visiting Cuba. This was potentially a highly charged situation and I wasn't interested in lighting the fuse.

When I told my mother, Addy, a former university professor and longtime pharmacist, about the offer to visit Cuba and how I, once again, turned it down in part respecting her wishes, she sat straight up in her chair and said a most unexpected thing: "My wishes? Oh no, sweetie! You must go to Cuba and soon -- before the Holiday Inn gets there! You have to experience Havana when it's bathed in its beautiful pink light right before the fading sun washes over the city. You have to go and breathe the air from the Cuba I remember, the Cuba you were taught to love." I sat there speechless -- and sad.

Can you imagine never setting foot in the country you're from? What if Bruce Springsteen sang so passionately about New Jersey only as an idea in his head and heart as my dear friend Gloria Estefan has had to do about Cuba for so many decades? This issue is a tough one for all Cubans, but I have concluded that what I believe is best for the Cuban people and for everyone in the United States is more openness, not less; more dialogue, not less; more contact, not less.

Cubans -- both there and here -- are an ambitious, gregarious, happy people. We love to tell fantastical stories with exaggerated embellishments that enthrall and mystify our friends and foes alike. We love, laugh and play hard, but also take pride in our unrivaled ambition and work ethic. It's about time to bridge the genuinely tragic 90-mile divide that exists between all Cubans. Imagine how powerful, how epic the coming together of one culture in two lands would be. 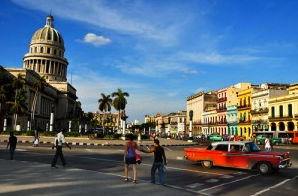 I'm not a Pollyanna, and I'm quite aware of the strength and certain logic in the opposing viewpoint, particularly among older Cubans. But here's my question to them: How much longer are you willing to wait the Castros out? This nonsensical policy has been the law of the land longer than I've been alive. It's time to stop. And it's time to come together. Not for Castro -- to hell with him and his brother -- but for my amazing homeland I have never seen but have wept for the entirety of my life, and for the country in which I was born, a place I'm so proud to hail from.

So, here's my hope today: The time has come to tell a new fantastical story, one that begins in a magical place called Havana bathed in a mystical pink light. Make no mistake, I will breathe that Cuban air and I will proudly return to my home in America to regale my friends with the stories I experienced. How could I not?

The Cuba of my dreams will soon become my reality. Only then will I be free. Cuba libre -- how sweet, indeed.