President Barack Obama and Cuban head of state Raúl Castro announced in December they would take steps to restore diplomatic relations for the first time since 1961. The U.S. eased travel restrictions somewhat, though the embargo has yet to be lifted and outright tourism remains forbidden.

Even so, U.S. tourism to the island is expected to grow, according to the Associated Press.

Some opponents of the Castro regime insist that traveling to Cuba does nothing more than prop up the Communist government with tourist dollars. But to much of the rest of the world, Cuba is just another country and visiting it doesn't imply a breach of ethics. On top of that, Cuba's unique history has left it somewhat paralyzed in time and walking around Havana or Trinidad is a truly unique experience for any visitor.

Here are 10 reasons to visit Cuba.

There's music on every corner 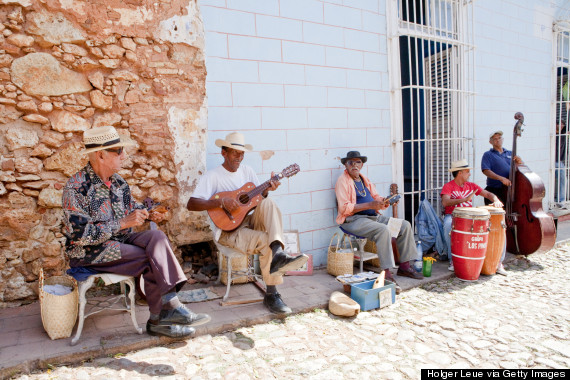 Cuba is well known for its thriving music scene. Street musicians are found on every corner, and because it's a state-licensed job, those who stop to listen are expected to pay. You can also visit various music clubs, from the famous jazz club La Zorra y El Cuervo to Casa de la Música in Havana. You will hear everything from Cuban Son, made internationally famous by Buena Vista Social Club, to rock, to hip hop, to nueva trova on the island. 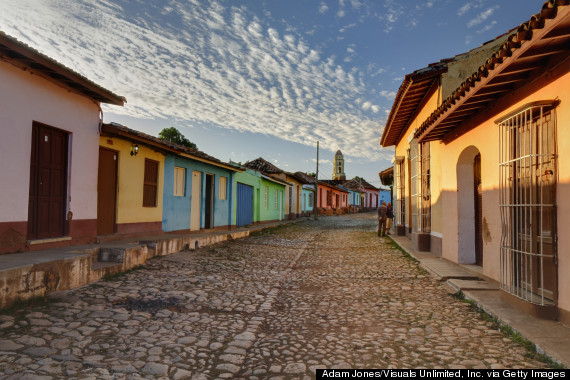 Cuba is full of interesting historical sites. The town of Trinidad, a UNESCO world heritage site since 1988, is one of the greatest collections of colonial architecture in the Americas. Morro Castle in Havana is another impressive historical site. It is a fortress built in the 16th century to help defend the bay from attacks. If you’re interested in more recent Cuban history you can visit the monument of Ernesto Che Guevara in Santa Clara. The revolutionary’s remains are in a mausoleum below the statue. 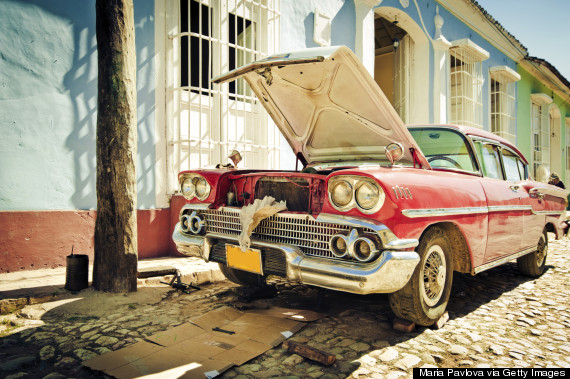 New cars are difficult to acquire in Cuba due to the trade embargo, Cuba's lack of an auto industry and low wages. Consequently, Cubans have been forced to use some creativity to keep old American cars from the 1950s up and running. It's become an emblematic image of Cuba, giving the sensation of traveling back in time. A lot of the vehicles have been repainted and fixed with spare parts from other cars so many times they’ve become unrecognizable. 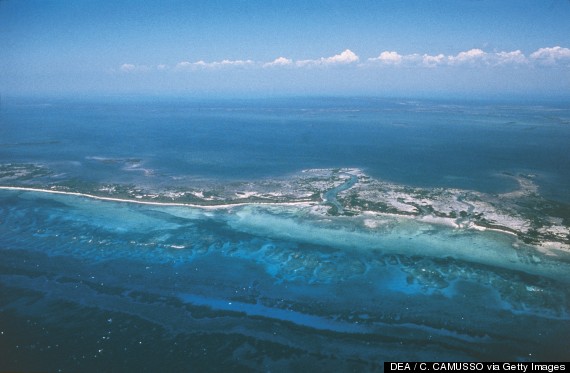 Cuba's waters offer a variety of scenery to divers, from shipwrecks to untouched reefs. Los Jardines de la Reina (The Queen’s garden) has some of the healthiest coral in the Caribbean, according to Diver Magazine. These groups of small islands and reefs are 60 miles off the coast of Cuba and have remained practically untouched for 60 years.

...as well as historical hikes. 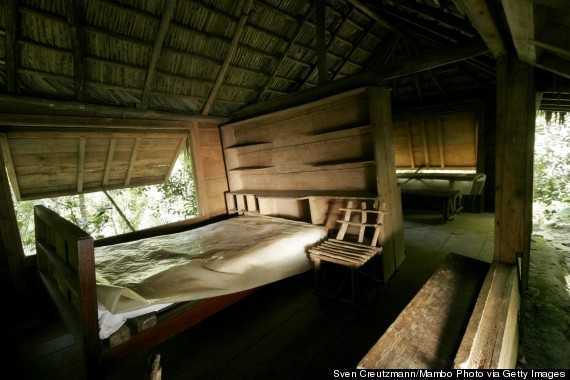 La plata mountain trail in the Sierra Maestra mountain range is a trek to Fidel Castro's rebel headquarters during the Revolution. The four-hour hike leads to La Comandancia La Plata, where Castro and the rebels lived. The site includes a small hospital structure, a museum and Castro's living quarters. 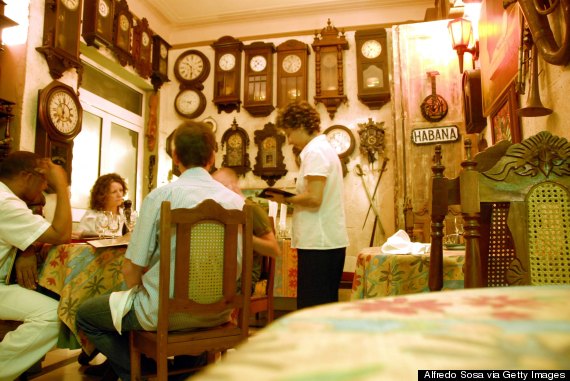 Paladares are privately run restaurants in Cuba that have opened up the island's notoriously stagnant culinary scene. They started in the early 1990s during the post-Soviet economic crisis, when the Cuban government was forced to allow some private businesses to run, according to The New York Times. Before this, government-owned restaurants offered a somewhat lackluster culinary experience. Now, following Raúl Castro’s economic reform program in 2010 and the tourism industry's steady rise, the largely family-run paladares have evolved to become an attraction for foreign visitors.

For the love of baseball 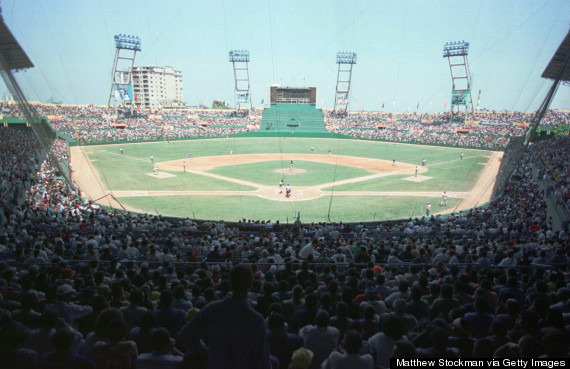 Cuba is well known for its love of baseball, as it's the island's national sport. Experiencing a game at the Latinoamericano stadium also gives the feeling of going back in time. It's the largest stadium in Cuba and the only one that has a small booth selling shirts and caps. Food is limited to peanuts, fruits and ham sandwiches. Yet Cuban fans' enthusiasm creates a fun atmosphere. 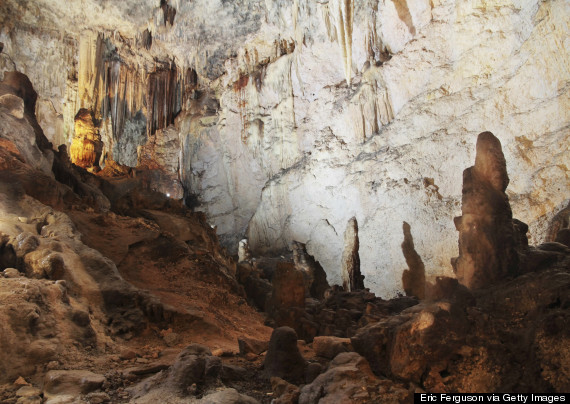 The Caverna de Santo Tomás is the biggest cave system in Cuba, covering over 45km. It's a great place for professionals and amateurs alike as there is a guided 90-minute tour through 1km of the cave. It's not yet overrun with tourists, making the visit more enjoyable.

Because it's now easier to go there.. 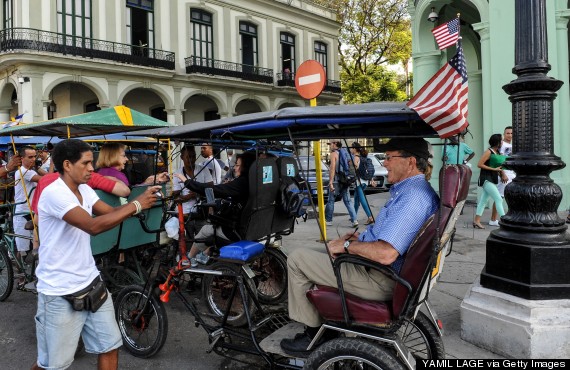 When the Obama administration took measures to open up relations with Cuba, it made travel to the island somewhat easier. Americans traveling for any of the 12 permitted categories of travel -- including family visits, government business and cultural exchanges -- no longer have to ask permission from the U.S. Treasury before going. Popular travel site Kayak.com recently posted information about flights and hotels in Cuba, even though you still can't book them directly on the site.

but it's still kind of forbidden. 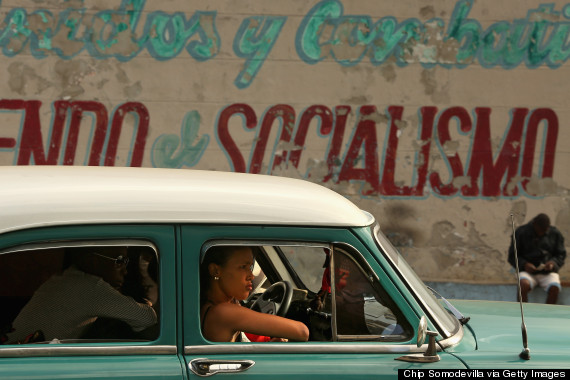 To be able to go to Cuba, Americans still need to look over the rules and see if they qualify for any of the 12 categories of travel permitted under a "general license."

"As long as with integrity they can say they're going to engage with the Cuban people and learn about Cuba and talk about the United States then they don't have to do anything other than say that's what they're doing," John McAuliff, executive director of the Fund for Reconciliation and Development, told the Associated Press. The restrictions make visiting the island an even more unusual experience.

Why You Should Consider A Trip To Cuba, Even If It's Kind Of Prohibited
Cuban Classic Cars 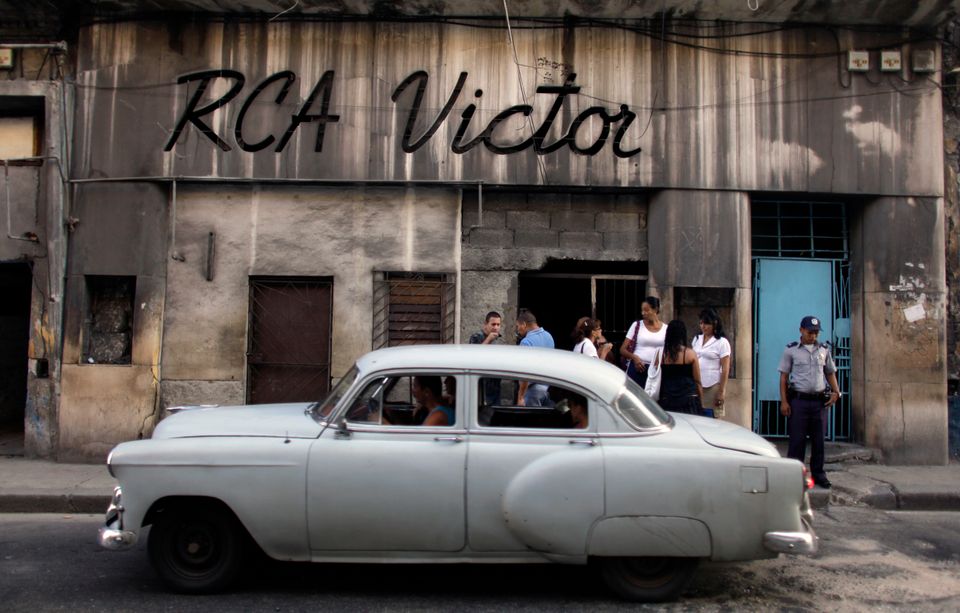 1 / 37
A taxi driver takes passengers in a classic car as people line up to buy a cup of coffee from a vendor's home, formerly the RCA Victor building in Havana, Cuba, Wednesday July 13, 2011. (AP Photo/Javier Galeano)
AP