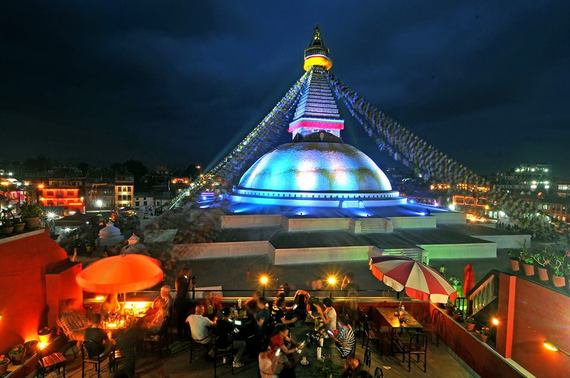 Nepal, the birthplace of lord Buddha and country of Mt. Everest, is one of the most beautiful countries in the world. Last year, massive earthquake tried to destroy the beauty of Nepal. The small and beautiful country faced dreadful disaster ever in the history. Of course, that monster disaster destroyed some heritages, temples and ancient places including tallest tower Dharahara, one of the most important heritage and a major identity of Nepal. More than 700 monuments in Kathmandu and its environs were damaged in the quake. But that earthquake couldn't damage natural beauty of Nepal and 'Hope' of Nepalese people.

More than 800,000 international tourists visit Nepal each year, with travel and tourism contributing more than 8 percent of the country's total $66 billion GDP (gross domestic product) in 2013 and close to 9 percent in 2014. According to a report of World Travel and Tourism Council, Nepal's travel and tourism sector directly generated 487,500 jobs in 2014, representing 3.5 percent of the total employment in the country. Before the quake, the World Travel & Tourism Council had predicted those numbers to rise by 5.8 percent for 2015. But after the quake, thousands of tourists cancelled their trip to Nepal and Nepalese tourism became almost dead. Almost all countries including USA, UK, New Zealand, had issued a travel advisory, advising their citizens not to visit Nepal in the immediate aftermath of the earthquake. The US is the third largest tourist source market for Nepal. According to government statistics, Nepal receives around 50 thousands tourists from the US each year.

Last month, the US Department of State cancelled its travel warning for Nepal completely. A travel warning was issued last year, citing geological instability following the earthquake and the monsoon season, unrest in the Tarai region and fuel crisis. Issuing a statement, US Embassy in Kathmandu said the travel warning was lifted "because conditions have changed".

Yes, conditions have changed. Nepal is reviving now. Rebuild is in progress. There are many beautiful places and tourist attractions in Nepal, which are completely safe and beautiful as before. This is time to visit Nepal to support to revive Nepal. If someone has a travel plan in this summer, it's time to choose Nepal. Someone's regular travel plan can support to give life for Nepal. World's top celebrities are also visiting Nepal urging to visit Nepal. 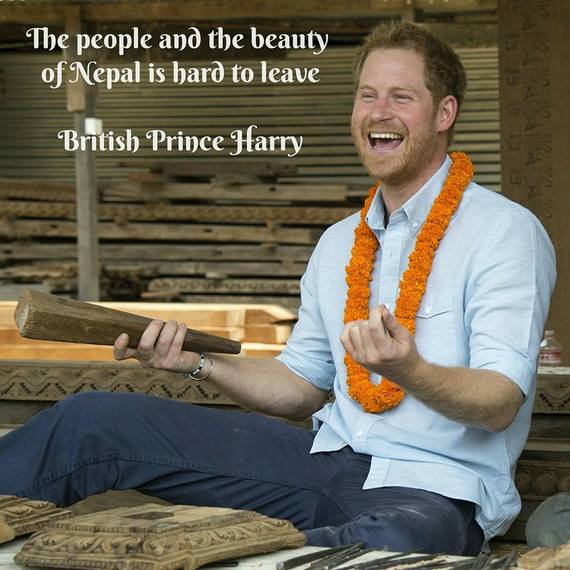 Recently, Prince Harry visited Nepal and paid tribute to the resilience of the people of Nepal in recovering from last year's devastating earthquakes. Prince visited Patan Durbar Square, a UNESCO World Heritage Site featuring an ancient royal palace and temples that were badly damaged in the quake. He contributed to the reconstruction of schools in the rural area of Nepal. His visit is a good message to the world to urge to make travel plan to visit Nepal.

Now US-based Nepalese fashion designer Prabal Gurung is in Nepal. He is also spreading the same message. English footballer David Beckham visited Nepal few months back. His visit was also meaningful to create a positive vibration to urge people to visit Nepal. Likewise, other famous celebrities are also visiting Nepal, which means a lot for Nepal in this situation.

Are to planning to go somewhere in this summer? Are you planning to enjoy your vacation with purpose? Your trip can be a drop of nectar to revive a country. Make plan to visit Nepal. Visit Nepal to revive Nepal.

LOL! @prabalgurung is serving on @snapchat Yes I caved in!!!! pic.twitter.com/5Nxg930evp