Girls is the coming-of-age love child of a Nora Ephron rom-com, Joan Didion prose meandering and Woody Allen-esque awkwardness over a Sex and the City best frenemies through-line. But the starring role doesn't go to the first-billed cast member, it goes to the city of New York. Move the focus way back and it's massive, buzzing with electricity and charging with crowds of anonymous faces, but when you dial it back down, all the familiar characters are there.

Millennials know Ray, or at least a variant of Ray, and the wealthy post-grad girls procrastinating through seemingly make-or-break life decisions on their daddy's buck; they know the endless wade of entry-level or service jobs, and cool/horrible parties from which the outcome depends entirely on how much alcohol is involved. Or maybe some don't, but it feels like they do because of shows like Girls, full of people viewers come back to every week.

But what is it like to wander those exact streets and see the bars and the parties and the workplaces IRL, 3D, off the technicolor tube? Is it possible to hang out where our favorite characters hang out? Well, read on and you might find out. 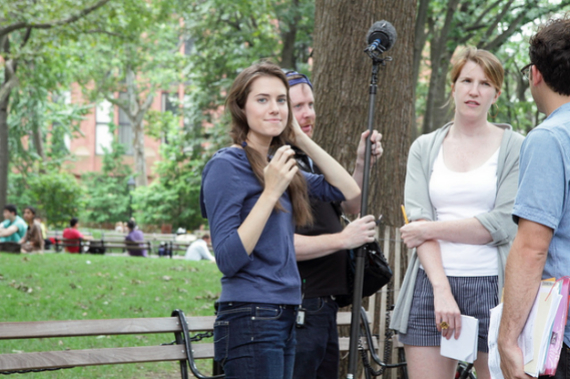 Pack a sexy-preppy dress because you never know who might bump into at Lehmann Maupin. In the first season of Girls, Marnie spends her glamorous days toiling away in this hip Lower East Side art gallery, mingling with the bad boy of contemporary art, Booth Jonathan (played by Jorma Taccone).

Off the box, Lehmann Maupin is one of the premier independent galleries in the city, with two locations in Manhattan and one in Hong Kong. They've launched the careers of some of the coolest contemporary artists you've never heard of: Tracey Emin, Anya Gallaccio, Liu Wei, Juergen Teller and others all had their first one-person exhibitions in New York at these galleries.

Afterwards, get your girls and shimmy over to the legendary Bowery Ballroom for a drink and a show by a band so hip you've definitely never heard of them. 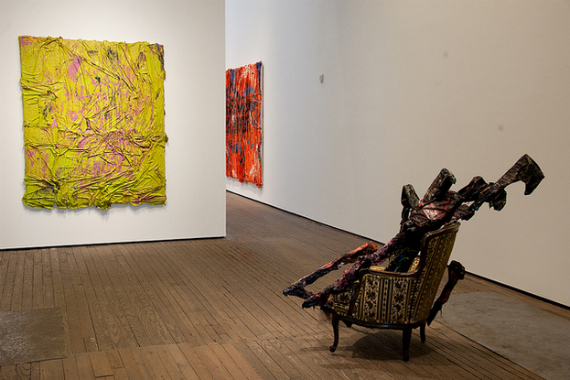 Photo of the Angel Otero: Memento exhibit at the LES location of the Lehmann Maupin Gallery, by HappyFamousArtists/Flickr.

White Russians haven't been so popular since the day "the Dude" first started toting them around as an accessory to his bathrobe, but Tom & Jerry's 288 Bar in Nolita has seen a swift resurgence of the drink since the Girls episode in which Jessa downs one at the bar before going off to hook up with a dirty stranger in the bathroom.

Can you still pride yourself on being a hip, divey neighborhood joint after being featured on one of the biggest shows in the world? It doesn't matter. Tom and Jerry's is still cash only, still decked out in an eclectic cat and mouse themed decor behind the mahogany bar, and still serves a fine variety of microbrews. Wear a cropped tank and a lot of denim, because this one might be a rowdy night. 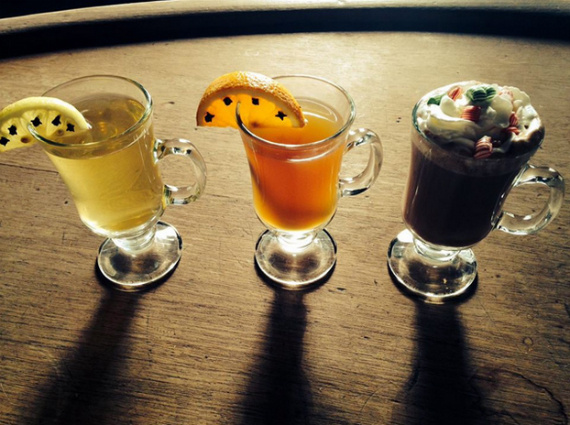 Magnolia Bakery is, like, so Gen X. Instead get some vegan and gluten-free cupcakes at BabyCakes NYC!

In the same way Sex and City turned Magnolia Bakery into the holy grail for single white females both local and visiting, Girls is quickly cementing BabyCakes NYC as the twentysomething vegan and gluten-free alternative (it's stereotypical and so hip it hurts, but it also means that more people can enjoy these unrefined-sugary confections!).

The first shot of a BabyCakes cupcake you see in the show is the now iconic scene of Hannah eating one in the bathtub in the first season, and it appears again when Shoshana runs into the weird guy she knows from camp who she awkwardly tries to lose her virginity to afterwards.

Try their delectable gluten-free Red Velvet cupcake and see if you can't just chow down on the whole box right there on their famous stoop. 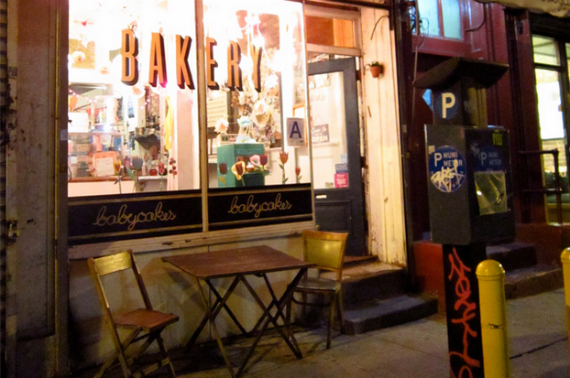 Photo of BabyCakes NYC on Broome St, by bitchcakes/Flickr.

Hit up a party in Bushwick - as Jessa says, "All of Brooklyn and two-thirds of Manhattan will be there."

This party is so cool it doesn't even exist anymore. The address given for "the best party ever" in episode 7 of the first season, 45 Bushwick Place, was a made up one, but these parties come and go so fast it's like they never even happened anyway.

Walk past the industrial lofts of Bushwick Place during the day and you'll pass a café full of bearded hipsters and artsy freelance chicks, cool brunch restaurants and a mom and pop taco restaurant, but at night, the grates go down on the storefronts and the bars start to light up. The best bet for finding a decent party is by checking the calendar on the Bushwick Daily website. 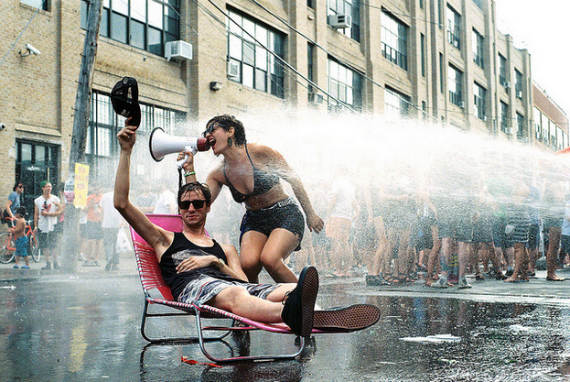 Photo of a Bushwick block party, by Adrian Miles/Flickr.

Enjoy a latte with Ray at Café Grumpy

Of course Café Grumpy has to be on this list, because it's the place of employment for Hannah and Ray, the grumpiest of all of the grumps in the show. It also just serves a damn fine cup of coffee, which is nothing to shake a stick at in a town charged up with too many Starbucks and fake hipstery indie places that rely more on appearance than taste.

Long-hailed as a solid coffee joint well before the advent of Girls, Café Grumpy is actually a chain of coffee shops with four locations all over the city known for their artistic love for finely executed coffee.

Their Greenpoint location is known best for its major role on Girls but is also loved best because it's home to the Café Grumpy Roastery, a restored vintage Probat coffee roaster that the team uses to hand roast small batches of specialty grade coffee. 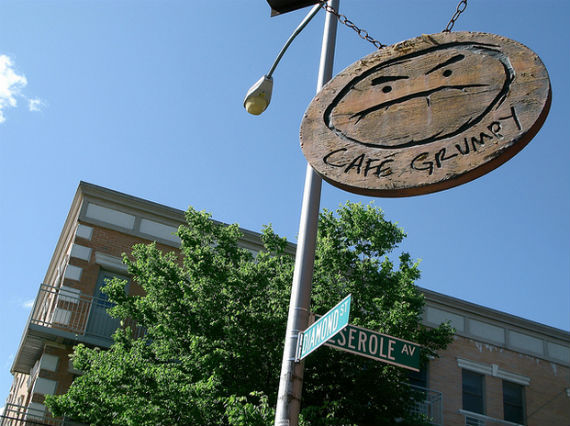 Photo of Cafe Grumpy in Greenpoint, by stab at sleep/Flickr.