Almost 5 million people fled from Syria, according to the UN Refugee Agency. It is one of the biggest humanitarian disasters of our times, causing great suffering to Syrian people and challenges to European countries, as well as Turkey, Lebanon and Jordania, to which they have been fleeing. Today, together with Markku Markkula, the President of the European Committee of the Regions, I am visiting "La Petite Ecole" in Brussels; a grass-root initiative of two Belgian teachers who decided to help integrate Syrian refugees. 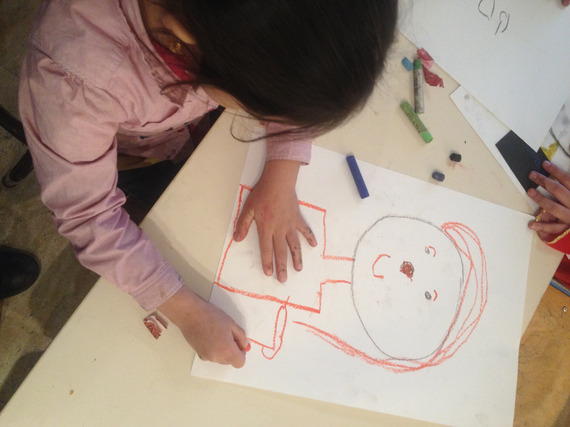 Syria has become an international battlefield, a place of cruel fight with no regard for civilians. It seems the war won't finish soon and even more people will suffer. Refugees are arriving to Europe, and the attitude towards them has become a focal point in public debate in many countries, including Poland. Fear of "the other", of different cultural background represented by the refugees, and concerns about jobs are skillfully played by many populist politicians.

For me, a Christian perspective, and Pope Francis' words are a very important reference regarding this humanitarian crisis. In the beginning of the year, the pope said: "The present wave of migration seems to be undermining the foundations of that 'humanistic spirit' which Europe has always loved and defended". I cannot agree more. The future of the European values depends on how we respond to the crisis and we should carefully listen to what Francis has said. 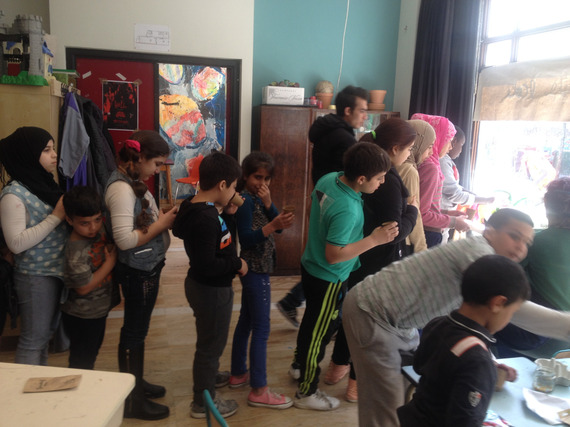 Today, as a member of the Committee of Regions, I am visiting "La Petite Ecole", run by two teachers - Marie Pierrard and Juliette Pirlet. The project is to provide educational support for refugees, mostly from Syrian community in Brussels. Its main goal is to help kids and their families in the transition towards attending public school system in Belgium. Kids receive lessons in French and Maths and are introduced to the codes of public schools. It is worth mentioning, that after a few years of a cruel conflict in Syria, a generation is growing, which has never gotten any formal education before. Ten kids get support daily, from Monday to Friday.

I consider the project especially valuable, since it is a grass-root initiative. It wasn't started by an institution, but rather by two volunteers, who later got support from the Brussels-Wallonia Federation. The project helps overcome language, cultural and administrative barriers. The beauty of such an action is clearly visible in the city of Gdansk. When the Solidarity movement has started in the 80s., we also got support for our struggle from other nations.

La Petite Ecole's work with refugees, taking care of non-schooled children, is a very important sign that European solidarity still works. I am happy that I could meet people running the project.

Visit also http://solidaritycities.eu. Solidarity Cities is an initiative on the management of the refugee crisis proposed by the Mayor of Athens and launched in the framework of the EUROCITIES network. It aims to constitute the framework under which all cities actions and initiatives are presented highlighting the political leadership of cities in addressing this challenge.