We just became the second country ever to fully legalize this lil’ thing called marijuana, or as our government insisted on spelling it for years, marihuana.

We figured some of you might plan on visiting us soon to see what the fuss is all about, so here are some handy tips on Canada’s legal pot system.

All right, I just landed in this beautiful country. It’s freezing. Where can I buy some weed?

Easy there. Let’s talk about how we got here.

Back in 2015, the Liberal Party, led by current Prime Minister Justin Trudeau, won a majority government in the federal election.

One of the party’s landmark campaign promises was to legalize marijuana for recreational purposes. The aim of this goal, according to the Liberals, was to regulate cannabis to keep it out of the hands of children and to slash profits going to the black market.

And so, almost exactly three years after the Liberals won the election, pot became legal in Canada.

Thank you for that unsolicited and electric history lesson. Now, where can I buy pot?

Well, it depends on where you’re visiting. The federal government has set some baseline rules on marijuana, but it has left a lot of the pot-system planning to the provinces and territories.

So, for example, you’ll be allowed to have up to 30 grams of dried cannabis — or its equivalent in non-dried leaf form — on you across the country. But where you buy weed, as well as where you’re allowed to use it or how old you have to be to buy it, depends on your location.

So if you’re visiting Alberta, for example, you’ll be able to buy pot from government-run stores or private retailers. The province has issued 17 “interim” licenses for retailers, so you should be able to buy it in-store as of Oct. 17.

You’ll be allowed to smoke wherever tobacco is permitted (with the exception of certain areas that are close to hospitals, playgrounds, etc.)

If you’re in Ontario, on the other hand, you’ll still be able to smoke anywhere tobacco is allowed. But until April 2019, you’ll only be able to buy pot from a government website: the Ontario Cannabis Store.

An important caveat: municipalities can also set more specific rules in terms of where pot can be used or sold, so always make sure to do your research on the specific location you’re visiting.

OK, so can I bring some pot with me in case I’m visiting a province with online-only delivery?

No. Negative. Do not do this. Cannabis cannot be brought into or out of Canada, even if it’s medicinal. This applies whether you’re driving across the border from the United States or flying in.

This doesn’t sound a lot like Amsterdam. Will I be able to at least smoke or eat a brownie in a cafe?

Not only does this depend on  — you guessed it — the province or territory you’re in, but to make things even more complicated, not all provincial governments have laid out clear plans for any potential marijuana cafes or lounges.

The majority of provinces have restricted smoking pot to private residences and, since tobacco is not allowed in bars, restaurants and coffee shops in most of these places, pot is also prohibited.

Alberta, for example, won’t have any lounges open by legalization day, and the province has said that anyone hoping to light up in a cafe will have to wait until edibles are legalized — and that won’t happen until at least October 2019.

Next door in Saskatchewan, the government has gone ahead and banned pot lounges outright.

In Ontario, we just … don’t know at the moment. Sorry.

Neev Tapiero, the owner of the Toronto-based Canadian Kush Tours, told HuffPost Canada the provincial government hasn’t provided much information to him or other entrepreneurs hoping to jumpstart Canada’ cannabis tourism business.

In the run-up to legalization, Tapiero said he has been providing tourists with information on how Canada’s legal pot system will work.

Looking forward, he thinks companies like his will be providing information to visitors interested in trying pot, especially when new rules are instituted.

At the moment, Tapiero offers customers packages that range from airport pickups to trips to marijuana-focused landmarks in Toronto to a $45 joint-rolling class.

Tapiero said he wants to start including marijuana in his packages post-legalization, but again noted that he doesn’t know if that will be allowed in his province.

Can I at least smoke or vape in hotels or Airbnbs? Please don’t say it depends on the province.

It … depends on the hotel or Airbnb you’re staying in.

And also the province. Sorry.

This is another example of how ultra-fresh Canada’s cannabis industry is at the outset of legalization. Some provinces, like Prince Edward Island and Ontario, have left it up to hotels themselves to decide if guests can consume cannabis.

And some forward-thinking Airbnb owners have already set up listings geared toward potential pot-inclined guests.

To sum up, your legal pot experience in Canada will be heavily dependent on where you are.

If the province you’re in has stores that sell pot, you’re in luck. No need to order online and wait for that package!

But if that province only allows you to smoke it in a private residence, doesn’t allow cannabis lounges and the hotel you’re staying in doesn’t permit consuming pot, then … sorry?

So, are Canadians excited about all of this?

There have been a lot of polls in the run-up to legalization as statistics agencies, businesses and provincial governments try to gauge what people think of cannabis legalization.

Surveys have found that the majority of Canadians support legalizing marijuana, though there have been some differences over the legalization date and how it should be sold.

A poll in August, for example, found that legal pot likely won’t be turning the country into a stoner nation of Seth Rogens. (Maybe we’ll get his laugh, though.)

Statistics Canada found that, out of 5,000 people polled, 82 percent said they would be “unlikely to try cannabis or to increase their consumption with legalization.”

But if you’re a regular pot user, of course, easier access, more choice, (theoretically) and cheaper prices are welcome news.

Oh, and it not being against the law anymore helps, too.

PHOTO GALLERY
Marijuana Around The World: Who's Doing What

Visiting Canada For Legal Weed? Don’t Expect Amsterdam North
Marijuana Around The World: Who's Doing What 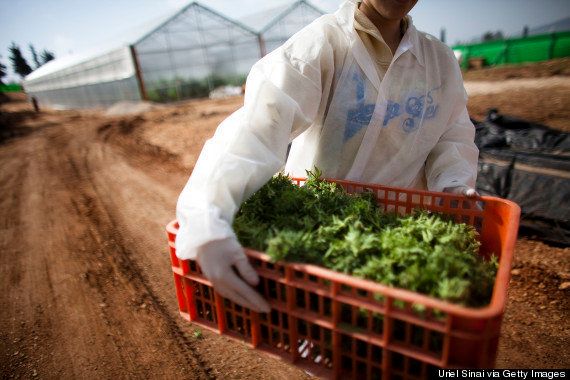 1 / 3
Israel
In Israel, there is technically no legislation regulating marijuana for medical purposes but its Ministry of Health issues special licences allowing patients to use cannabis for certain medical reasons. <br> <br> The country has been at the forefront of medical marijuana research since the 1960s, when Prof. Raphael Mechoulam isolated and studied THC, the psychoactive property in cannabis that leaves users feeling “stoned” but also helps relieve symptoms like food aversion and nausea. <br> <br> Another Israeli professor, Ruth Gallily of the Hebrew University of Jerusalem, has studied the other main medicinal ingredient CBD, the property that can act as an anti-inflammatory and anti-anxiety medicine. <br> <br> Canadian licensed producer MedReLeaf has partnered with Tikun Olam, Israel’s primary supplier of medical cannabis, and a company on the cutting edge of marijuana advancement. It counts Mechoulam, “the grandfather of THC,” among its advisers. <br> <br> “It’s the only country that I know that has been researching it for so long, and consistently,” said Maayan Weisberg, Director of Marketing and Business Development during an interview at MedReLeaf’s Markham, Ont., facility. <br> <br> MedReLeaf has licensed some of Tikun Olam’s patented strains of marijuana that the company developed based on research collected from about 7,000 patients over the past seven years. Now, the company is involved in clinical research in major hospitals in Israel. <br> <br> “We are the only company in the world that has this accumulated data about patients,” Weisberg said. <br> <br> Tikun Olam, whose name means “healing the world” in Hebrew, has used patient feedback to create hybrid strains and play with genetic material. The company has experimented with different concentrations and ratios of cannabinoids to customize treatment for different types of patients. <br> <br> “If it’s an elderly patient, you don’t instruct them the same way you do a child, you don’t instruct a Parkinson's patient the same as you do a cancer patient.” <br> <br> Israeli researchers have studied the role of cannabis in treating a variety of ailments including anti-tumour properties for cancer patients, reducing weight loss among HIV patients, treating neuropsychological disorders and preventing tremors and shaking in multiple sclerosis sufferers. <br> <br> The researchers last year found evidence that marijuana helps fight Parkinson’s and Crohn’s disease.
Getty