Some time has now passed since the Life is Beautiful Festival took over Downtown Las Vegas for one short weekend in late October, but a legacy remains. Organizer Rehan Choudhry and team conceived of more than a music festival, incorporating visual art, performance, learning and cuisine. With any new festival, there is always a question mark as to whether the event will be well run and well patronized, but the consensus seems to be that Life is Beautiful was successful on both counts.

Rise Above has left a lasting legacy of street art for public enjoyment, although the Interesni Kazki work with hands protruding from the desert, has been painted over, with the building owners claiming it didn't reflect the spirit of downtown Las Vegas. This has, however, created an ongoing dialog about the role of public art, with a KNPR Public Radio panel discussion available to listen to online here, with guests Ed Fuentes (arts journalist and photographer), Eloise Damrosch (executive director, Regional Arts and Culture Council in Portland, Oregon) and Stephen Grogan (first Vice Chair for the Las Vegas Arts Commission).

Aware's anaglyph mural with a social message linking to Breast Cancer Awareness Month was one of the most popular works, with people lining up to view it through the 3D glasses provided. In conversation with one of the Aware artists, I learned that this work was definitely their most challenging to work on to date. Previously they had created the ambitious large-scale "Wheel of Misfortune" work in a defunct manganese-leaching pond, but painting the offset red, blue and grey shades to replicate a 3D effect, was their biggest challenge yet.

These photographs of the mural works in progress were taken in the days leading up to the festival as I was traveling to and from my room installation in the Art Odyssey venue. Patrick Duffy, Las Vegas Art Museum Board President, oversaw the transformation of the closed Travel Lodge motel, and curated the line-up of artists and galleries. Eric Tillinghast was commissioned to create a water feature for the central courtyard, dramatic balcony lighting was provided by Alios and a Chuck Close tapestry was installed overlooking the pool.

Henderson's VAST Space Projects occupied what had been the Office and Manager's Quarters with an installation that bridged the gap between past and present, highlighting the human displacement inherent in the process of urban renewal. Abandoned motel furniture and found objects were displayed in conjunction with documentary photographs by Chris Cole, Geoffrey Ellis, Jon Estrada, Checko Salgado and Shannon McMackin, who were present when the boarded-up rooms were first opened up.

There was a continual stream of visitors throughout the weekend, systematically exploring each room, and engaging with the artists and gallerists present. I spoke with a couple visiting from London -- it was their fourth trip to Las Vegas, but the first where they had explored a wider cultural experience. One visitor considerately informed me that there was another New Zealand artist taking part in Art Odyssey. My husband Matthew Couper had set up a small-scale painting studio in his room, which allowed him to work while chatting with visitors. Matthew's observation of the Art Odyssey experience was that art can often seem impenetrable to people not familiar with the language, but given the opportunity, people asked a lot of straight questions, and also shared their takes on the works.

The festival attendees were out to enjoy themselves and experience something new, and it was this refreshing attitude that really created a beautiful festival. At the close of the final night, I stood in a dark room with a group of rainbow-costumed revelers and watched Catherine Borg's video work of the Stardust Casino imploding. It reminded me that Las Vegas is always in transition, always looking for the next big sensation, yet some tried and trusted concepts endure. I hope that Life is Beautiful is one of them. 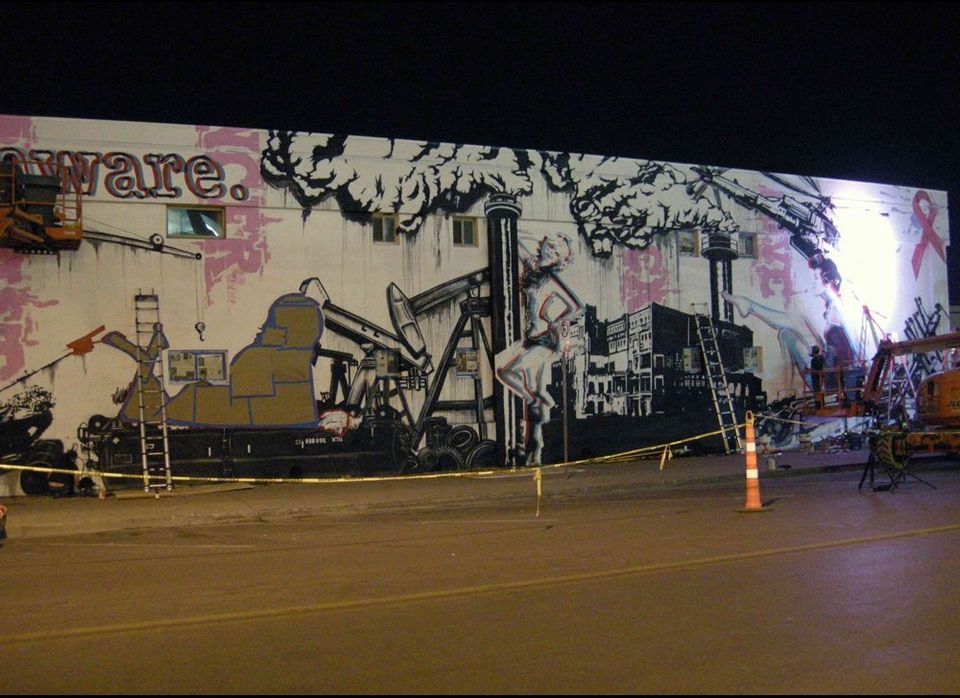