A recent government study said more than half of all Americans take dietary supplements, which in my opinion is surprisingly high, considering these pills and powders aren’t regulated like drugs but like foods.

The Dietary Supplement Health and Education Act (DSHEA) of 1994 defined “dietary supplement” to include vitamins, minerals, botanicals and other ingredients, and ruled that supplements would be regulated like foods. This exempted companies from having to prove the safety or efficacy of their products -- entirely reasonable, given that the nutrients come from natural foods, say advocates. The law also permitted supplement makers to use several kinds of marketing claims (some that don’t require FDA approval), including structure/function statements, which describe how a nutrient is intended to affect the body.

Related: 4 Nutrients You Might Not Be Getting Enough Of

Allowing such claims -- without requiring proof of strong science to back them -- is why there’s so little conclusive science on supplements, say the law’s critics. “The marketing has been quite effective without studies,” says Irwin Rosenberg, M.D., senior scientist and interim director of the Neuroscience and Aging Laboratory at the Jean Mayer USDA Human Nutrition Research Center on Aging at Tufts University. Even some in the supplement industry warn that lax marketing can be misleading. “There are a few real egregious folks who go over the line with loose structure/function claims,” says Andrew Shao, Ph.D., Vice President, Global Product Science & Safety at Herbalife. “Unfortunately consumers get the message, ‘all supplement makers are out to dupe me.’” What do the claims really mean? The answers may surprise you. Here are 5 myths about vitamins busted, originally reported on in EatingWell Magazine by Nicci Micco.

Myth 1: All “Multivitamins” Are the Same

The Truth: There’s no legal definition for “multivitamin.” Manufacturers apply the term to any product supplying two or more vitamins (minerals, phytochemicals and herbs too). In a 2006 study of 26,735 people out of the University of Hawaii in Honolulu, the “multivitamins” subjects reported using included 1,246 different formulas. Nearly 70 percent were “one-a-day” types; 16 percent, B-complex blends; and 14 percent, “antioxidant” mixes. Products in the same group (e.g., B-complex) varied wildly; many provided megadoses of some nutrients.

Are you a vegetarian? Here’s how to get the nutrients you need.

The Bottom Line: Read labels to find a “multi” that doesn’t exceed 100 percent of the Daily Value (DV) for any nutrients.

Myth 2: What’s Listed on the Label Is What’s Really in the Product

The Truth: Supplement manufacturers must list each ingredient (and its quantity) in a product, but they don’t have to prove the accuracy of these lists. Limited in resources, the FDA doesn’t check that what’s inside a product jibes with what’s on its label, either. Often labels don’t match contents: 30 percent of “multivitamins” tested by ConsumerLab.com, an independent nutrition product testing service and consumer watchdog group, were “off” for at least one ingredient, says Tod Cooperman, M.D., the group’s president. Some delivered doses well below those listed on the label; one was tainted with potentially dangerous levels of lead.

Manufacturers can pay to have products tested by ConsumerLab.com or a similar independent company, U.S. Pharmacopeia (USP), usp.org, to verify that the formula: 1) is what it’s supposed to be, 2) doesn’t contain contaminants, and 3) dissolves properly in the body. (Note: Such certification doesn’t guarantee safety or effectiveness, just that a product is what the label says.) “Passing” products earn the right to bear a special seal. The absence of a seal doesn’t necessarily signal a bad product: Big companies often do their own quality-assurance testing.

The Bottom Line: Buy products with a certified seal -- such as the USP seal or certification from ConsumerLab.com -- or an established brand.

The Truth: Vitamins and minerals occur in different forms -- all of which may not function equally. A 2005 study in the Journal of the American Dietetic Association showed that an orange juice fortified with calcium citrate malate was absorbed 48 percent better than one fortified with the same amount of calcium in a different form. Manufacturers don’t have to prove that nutrients they add to foods are actually absorbed.

Bottom line: A dietitian can help you pick products likely to be well absorbed.

The Truth: Structure/function claims (e.g., "Zinc helps maintain immunity,") describe what an ingredient is intended to do in the body. Often, the research behind the claim has no scientific consensus. (Look closely: Packages with structure/function claims must also bear the disclaimer, “This statement has not been evaluated by the Food and Drug Administration. This product is not intended to diagnose, treat, cure or prevent any disease.”) “Claim-featured” nutrients sometimes are included purely for marketing.

Example: Research on phytochemicals (such as lycopene) is still new, and their potential benefits are poorly understood. Yet “manufacturers will throw in just a tiny bit,” says Cooperman. “If consumers have heard of an ingredient, they assume it has some value.” “Premium” ingredients can mean the difference between charging $50, versus $8, for a bottle of multivitamins.

The Bottom Line: Watch out for “buzz word” nutrients and claims that appear too good to be true.

Don’t Miss: 9 Foods That Help You Get a Better Night's Sleep

The Truth: Most studies that “show” a vitamin/mineral supplement provides a health benefit are observational ones, which survey people about various behaviors (e.g., diet, exercise, supplement use), then use statistical analyses to identify links with disease. When an observational research finds, “People who took a multivitamin, daily, for ‘X’ number of years have an ‘X’ percent lower chance of developing colon cancer than those who didn’t,” one can’t assume that the multivitamin (not a combination of factors) was fully responsible. Surveys show that supplement users tend to practice other healthy habits, too -- eating lots of vegetables, shunning cigarettes and exercising regularly -- so it’s hard to tease out a single protective factor.

This is why diet/disease links found in observational studies must be confirmed in controlled randomized clinical trials. In these “gold-standard” investigations, researchers deliver specific nutrient doses to one group and placebo “sugar supplements” to another (neither the subjects nor the investigators know who’s getting what) to test whether a supplement is really responsible for observed benefits.

The Bottom Line: Supplement makers don’t have to say how scientifically conclusive their studies are.

Related: 10 Best and Worst Proteins for Your Diet

Do you take a dietary supplement? 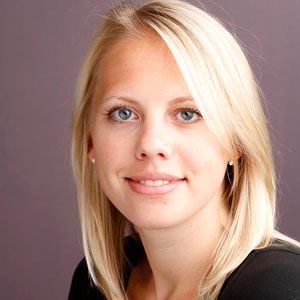 Brierley's interest in nutrition and food come together in her position as nutrition editor at EatingWell. Brierley holds a master's degree in Nutrition Communication from the Friedman School of Nutrition Science and Policy at Tufts University. A Registered Dietitian, she completed her undergraduate degree at the University of Vermont.