Do you hate it when your cellphone dies during your commute? Then you may love these new advertisements.

As part of VitaminWater's new "You're Up" campaign, certain bus stations in New York, Los Angeles, Chicago and Boston offer 5-volt battery-powered USB ports that allow transit riders to plug in while they wait.

According to an email from VitaminWater's ad partner Crispin Porter & Bogusky, the outlets mimics the convenience of charging devices in your own home.

Over the years, we've seen solar power to Coca-Cola used to power gadgets. And Samsung has long offered charging stations in airports. But powering up via billboard? That might be a first.

Check out photos of Chicago and New York bus shelters featuring VitaminWater charging ads (below). Tell us what you think of this campaign.

If you don't live in a citiy with cellphone charging station, we've got a slideshow of tips for boosting the life of your cellphone battery. 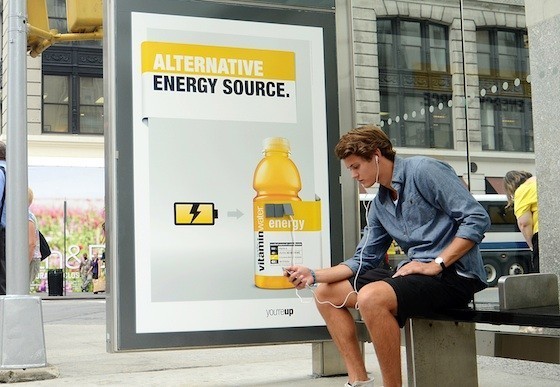 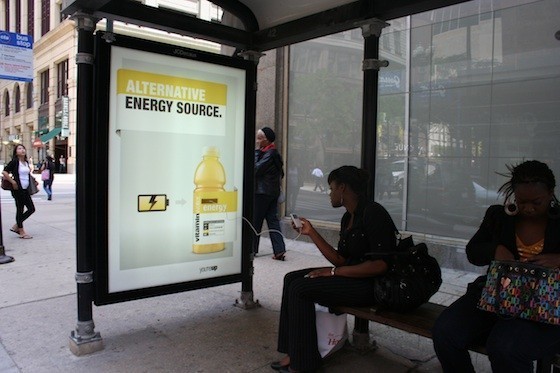