We wouldn't think to call a store an "urban temple," but come to think of it, the association is strangely fitting. 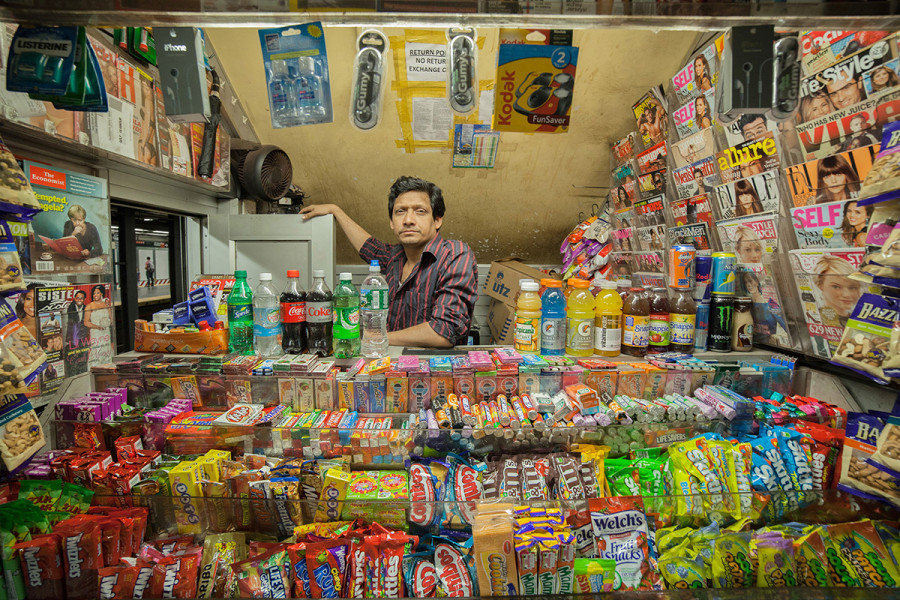 Through Antaki's lens, pawn shops, subway bodegas, thrift stores and vintage boutiques morph into contemporary sites of uncanny beauty. The popping hues of Gatorade bottles, the crystal sheen of shot glasses and the metallic power of metal scraps reveal the many visual treats embedded in the most banal of daily environments, most of which go unnoticed.

"People pay less and less attention to their environment," Antaki explains in his statement. "They are always in a hurry, they don't take the time to spend time with one another. Unfortunately, these places will one day no longer be around. This is one of the reasons that compelled me to want to document these 'guardians.'"

Antaki encounters his subjects by change, getting lost in each new city -- which he likens to a maze -- before ending up in an inspiring and unassuming space. In a single photograph, Antaki attempts to capture the overall feel of a particular person and place, revealing the immense beauty hidden in the most everyday spaces. "I'm interested in the relationship between the environment and the attitude of the Guardians, how they position themselves in space. I become the director of their universe. I show them their day to day life through my eye and my camera."

See the guardians and their vibrant domains below and let us know your thoughts in the comments.