The real world of Haitian Vodou is hardly like what Hollywood would have us believe.

For one, many depictions of the religion focus on New Orleans-based Voodoo, a related but separate set of traditions. To help understand this tradition, Chicago's Field Museum is taking a deep dive into the world of Vodou in a new exhibit running October 24, 2014 - April 26, 2015.

(SCROLL DOWN TO SEE PHOTOS FROM THE EXHIBIT.)

"The exhibition demonstrates the power of human creativity. It goes beyond the usual stereotypes to bring us into a wonderful and deep world of spiritual beliefs and ritual practices created and maintained by the Haitians during times of hardship and suffering brought on by enslavement and its consequences. We hear directly about what Vodou means from the practitioners, in their own voice."

Take a look at this list of Vodou myths compiled by the exhibit's curators:

On trips to New Orleans, many Americans have encountered a set of secularized traditions known as Voodoo. New Orleans Voodoo is related to but separate from Haitian Vodou.

In Haiti, Vodou is an active, living religion practiced by millions of people, and a source of national identity and pride. The Haitian Creole word Vodou comes from Vodun, a word from the Fon language of modern-day Benin, meaning mysterious invisible powers that intervene in human affairs.

Haitian Vodou keeps alive the theology and spiritual practices of West African cultures. Africans first came to Haiti as slaves in the 16th century. Their deeply rooted beliefs combined with those of Indigenous peoples already living in the Caribbean, and also combined with elements of Christianity. Because Vodou helped galvanize slaves to revolt at the end of the 18th century, Vodou is inextricably tied up with Haiti’s history of abolition and its establishment of an independent nation.

Myth: Vodou dolls are used with pins to harm others.

In Haitian Vodou practice, dolls are never stuck with pins. And certainly, causing harm to another person is against Vodou ethics. This misunderstanding could stem from the Vodou practice of hanging dolls to tree branches to send messages to the spirits of deceased loved ones. Dolls are sometimes used as parts of religious statues, but they usually represent specific spirits (lwa) or attributes of spirits. A beautiful example in Vodou: Sacred Powers of Haiti is a richly ornamented doll figure representing Erzulie Freda, the spirit of love and luxury.

Myth: Vodou Priests and Priestesses can bring the dead back to life as zombies.

Vodou priests and priestesses have no interest in bringing the dead back to life. Indeed, a basic tenet of Vodou metaphysics is that people remain connected to our world after death, and that death is a part of life. However, the concept of the zombie in Haitian Vodou is complex, and should be interpreted from both spiritual and material perspectives. For those people who believe in zombification, it’s considered a terrible social punishment.

The zombie of Haitian Vodou is completely different from stories created in Hollywood and American pop culture. In Haiti, the term zonbi refers to a person who has lost his or her soul. This soul-less state has a particular horror because it harkens back to the condition of slavery in colonial Haiti. Materially speaking, several ethnobotanists and authors have claimed to have discovered naturally occurring chemicals or formulas that can induce catatonia, and could be used in zombification rites. Zombification rituals are very rare, however, and take place in rural Haitian communities.

Myth: Vodou is irrational and is full of devil worship.

Regrettably, in common English usage, the word “voodoo” has also come to mean illogical or silly superstitions. On the other hand, derogatory misconceptions about Vodou also often originate in fear of its power to potentially upend authority.

When slaves revolted in Haiti at the end of the 18th century, fear of Vodou-inspired revolts spread to the United States, where slavery was still legal at the time. In the 19th and 20th centuries Haitian Vodou practice was often forced underground, further fueling misconceptions about unfamiliar symbolism and rites. And ever since the silent film era, American movies have had fun telling lurid but completely fictitious stories about devil worship, human sacrifice, and dolls with pins.

Devils and demons are never worshiped in Vodou. However, outsiders may become confused because Vodouists are so comfortable with death, and because they maintain relationships with deceased loved ones in the spirit realm. Many Vodouists are also comfortable around human bones, which can lead to misconceptions about the bones’ uses. Vodou practice has elements of magic (maji), which allows Vodou spirits to be of service to humans. Because Vodou is a monotheistic religion, maji and Vodou spirits ultimately enable believers to keep in touch with the supreme God of all creation.

Here is a sampling of the pieces included in "Vodou: Sacred Powers of Haiti": 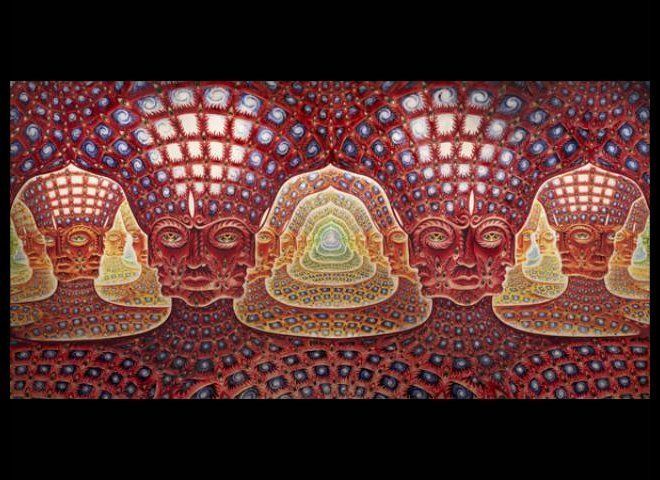