Vogue's May issue breaks new ground for the magazine with itsfirst-ever profile of a transgender model.

In the profile, Andreja Pejic opens up about gender fluidity and suggests that society is turning a corner in terms of acceptance of the transgender community. 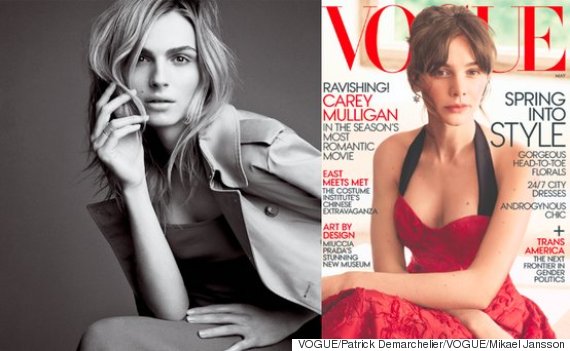 Even so, Pejic told the magazine she faced criticism and bigotry when she decided to transition. She said one agent told her, “It’s better to be androgynous than a tranny.”

But the model remained undeterred, and she came out as transgender last year.

Pejic, who was born in what is now Bosnia-Herzegovina, was discovered in 2007 while working at a McDonald's in Melbourne, Australia. According to a news release from Vogue, she rose to fame after being featured in Paris Vogue in 2010.

She was the first model to make a successful career in both womenswear and menswear, the release said.

"Andreja had an extraordinary career as a male model, often modeling female clothes; she pulled it off," Gene Kogan of DNA Model Management, Pejic's former agency, told Vogue. "It opened a lot of eyes and made people see things from a new perspective. We’re going to see her influence for years to come."