This week on Upstate Diary Christina Kruse talks about her necessity to create her own structures. 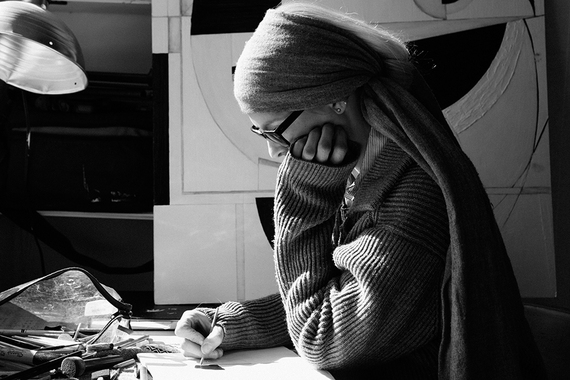 UD: How do new ideas come to you?

I used to take a lot of pictures, which I don't do much anymore.

CK: I have come to realize that I like to work with my hands. I like moving things and building things, which I've only really discovered since I turned another garage into a studio 3 or 4 years ago.

I have also discovered a great love for cement--mixing and coloring cement. Wood and metal are two other materials I have come to really like to work with since being here.

UD: So it's actually not the structure as an object, it's the emotional construct?

CK: Yes, to turn that process or result into objects--something that I can build and explore. Usually, it's in forms of graphic elements, squares, triangles, circles--simple geometric shapes that each represent a function to me and that I need in order to build these structures.

For colors, I tend to work with black, white and grey and to utilize, for example, brass as a "supporting beam" to allow the structure to rest upon. The core requires a sense of stability or, in paintings, a confinement of sorts. There are instances where I've used red and yellow. Red is quite emotionally to me--it cuts with precision. Yellow is unpredictable to me.

I'm very drawn to artists like Kazimir Malevich, Kandinsky and Calder--particularly Malevich--whom investigated the state of being rather then the object itself.

When work is related to structure I need to see it. What happens within can be a royal mess but it needs an aspect of containment. 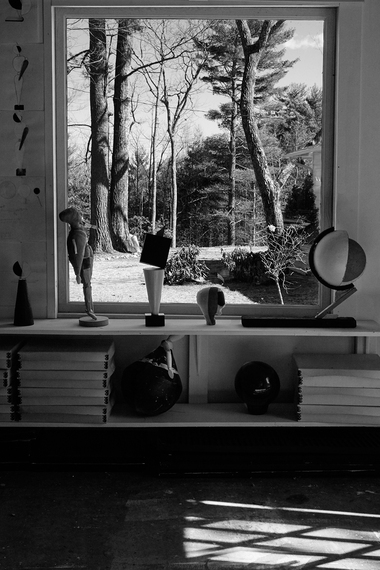