Some of the greatest discoveries in human history have been the result of accidental or unexpected circumstances. While the mind usually recalls great innovations, we sometimes tend to take for granted the more elementary aspects of life, such as the ability to communicate through speech. 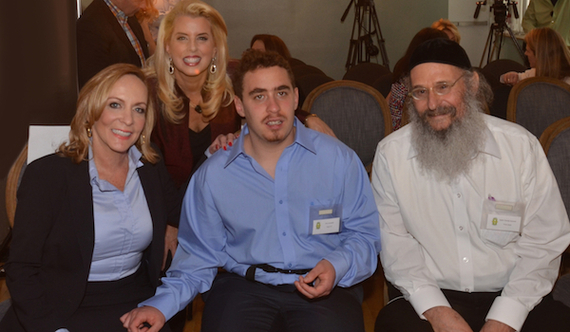 A few years ago, an incredible young man named Joey Lowenstein communicated his desire to help others "find their voice." I first met and wrote about Joey here two years ago. Recently I attended his "Voice of Hope," an amazing event organized by his own foundation, The Joey Lowenstein Foundation, to promote awareness and breakthrough therapies for those with autism.

The event was held at the David Lynch Foundation where that foundation's executive director and one of the most experienced meditation teachers in America, Bob Roth, trained Joey in Transcendental Meditation. I began writing about Bob's work here. 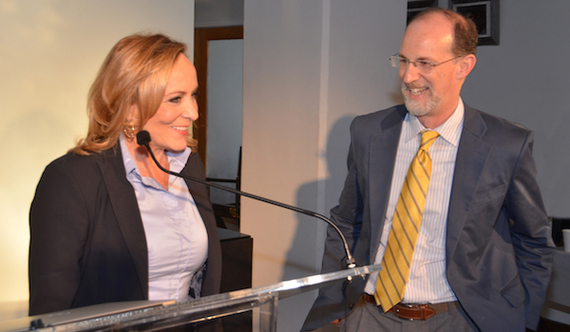 Three-time Emmy Award Winning Anchor and New York Times Best Selling Author, Rita Cosby, moderated the event. Rita shared touching stories about her two godchildren who are on the autism spectrum and the determination she shared with everyone else in the room to find and learn about new and groundbreaking therapeutic interventions for those impacted by autism. I first wrote about Rita here.

Joey's motivation was drawn from his own experience communicating with the Rapid Prompting Method (RPM) and his recent intensive work to acquire speech. Unable to communicate his needs and wants for most of his life, 18-year old Joey Lowenstein started using Soma RPM as a teenager.

Armed with an alphabet stencil and a stylus, he started to communicate his thoughts as he spelled them out, letter by letter, approximately four years ago. With his new found ability to communicate, Joey shared his desire to help other nonverbal individuals with autism. His determination led to the establishment of The Joey Lowenstein Foundation. 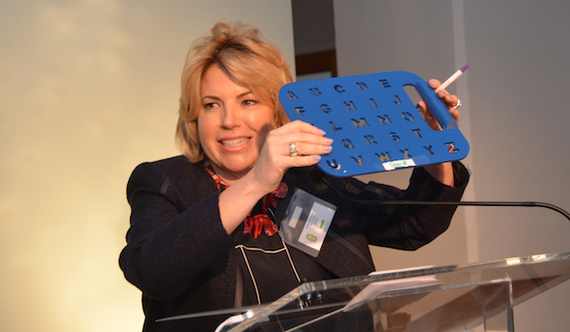 Martha Simmons, demonstrating use of alphabet stencil and pencil within RPM.
Photograph by Annie Watt.

As his communication skills developed, Joey expressed his desire and commitment to speak, to have his own voice, and to be heard. This is when Joey's mother, Roberta Lowenstein, began searching for a solution. 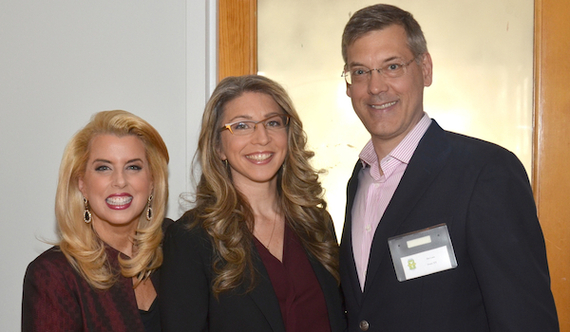 Rita Cosby with Dr. Jessica Galgano and the author. Photograph by Annie Watt.

The incredible result is that Joey has progressed from a boy, deprived of verbal communication his entire life, to a confident young man who stood up in front of an audience, and independently and verbally thanked them for their attendance!

This is even more monumental because LSVT LOUD therapy, studied through funding from the National Institutes of Health (NIH) to Dr. Lorraine Ramig and her research team, was originally developed and found to be effective for adults with speech and voice problems due to dysarthria (a motor speech disorder that results from impaired movement of the muscles used for speech production, voice production, and breathing) and Parkinson's disease. LSVT LOUD was so successful for adults with neurological disorders, it was later used and found to be effective in treating dysarthria in children with speech and voice difficulties due to Cerebral Palsy. 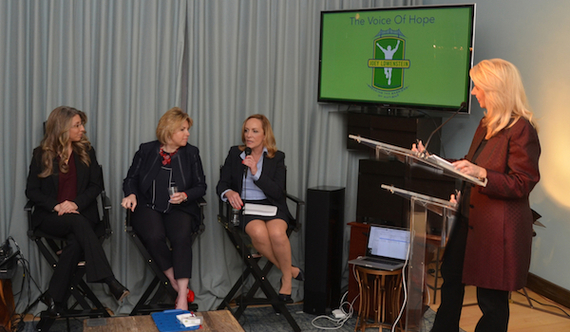 Prior to Joey and Dr. Galgano meeting, however, it had never been considered as a treatment to use with autistic individuals to target their dysarthria, a disorder often overlooked in this population. Dr. Galgano gave a wonderful presentation on the therapy, as well as Joey's impressive response to it.

In addition to Dr. Galgano's presentation, Roberta briefly discussed Joey's mission and thanked everyone for their efforts in helping Joey bring awareness to innovative therapies for people with autism. Martha Simmons, a Harvard University trained language and literacy specialist, and close family friend for the past fourteen years, then told the story of Joey's therapeutic journey in a moving speech that brought several audience members to tears.

The event also featured a special guest performer from Jerusalem, Israel. Rabbi Yitzchak Schwartz, Joey's spiritual guide, spoke about Joey's determination to achieve his goals and his overall emotional maturity, apparent in many of his comments about the world around him. Rabbi Yitzchak also led a musical meditation similar to ones that he and Joey share during weekly Skype sessions. 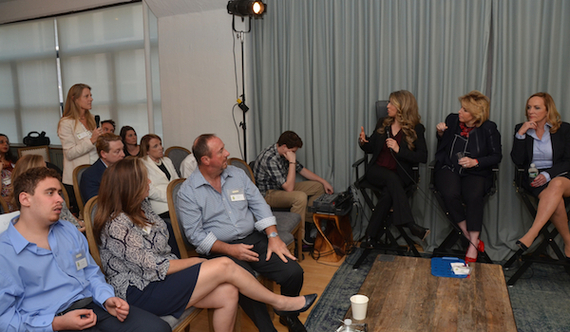 Q & A during the presentation with Dr. Jessica Galgano answering a question
posed by Kerry Kruckel of the Ernie Els Foundation. Photograph by Annie Watt.

The audience was filled with professionals from varying backgrounds including speech and language pathologists, other autism foundation executives, professors, psychologists, dentists, parents - even fashion designers and stylists.

Joey's determination to speak and to help others have a voice has put events in motion that could lead to a significant breakthrough in how nonverbal children with autism and dysarthria will receive treatment in the future. Joey's story of success continues to be an inspiration to others and a spark of hope to advance autism treatments around the world. 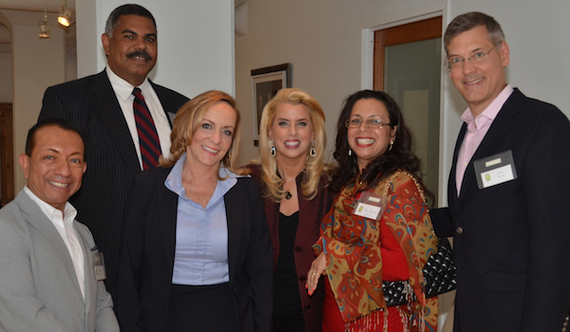 The J. Luce Foundation recognized the awesome potential of Joey Lowenstein several years ago and awarded him with our Luce Leadership Award for his work on behalf of children and young adults with autism in 2014. A video of his acceptance may be seen here.

"The Voice of Hope Event," first in a series of cutting edge presentations to be offered by The Joey Lowenstein Foundation, is a vital step in disseminating information needed to connect those working to overcome autism. The David Lynch Foundation and Bob Roth are to be commended for their support. Mother and son Roberta and Joey Lowenstein are truly The Voice of Hope.