We all love the lap of the ocean on our toes, the gentle tropical breeze as we stare at translucent fish darting about us while palm trees sway. Whether it be the Caribbean or South Pacific, the Maldives to the Barrier Reef, these unblemished tropical ocean shores are our haven in summer or winter, autumn or spring. It is where we go to catch breathe. Sadly, it is also where the world may first see some of the most devastating consequences of climate change, as islands are literally swamped by rising tides over the coming years. 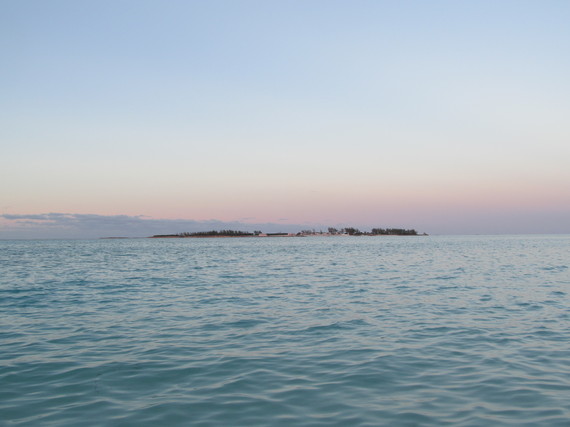 What may seem gentle to us, for inhabitants of these islands the danger is already fast approaching. Polar bears in the Arctic, who have lost their glacial homes to warmer oceans are fast becoming an endangered species. So too, the present and near future picture for islanders are bleak, requiring drastic change for survival.

New Zealand is one of several nations already preparing to take an influx of refugees from Pacific Islands such as Cook Islands, Samoa, and elsewhere. This new generation of islanders arrive to New Zealand under different auspices of the generations of Cook Islanders and Samoans arriving before them for better economic, educational opportunities than island living can sometime otherwise afford. Those who come now, come torn apart from their homeland by the real threat of rising tides.

So it was in Paris, at the Climate Change Summit yesterday, that among all the big valuable statements created by India, China, the USA, and other major polluting countries, with the aim to sign a robust agreement, all committing to clean carbon emissions, that the island nations were very much part of the 200 participants present, vocal and active.

President Barack Obama, Vice President Joe Biden, and the United States administration have taken a strong and willing leadership position in the efforts to fight and deal with climate change, and President Obama was more than willing to speak with the Island nations. In a meeting attended by President Anote Tong of Kiribati, President Christopher Loeak from the Republic of the Marshall Islands, Prime Minister Peter O'Neill of Papua New Guinea, Prime Minister Kenny Anthony of St Lucia, and Prime Minister Freundel Stuart of Barbados, President Obama, who spent many formative years growing up on the island of Hawaii, stood up stating, "I am an island boy. I understand both the beauty but also the fragility."