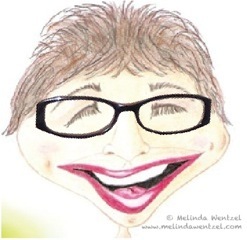 I'm a writer, which implies that I spend a sizeable chunk of my day staring off into space or glowering at my laptop, stabbing at its keys in hopes of crafting coherent sentences on occasion. For me, the process of putting words on the page, virtual or otherwise, is never easy--which, of course, fills me with dread much of the time and leads me to believe that the universe hates me. What's more, the allure of social media shows no mercy, consuming me like the ruthless beast that it is. And despite the fact that I know it to be a ruthless beast, I find it impossible to resist its wily charms.

Out of sheer necessity, I've devised a handful of strategies to help me be more productive--to concentrate more and dawdle less. Further, I've learned to silence the rumblings of doubt, if only for one sentence at a time--which, I remind myself daily, is all it really takes to move forward.

Needless to say, the tedium of parking myself in a wooden chair for hours on end is enough to kill anyone's muse. As a result, I find that a little fresh air and exercise help me generate new ideas and make connections that I might not otherwise make. Further, I try to limit my time on the Internet, often using it as a reward for progress. Translation: I am a kindergartener, only less disciplined, and I rely on positive reinforcement in order to accomplish anything noteworthy. Instead of receiving glittery stickers, I get to generate irreverent tweets and post pictures of my dogs on Facebook.

Also, I ensure that my environment isn't too quiet. For whatever reason, listening to Neil Young helps me churn out more words, as does the early music of Candlebox, Collective Soul and the Black Crowes--at a barely perceptible decibel level, I might add. I'm guessing it's because their lyrics melt seamlessly into instrumental riffs, failing to compete or interfere with the jumbled mass of words inside my head--the ones that struggle to escape in some semblance of order and clarity.

Oddly enough, I often don't know how I feel about a topic until I actually sit down and type the words. So to invite other words inside my brain AT THE SAME TIME almost always ends poorly. Case in point: The yammering that emanates from a television set drives me fairly insane, as it's somehow funneled to my ears no matter how many walls separate us. If it happens to be tuned to Fox News during an election year, it's patently debilitating.

Likewise, being within earshot of my husband spells disaster for my writing, too. This, of course, is because the man has no filter and he talks incessantly--to me, to himself, to people on the phone, to our idiotic dogs and even to the houseplants, I assume. More specifically, he has an irksome habit of reading aloud Facebook posts, select emails, newspaper headlines as well as outrageous excerpts from letters to the editor. While it's true, I am often entertained by the aforementioned, it seems reasonable to request that it could wait.

Similarly, if, in the course of his crazy-busy day, he happened to have stumbled into 17 people he knows, I can count on receiving a synopsis regarding each of the chance encounters the instant he walks in the door. If he is about to change the cat box, has trimmed his toenails recently or has walked to the street to retrieve the mail, I'll assuredly receive a report. What's more, if he has taxied our brood anywhere throughout the day, I'll get a detailed accounting of the logistical nightmare involved, along with a verbal transcript of the teen-inspired diatribe to which he was undoubtedly subjected.

In all fairness, I'm quite sure he has no idea HOW BERSERK this makes me as I hunt-and-peck at the keyboard, attempting to string sentences together. Naturally, I stew in silence until I can't stand it anymore--at which point I shout STOP PUTTING WORDS IN MY HEAD. It's as if he has crawled inside my cranium with a megaphone in order to more effectively deliver the soundtrack of my life--which would be fine if I weren't wrestling with my own warped commentary. It's crowded enough in there without his ramblings.

Then again, the man endures my ramblings, so I guess it balances out in the end.

Planet Mom: It's where I live, trying (and often failing) to silence the voices in my head. Visit me there at www.melindawentzel.com and www.facebook.com/NotesfromPlanetMom.