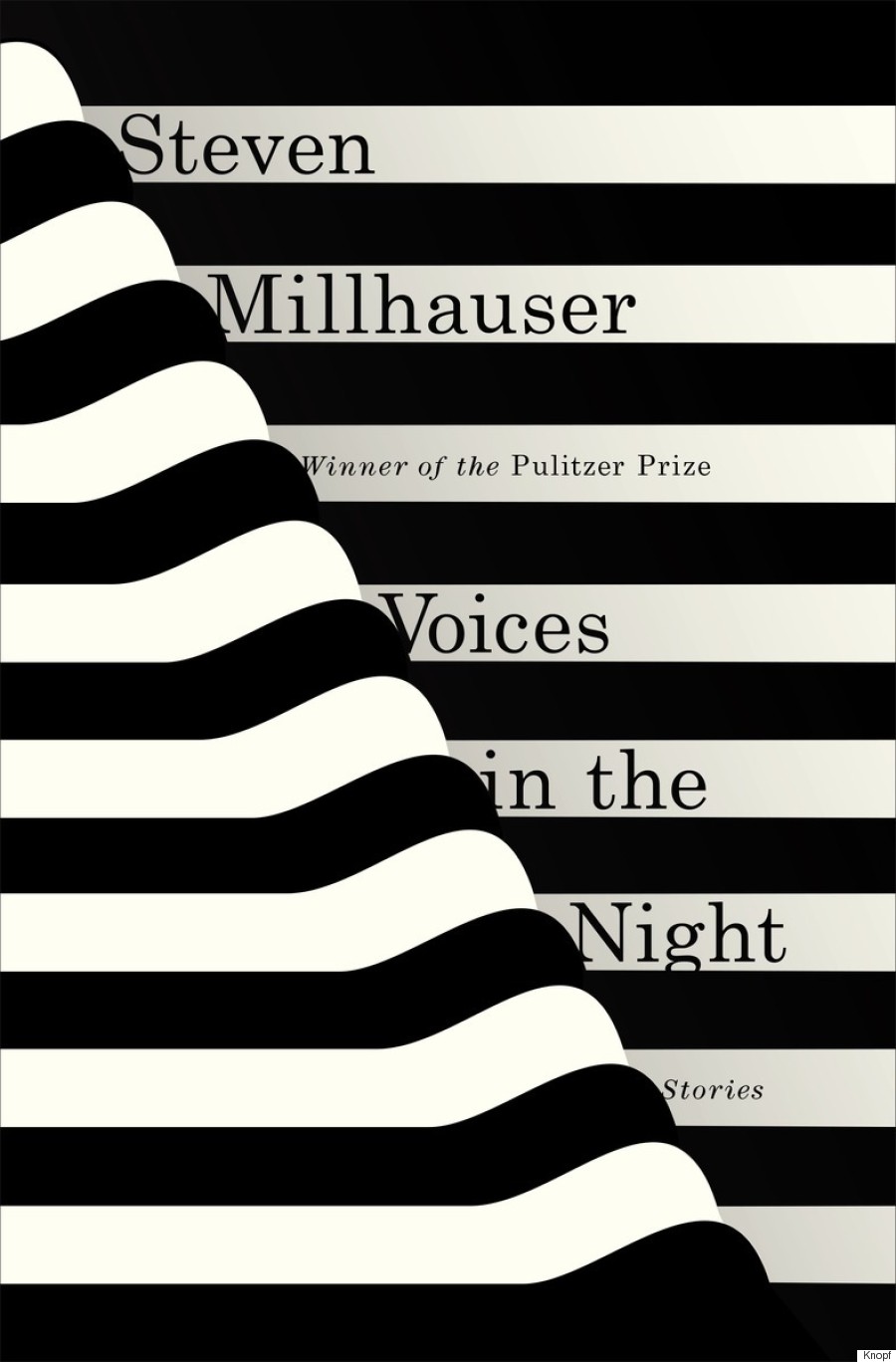 The towns in Steven Millhauser’s stories are haunted. The characters -- nearly all of them -- are frenzied. They see phantoms, they fixate on surreal happenings, they hear voices in the night. But Millhauser isn’t a horror writer; his latest collection elegantly toes the line between the real and the surreal, and many of the stories examine how we attempt to collectively explain the unexplainable.

In “Phantoms,” the people of a small, relatively affluent suburban city have written a report on a phenomenon unique to their home. From childhood to adulthood, they occasionally spot otherworldly humanoids, who’ll make lingering eye contact with the viewer before vanishing. The story is broken down by subheadings -- “Explanation #1,” “Case Study #2,” “Our Children” -- like a history book or legal document using matter-of-fact language to give credence to a dubious occurrence. Though the phantom sightings resemble the childhood experience of having an imaginary friend, or the adult experience of a benign hallucination (William James called it “the sense of presence”), the town places them at the center of its identity, using them as the subjects of fables and conversations about child-rearing. By the end of the story, a dozen anecdotal cases and theories have been considered, but the town is no closer to understanding the objective truth behind the phantoms. The reader, however, has been given a bird’s eye view of how the citizens describe themselves, how they cope with fear, and how they wish to be remembered.

Similarly, in the more macabre, “A Report on Our Recent Troubles,” a town collectively submits an investigation about a rash of increasingly theatrical suicide attempts to “the Committee.” It writes, “To single out a particular moment is to distort the record, for it suggests a clear history of cause and effect that can only betray our sense of what really happened.” Here, Millhauser is calling attention to the value of storytelling, as opposed to cut-and-dry fact-gathering, as a means of conveying truth. The letter writers are baffled by upstanding citizens' will to self-destruct, and propose a rather dark solution: instating inhuman practices such as human sacrifices, to rectify the listlessness of their pleasant lifestyle. As a resident of Saratoga Springs, New York, Millhauser has been primed to write about the goings-on of a quiet town, and the fears and wants of its residents.

This thread is woven throughout the collection, even into more whimsical, fantastical stories. In “American Tall Tale,” the lesser-known story of Paul Bunyan’s “do-nothing dreamer” brother is comically shared, suggesting our national tendency to cherish and remember fables of bravery over, say, those of ambitionless creativity. In “Mermaid Fever,” a sea-nymph washed ashore inspires fishy fashion trends, and other peculiar behaviors in an otherwise painfully normal coastal town. When deciding where to house the deceased mermaid, the townspeople settle on the Historical Society -- where other incomprehensible ephemera gathers dust.

Like Fox Mulder, or even Wes Anderson, Millhauser is a delightfully playful truth-seeker who uses factual language not as a definitive descriptior, but as a jumping-off point for fuller understanding.

The Bottom Line: Millhauser's latest collection expertly toes the line between the real and surreal -- and thoughtfully examines how we talk about, and document, the latter.

Who wrote it? Steven Millhauser is the recipient of the Pulitzer Prize and the Story Prize. He teaches at Skidmore College.

Who will read it? Those interested in bizarre small town stories, paranormal plot lines, and pithy language. Also, fans of Kelly Link and Karen Russell.

Opening lines: "I should have said no to the stranger at the door, with his skinny throat and his black sample case that pulled him a little to the side, so that one of his jacket cuffs was higher than the other, a polite no would have done the trick, no thanks, I'm afraid not, not today, then the closing of the door and the heavy click of the latch, but I'd seen the lines of dirt in the black shoe-creases, the worn-down heels, the shine on the jacket sleeves, the glint of desperation in his eyes."

Notable passage: "In truth, legs were disappearing from the women of our town. At the beach there were fishtails as far as you could see; on our streets and in our yards, women of all ages wore long tapered skirts that concealed the legs and feet. In the bedrooms of every neighborhood, mermaid lingerie was all the rage. It so happened that a number of women, angered by male demands that they resemble mermaids, but at the same time stirred by feelings of kinship with the visitor they obsessively imagined, took a stand of their own: the male lower body was declared to be inferior to the lower fishbody, smooth and powerful and lithe."