How many times can you begin again? That's what I asked myself as I entered the Hospital for Special Surgery, just three weeks after my first lumbar spine epidural steroid injection and SI joint procedure. I was late. I spent two hours stuck in traffic during my drive from New Jersey to New York. So I was frazzled and my thoughts were scattered when I arrived. Yet, that question, can I start over again after another procedure rattled around in my head.

My entire adulthood has been a long and winding road, at least medically. At 17, a sparse menstrual cycle, joint pain and spontaneous fever left doctors scratching their heads about what was wrong with me. I got progressively worse during my time at Boston College and it's been downhill ever since.

Sure, I was tested for every common ailment. Since I'm African-American doctors focused on conditions associated with my race like sickle cell anemia, sarcoidosis, lupus and even multiple sclerosis but none of them proved to be the source of my deteriorating condition. So, doctors treated what went wrong with me on an individual basis. When I hemorrhaged and almost died, I was given something to help my blood clot and a D&C procedure was done. When I began coughing up blood, doctors pumped my stomach, removed the polyps from my esophagus. When my pancreas became inflamed, I got pain meds, drugs to reduce swelling and a digestive enzyme to help me process food. I did what I was told. I swallowed pills, took what I call a hospital tour, and got sicker all while building a career as a journalist and maintaining a love life.

Over the years, I was diagnosed with a variety of ailments like PCOS (polycystic ovary syndrome), which was supposed to explain the fat around my waist, facial hair like a bearded lady, and infertility. Pancreatitis and non-alcoholic fatty liver disease were added to the list. The drugs I took to deal with my conditions led to two procedures, six years apart, to rebuild my stomach. The mystery sickness also caused two TIA strokes, transient ischemic attacks, before I was 35.

I blindly trusted my doctors, while believing my mystery condition would kill me before they'd figure it out. Then, cancer scares, namely lymphoma, ushered me into my mid-30s. Chronic lymphadenopathy sparked four surgical lymph node biopsies. The scar on my neck was opened so often I joked with my surgeon that he should just put in a zipper.

Still, doctors were baffled. I was tired.

All of the physical woes set me on a mission to end my suffering; it empowered me to educate myself about my body and health. Research on my symptoms pointed me to a rheumatologist who figured out the inflammation in my liver, pancreas, joints, stomach and lymph nodes had one source -- a rare autoimmune condition called IgG4-related systemic disease. Armed with a name, I found the one hospital in the country that's familiar with people like me, Massachusetts General Hospital in Boston. I traveled there and got reassurance that my doctor was right. I also learned there was no cure for me but there were drugs to make me feel better.

Still, I had to go to the Hospital for Special Surgery for treatment. The inflammation in my spine and s1 joint had been left untreated for so long I could no longer walk without the assistance of a cane and I was determined to change that; to undo some of the damage years of misdiagnosis had done to my body. So, I limped passed my support network, this time made up of my mom, dad, and friend Kiada, and went in for a tune up. The nurse at the desk looked like my boss, John, and that made me think of something he said when I returned to work one day after my last procedure: "You've been through so much. It seems like it never ends."

I thought to myself, I'm grateful my illness has taught me to appreciate what I do have rather than what I do not. Last year I wrote a book "Misdiagnosed: The Search for Dr. House." Additionally, at age 43, I'm getting better and stronger every day. I'm better than most. I'm blessed to afford healthcare, to still be able to work, to be able to volunteer and help those who are less fortunate. I have a family, friends and my faith. I am greater than my condition so I refuse to surrender.

For more on my story, go to: http//www.nikabeamon.com. 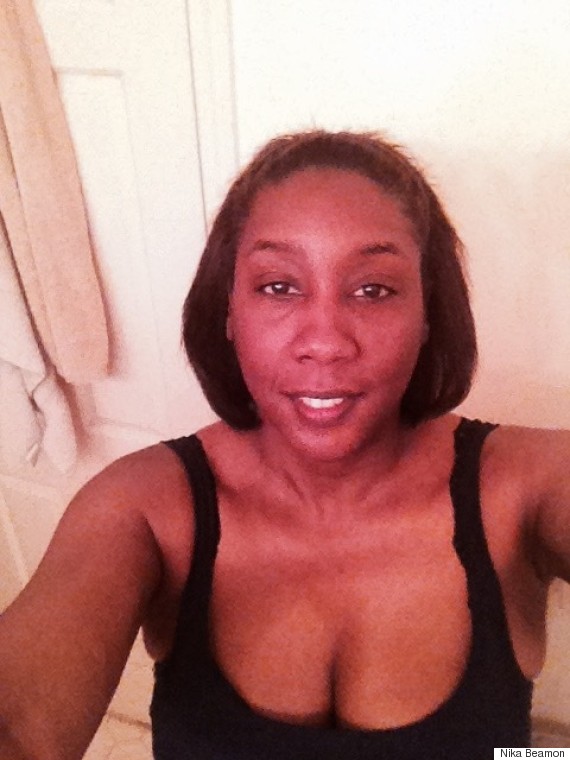