The Indian state of Rajasthan is taking a novel approach to a pervasive, unsightly and very unsanitary problem among its citizens. Beginning Monday, volunteers in 34 villages in the Jhunjhunu district will police city streets with drums and whistles -- their aim, to shame citizens found peeing and defecating in public.

Operating in groups of four or five, the volunteers will "shout, beat drums or blow a whistle" at anyone seen relieving themselves in the open, according to the BBC. Repeat offenders may even be asked to pay a fine.

The Los Angeles Times reports that 40 percent of the world — that's equal to 2.6 billion people — poops in public. The practice contributes to the spreading of a variety of diseases including dysentery and tapeworms, and causes an estimated 2 million preventable deaths a year.

Many of those people live in India, as it turns out. Close to half of India's 1.2 billion people own a cell phone, but have no indoor toilet, according to the BBC.

"Don't get married in a house where there is no toilet," he said in a recent speech, according to the Global Post. "You should also look whether there is a toilet at your groom's home before you decide to get married," Ramesh said, and cited the slogan "No toilet, no bride."

While men peeing in public is a common sight in many areas the practice is far more taboo for women, forcing them to make tough choices. For example,in Kusumpur, a slum area in Delhi, there is only one public toilet for every 500 women, according to The New York Times. The situation necessitates unpleasant solutions like the “flying toilet,” according to the Times, which is the use of a plastic bag that is thrown away later.

Officials say cultural and traditional factors, a lack of education and a toilet scarcity all contribute to the public defecation problem, according to the BBC.

The drumming brigade is just one solution that has been attempted. In Bangalore, street artists recently launched their own outreach program called the "Pee Project," by posting toilet-themed artwork which organizers hope will encourage men to reconsider before dropping trou on a public corner.

India Sanitation: Volunteers Beat Drums To Shame Men Who Pee, Defecate In Public In Rajasthan
Most Insane Photos Of The Week 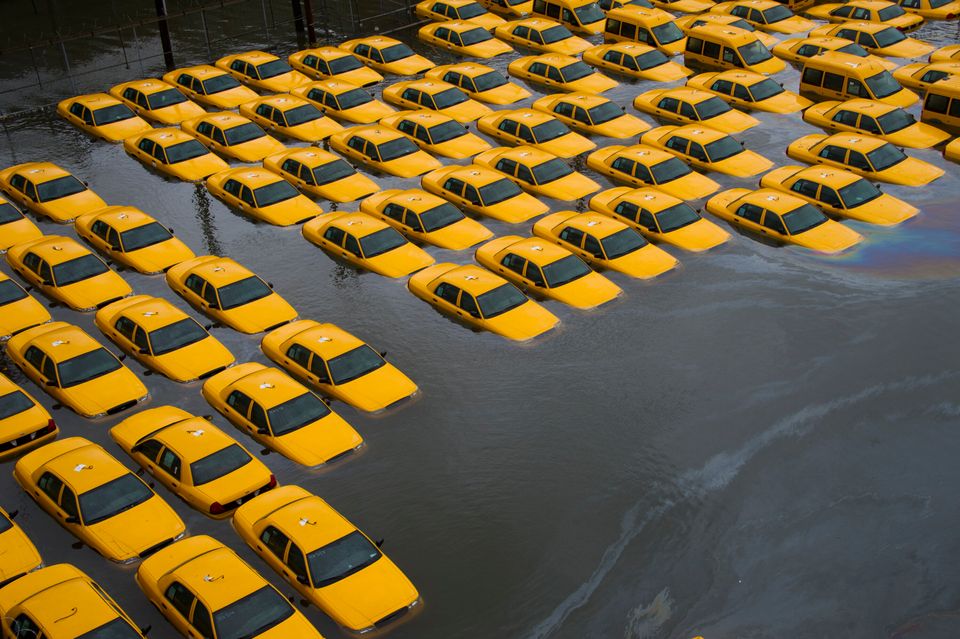 1 / 9
A parking lot full of yellow cabs is flooded as a result of superstorm Sandy on Tuesday, Oct. 30, 2012 in Hoboken, NJ. (AP Photo/Charles Sykes)
AP Photo