Mark Horoszowski and Derk Norde believe the world needs more skilled people solving real problems -- not tourists hoping to give back during their next vacation.

That's why they created MovingWorlds -- an online platform that connects talented people with causes around the globe that can benefit from their expertise.

The Seattle-based group expects to send 300 "experteers" to destinations around the world in 2015, Humanosphere reported -- people like communication professionals interested in helping underserved Costa Rican children, and those with a background in business who want to empower local entrepreneurs in Guinea.

In a blog post, Horoszowski says that there's a meaningful difference between "volunteering your skills" and "voluntourism" -- when travelers incorporate charitable work into their visits abroad. It's a fast-growing trend in travel today, according to NPR: Roughly $2 billion is spent a year from more than 1.6 million volunteer tourists.

But while "voluntourism" may be well-intentioned, it doesn't always help, Horosowski explained to Humanosphere.

MovingWorlds -- described as a blend of the Peace Corps and online dating -- allows poor communities, or organizations working in such communities, to have control over the "experteers" that come and help. In contrast, many development organizations from the West often go about placing volunteers in underserved regions with a "somewhat patronizing" approach: They dictate how resources should be spent, as opposed to letting those in the region have a say.

What's more, "voluntourists" don't typically have the necessary skills to make a true difference. Huffington Post blogger Pippa Biddle wrote about an experience she had while volunteering as a high school student in Tanzania:

Our mission while at the orphanage was to build a library. Turns out that we, a group of highly educated private boarding school students were so bad at the most basic construction work that each night the men had to take down the structurally unsound bricks we had laid and rebuild the structure so that, when we woke up in the morning, we would be unaware of our failure. ... Basically, we failed at the sole purpose of our being there.

On Tuesday, MovingWorlds warned that volunteers who visit Nepal in the immediate aftermath of last week's earthquake may cause more harm than good, pointing to Haiti in 2010 as an example of good intentions gone bad. An influx of travelers in the region can cause prices to inflate significantly, Horoszowski pointed out in a blog post, and a dramatic rise in volunteers in the area can place a bigger strain on the country's already compromised infrastructure.

For now, Horoszowski argued, donating money to a reputable humanitarian group is the best way to help.

"In the not too distance future, media will turn its attention elsewhere and the desire to help Nepal will diminish," he wrote. "When it does, that is when your time and talents will be needed the most."

PHOTO GALLERY
9 Ideas For Your Next Volunteer Travel Experience
Voting Made Easy
Register to vote and apply for an absentee ballot today
Register now
Robbie Couch
Associate Editor of Impact, The Huffington Post
Suggest a correction 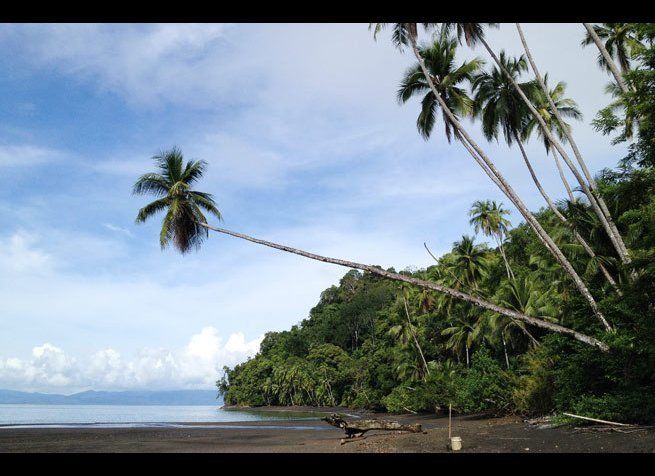 1 / 9
THE OSA WILDLIFE SANCTUARY
<em>Photo Credit: Courtesy of The Osa Wildlife Sanctuary</em> Where: Puerto Jimenez, Costa Rica We stayed with Carol and her crew at this amazing spot, located on the Osa Peninsula, which has been called, “the most bio-diverse place on the planet.” Carol raises her orphaned or injured monkeys outside of cages...so we lived in cages, entering the extended monkey troop whenever we stepped outside. Remote, exotic, and pulsing with life, the <a href="http://www.osatest.org/" target="_hplink">Osa Wildlife Sanctuary</a> will take you back to nature like no other place you've have visited. Plan Your Trip: Visit <a href="http://www.fodors.com/world/mexico-and-central-america/costa-rica/" target="_hplink">Fodor’s Costa Rica Travel Guide</a>