Blissed-out, ecstatic union with our divine selves -- we seek it at raves and rock concerts, and in the desert with the Burning Man. I try to get there when I'm jamming with my band -- but I didn't realize until I wrote The Language of the Blues: From Alcorub to Zuzu how much this longing relates to West African spirituality, and the Voodoo concept of possession.

Vodou (the proper Kreyol/Creole spelling of Voodoo) is a neo-African religion that evolved in the New World from the 6000-year-old West African religion Vodun. This was the religion of many slaves brought from West Africa to the Americas and the Caribbean.

Vodun was brutally repressed by slave-owners, yet its powerful beats, ethics and aesthetics endured. We owe our concepts of cool, soul and rock and roll to it.

The roots of rock are in a West African word for dance -- rak. As Michael Ventura wrote in his important essay on rock music, "Hear that Long Snake Moan":

The Voodoo rite of possession by the god became the standard of American performance in rock'n'roll. Elvis Presley, Little Richard, Jerry Lee Lewis, James Brown, Janis Joplin, Tina Turner, Jim Morrison, Johnny Rotten, Prince -- they let themselves be possessed not by any god they could name but by the spirit they felt in the music. Their behavior in this possession was something Western society had never before tolerated.

Vodou possession is not the hokey demon-possession of zombie movies; it's a state of union with the divine achieved through drumming, dancing and singing. It's becoming "filled with the Holy Ghost" in the Pentecostal Christian tradition or attaining yogic bliss through the practice of kirtan, singing the names of God -- Hare Krishna, Hare Krishna.

In the Yoruba culture of West Africa, being able to connect with one's inner divinity is called coolness (itutu). In Yoruba morality, generosity indicates coolness and is the highest quality a person can exhibit. In American culture, we say that nice person is cool, or that a musician "has got soul." We notice "Southern hospitality."

The Trans-Atlantic slave trade carried these ideas to the New World, particularly as slavers burrowed inward from Senegambia on the West African coast to the Kingdom of Dahomey, a Vodun stronghold.

Dahomey spread across much of today's Togo, Benin and Nigeria and was heavily involved in the slave trade. Vodun practitioners were shipped overseas by the thousands when the Fon people of Benin conquered their neighbors, the Ewe, in 1729. Many Fon were also kidnapped and traded into slavery in exchange for textiles, weapons, brass pots, Venetian beads and other European goods.

Vodun is a Fon-Ewe word meaning God or Great Spirit. This supreme creator was represented as the giant snake Dan carrying the universe in its coils. Today, in Haiti and American Vodou strongholds like New Orleans, Dan is worshiped as Damballah, the Grand Zombie (the Bantu word nzambi means God). He's John Lee Hooker's "Crawling Kingsnake".

Branching off from this almighty God-force are spirit-gods called loa. During Vodou ceremonies, a loa may descend the center post of the temple to possess or "ride" a worshiper who has reached a sufficiently high state of consciousness. The morality implicit in this is stated in the Haitian proverb, "Great gods cannot ride little horses."

Vodun practices like drumming were definitely noticed by nervous colonists who had imported fierce warriors and tribal priests to work their farms. After a deadly rebellion in the South Carolina colony in 1739, the colonists realized slaves were using talking drums to organize resistance. The Slave Act of 1740 in South Carolina barred slaves from using "drums, horns, or other loud instruments." Other colonies followed suit with legislation like the severe Black Codes of Georgia.

Soon, religious repression was in full swing. Slaves caught praying were brutally penalized, as this excerpt from Peter Randolph's "Slave Cabin to the Pulpit" recounts:

In some places, if the slaves are caught praying to God, they are whipped more than if they had committed a great crime. Sometimes, when a slave, on being whipped, calls upon God, he is forbidden to do so, under threat of having his throat cut, or brains blown out.

Vodun practitioners taken as slaves to plantations in Haiti, Cuba, Brazil, and Jamaica were also prohibited from practicing their religion. But enslaved Vodun priests arriving in the Catholic West Indies quickly grasped similarities between their tradition of appealing to loa to intercede with God, and Catholics praying to saints for intercession. By superimposing Catholic saints over the loa, slaves created the hybrid religions Santeria (saint worship) in the Spanish Islands, Vodou in Haiti and Candomblé in Brazil.

On Aug. 22, 1791, Haitian slaves revolted on a signal from Vodou priests, who consulted their oracle to determine which military strategies would succeed. The revolutionaries defeated Napoleon Bonaparte's army and declared independence Jan. 1, 1804, establishing Haiti as the world's first black republic. Freaked by a successful slave revolt, the United States and Western Europe slapped economic sanctions on Haiti, turning the prosperous colony into an impoverished state that could no longer sell the products of its fields.

In 1809, Vodou arrived in the United States en masse when Haitian slave owners who had fled to Cuba with their slaves were expelled. Most relocated from Cuba to New Orleans, nearly doubling the city's size in one year. Today, 15 percent of New Orleans practices Vodou, and it's popular in other U.S. cities with African and Haitian communities.

Among the arriving Haitians was Marie Laveau. She became the leader of New Orleans Vodou practitioners in 1820 when she was elected the human representative of the Grand Zombie. (Former White House Social Secretary Desirée Rogers is descended from Marie Laveau.) 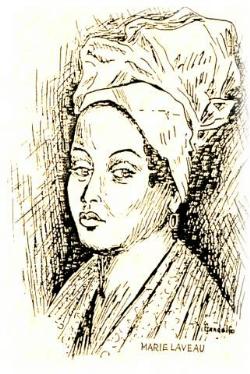 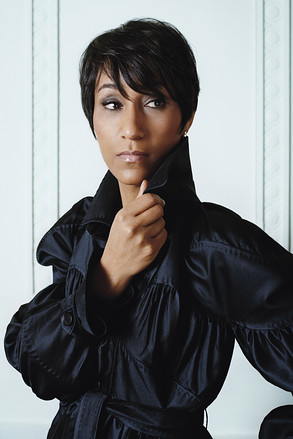 Marie Laveau (on left) and Desiree Rogers (on right)

Laveau kept a python named Zombi, and danced with it on her shoulders while presiding over ceremonies. This image was appropriated, with other Vodou nods, for Britney Spears's "I'm a Slave 4 U" performance at the 2001 MTV Video Music Awards.

The sensationalistic 1884 book Haiti or the Black Republic by Sir Spencer St. John, slammed Vodou as an evil cult, with gruesome descriptions of human sacrifice and black magic -- some of which had been extracted from Vodou priests via torture. It became a popular source for the Hollywood screenwriters who began churning out voodoo horror flicks in the 1930s.

The first musician to bring pop-Voodoo imagery to the stage was Screamin' Jay Hawkins, who would rise from a coffin onstage with a bone in his nose. Hawkins had intended for his hit record "I Put A Spell On You" to be a soulful ballad. But once the producer "brought in ribs and chicken and got everybody drunk, we came out with this weird version," Hawkins admitted, adding "I found out I could do more destroying a song and screaming it to death." Hawkins kicked off the undead craze among rockers like Alice Cooper and Marilyn Manson.

Meanwhile, despite the severe repression, Vodun practices crept into Southern black churches. Descriptions of black Baptist church services in the late 1800s and early 1900s depict the congregation dancing in a circle in a "rock" or "ring shout" as they follow the deacon, who bears a standard.

It was the deacon's job to whip parishioners into a frenzy of fainting and speaking in tongues called "rocking the church." The concept of a deity "riding" with a worshiper transferred to these Christian churches, where the cry "Drop down chariot and let me ride!" was often heard, as well as "Ride on!" and "Ride on, King Jesus!" This became the solidarity shout, "Right on!"

Blues singers fronting big bands, like Joe Turner and Jimmy Rushing, copied the way church solo singers belted over the choir. The radio beamed this new "shouting blues" all over black America. It was picked up by country blues singers like Muddy Waters and T-Bone Walker, who had moved to Chicago and used it with their new electrified bands. These, in turn, inspired rockers like Janis Joplin, Jimi Hendrix, The Beatles and The Rolling Stones

Africans brought here as slaves carried with them incredibly strong aesthetic, ethical and cultural values that not only withstood the shock of their forced transplantation to the New World, but transformed and invigorated it. Their influence made us uniquely American. It's why we respond to that Voodoo beat.