Ten months ago I sent an email that forever changed how I view Detroit. I used to see Detroit as a work in progress -- years away from robust change. Then I sent an email to Bryan Barnhill, the campaign manager for Mike Duggan, and I found I couldn't have been more wrong. I volunteered to be a social media team member for Duggan's mayoral campaign, and this journey proved much more powerful than a few tweets.

A little on my background -- I grew up in the suburbs of Metro Detroit. In the ninth grade, my horizons broadened when I went to the University of Detroit Jesuit High School. U of D gave me that first taste of Detroit, while simultaneously instilling in me a passion for community outreach. As I progressed through school, I felt empowered by the mission to make Detroit a world class city again. So when it came time to apply for college, I decided to stay in the city and attend Wayne State University. I'm majoring in Urban Studies and Planning to ascertain the tools to make our community a better place.

With those interests in mind, I knew I wanted to jump right into Detroit's political landscape. Not many people say this -- but Detroit is where I want to settle down, buy a house, and send my kids to school. Politics is therefore critical to how I shape my future in this community. I can't blame the system for failing to work for me, if I never got involved to help change that system in the first place.

That being said -- we often assume real life would crush such idealism. The second I started working on the Mike Duggan campaign, all of that hope and optimism would be replaced with stark reality, right? Well from the time I got a response to my email signing up to be a social media volunteer to the days before the general election -- I've become so much more hopeful about the future of the city I love.

Sure those stark realities are still looming over Detroit -- bankruptcy, crime, blight, etc. These are serious issues, and the national media takes every opportunity to highlight a negative take about Detroit's ruin.

That's part of the reason I thought of Detroit as a work in progress. I saw a city with all of these problems -- and no unified front willing to put aside differences to fix it. Even in our own local news -- we constantly hear about the deep segregation, division, and differences between city and suburb. No one is willing to cross eight mile and work to restore our urban core.

Then I saw this:

The campaign kickoff on February 26th was my first exposure to the candidate himself, and he delivered a rousing address to hundreds of people on Detroit's east side. I was struck by what I saw -- these people were unified and ready to change their city today.

Mike Duggan proved in this campaign that he wasn't just the white candidate for mayor in a majority black city. He transcended that and became a symbol of hope to a city that tends to get more bad news than good. 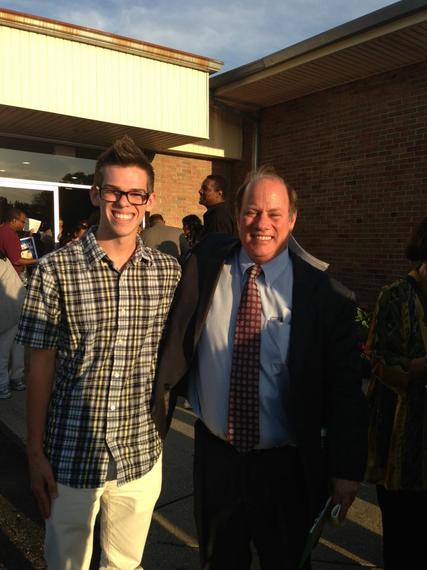 Even after the seemingly hopeless situation of Duggan getting kicked off the ballot -- he still inspired 48,000 Detroiters to write in his name for the August 6th primary. Overcoming every obstacle with grace has been Duggan's life work. From SMART to DMC -- Duggan shows an affinity for sowing hope in the depths of hopelessness.

I never thought that by sending an email to volunteer to craft a few tweets and Facebook posts -- I would be changing my worldview of how to engage our community. It's time to come out and vote Detroit. Make sure every neighborhood has a future, and vote Mike Duggan for mayor on Tuesday, November 5th. 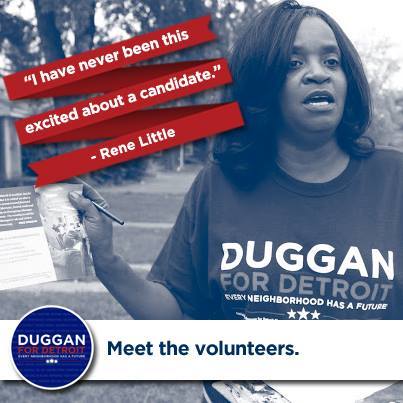 Vote Mike Duggan for Mayor of Detroit on November 5th
VIDEOS: Mike Duggan Tackles the Issues
1 / 10
My Detroit
My Detroit: Mike discusses how young professionals helped inspire him to run for mayor.