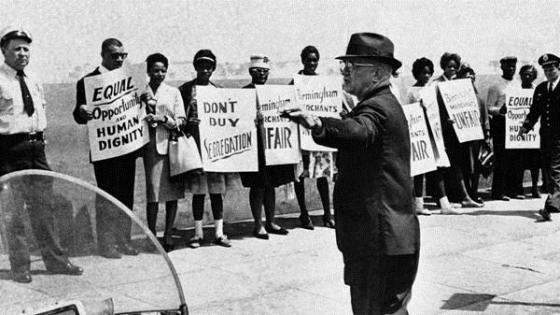 The basic contours of the public discourse on voter ID laws are fairly clear. In-person voting fraud is rare. As Judge Richard Posner has concluded, restrictive voter ID laws are mainly the product of Republican legislatures targeting Democratic-leaning constituencies. Chief among those Democratic constituencies are African Americans and Latinos. The refrain of Republicans to the charge of racial discrimination is that, at worst, the laws are politically motivated -- an odd justification of a potential impediment to accessing the ballot. A recent case in Texas, however, reveals the racial trappings not only of that state's restrictive voter ID law but of the broader movement to adopt voter ID laws.

A federal district court in Texas found that Texas's voter ID law intentionally discriminated against black and Latino voters. The court based Its finding on a number of factors, including the fact that the law's proponents were fully aware that the law would have a disparate impact on blacks and Latinos. Perhaps most telling was the Court's finding that the law was passed when Texas had become a predominantly black and Latino state, and when the Latino vote in the state had been consistently gravitating away from Republicans. 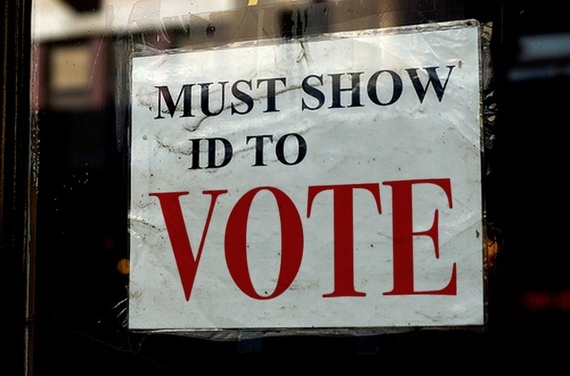 A federal court of appeals affirmed the district court's conclusion that Texas's voter ID law disproportionately disenfranchised black and Latino voters, but it took issue with its finding of discriminatory intent. According to the court of appeals, the district court placed too much reliance on Texas's history of official discrimination in voting because much of that history is in the distant past.

One could challenge the court of appeals' understanding of the relevance of discriminatory practices from the past. The south's past has socialized its present. I and a group of political scientists argued as much to the Supreme Court in an amicus brief in a different case. We found that on a variety of metrics, the south -- including Texas -- was more discriminatory than other parts of the country.

Texas's history of official discrimination -- even "long-ago" discrimination -- has a direct impact on modern political circumstances in that state. Absent the virulence of the south's discrimination, the great migration of blacks from the south to the north would certainly not have achieved the magnitude it did, and the south would today have a denser concentration of minorities. With greater numbers, different political outcomes (such as avoidance of restrictive voter ID laws) would likely follow.

One could also take issue with the appeals court's dismissal of statements by opponents of the voter ID law. Many of these statements were made by legislators who were percipient witnesses to Republican legislators' machinations to pass the law. Although it is never possible to look into a heart, these legislative opponents had worked alongside Republican legislators and were in as good a position as anyone -- and certainly in a better position than the court of appeals -- to know what their colleagues were capable of.

But even setting to one side the appeals courts' begrudging assessment of the evidence of discriminatory intent, that court did not question what is arguably the most powerful evidence on this score: Texas had both motive and opportunity to restrict minority access to the ballot.

To appreciate the importance of motive and opportunity, consider these concepts in a completely different legal context where the burden of proof, beyond a reasonable doubt, is much greater than the burden of proof to show discriminatory intent, preponderance of the evidence. Suppose a defendant is charged with murdering her husband to reap life insurance proceeds. The life insurance policy provides the motive. Suppose further that the husband died of smoke inhalation in his sleep after the wife "accidently" left the stove on while running errands. The wife had opportunity to act on the motive.

The law requires no direct evidence to convict the wife of murder. Nor does the law require direct evidence of Texas's intent to discriminate against black and Latino voters by passing a restrictive voter ID law. Texas has become a majority-minority state, and Republicans have done a poor job of convincing the state's fastest growing ethnic minority, Latinos, to vote for their candidates. Texas, in short, has motive and opportunity to discriminate on the basis of race.

What is true of Texas is also true of Republicans nationally. After Mitt Romney's 2012 loss to Barack Obama, the Republican National Committee acknowledged in its autopsy report that Republicans were unlikely to recapture the White House without winning more votes from the nation's growing minority demographic. Although the RNC autopsy report correctly diagnosed the party's problem, it offered no changes in substantive policy that the party would adopt to win minority voters. Instead, it essentially advocated convincing minority voters that they simply don't know what they're missing out on when they reject Republicans -- a losing strategy historically and for the foreseeable future.

With no case for attracting minority votes, Republicans certainly have a motive for suppressing them. And, as the Texas case reveals, Republican state legislatures have used their power to act on this motive.