President Obama said in his 2013 State of the Union Address that "we are betraying our ideals" when any American is denied the right to vote because of where they live. This month, as President Obama prepares once again to address the nation, nearly 600 soldiers from Guam are returning home after a nine-month deployment in Afghanistan. While these patriotic Americans answered the call to defend democracy overseas, they are denied democracy at home. When the 2016 General Election rolls around, they will be unable to vote for President and will only elect a non-voting Delegate to Congress. 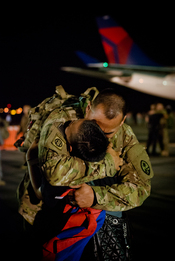 During their first month of deployment in Afghanistan, two Guam soldiers, Spc. Dwayne Flores, 22, and Sgt. Eugene Aguon, 23, were killed by a car bomb. According to statistics from the Washington Post's "Faces of the Fallen," Guam's casualty rates in Iraq and Afghanistan have been 450 percent above the national average. Perhaps that is because Guam ranks higher than any state in per capita recruitment rates. Fully 1 in 20 Guam residents are military veterans according to the U.S. Census. During World War II, Guam endured a brutal enemy occupation that resulted in over a thousand civilian deaths. Today, Guam's location on the doorstep to Asia contributes to national security, but also places its residents uncomfortably close to North Korea and other threats.

Guam's residents are not alone though in being denied the right to vote for president. Neither can residents of Puerto Rico, the U.S. Virgin Islands, American Samoa and the Northern Mariana Islands. These five areas have a combined population of over 4 million, greater than about half the states and about the same as the six smallest states combined. In all, more than 20,000 military service members from these areas have served in Iraq and Afghanistan. More than 125,000 veterans call these areas home. Yet because of where they live, they do not have the same voting rights as other Americans.

It is unlikely that President Obama will have anything to say about these Americans in his 2014 State of the Union Address. But presidents and presidential candidates should think twice before ignoring them. First, they actually do participate in the presidential primaries, and were a factor in both the 2012 Republican Primary and the 2008 Democratic Primary. Mitt Romney campaigned in Puerto Rico and his son Matt Romney even campaigned in Guam. Second, over 5 million Americans living in the states have close ties to the territories. Over 850,000 Puerto Ricans live in Florida alone -- the 2012 election was decided in Florida by just 75,000 votes. Another 600,000 live in the swing states of Ohio, Virginia, Pennsylvania and North Carolina.

Voting rights for residents of U.S. territories should not be a partisan issue. On the whole, these are swing voters who value the importance of family and religion. Guam has elected as many Republican Governors as it has Democratic ones, including its current Governor Eddie Calvo. Former Puerto Rico Governor Luis Fortuno is a rising star in the Republican Party. Residents of these areas are primarily Latino, Asian and Pacific Islander, groups both parties increasingly need to reach out to if they hope to win national elections.

Where you live, whether it is a state, territory or the District of Columbia, should not affect your right to vote. If residents of Guam and other U.S. territories are putting their lives on the line to defend democracy, they deserve to be its full participants. Our American ideals demand no less. 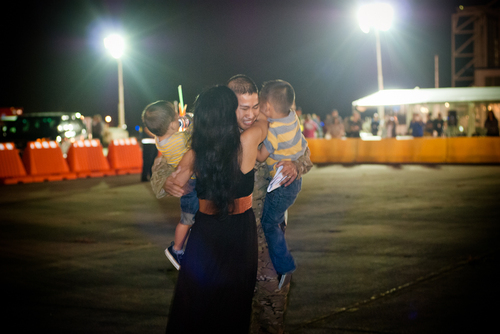 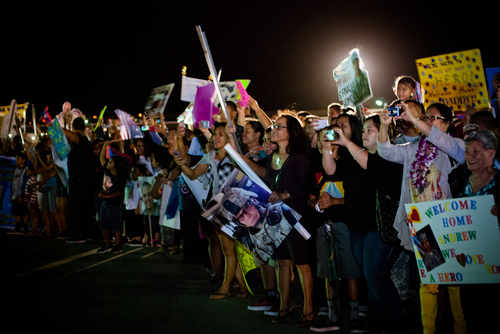