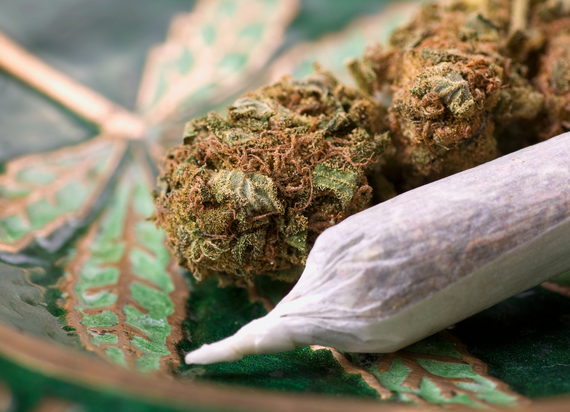 This year's election is already underway and while most of us are paying attention to the presidential candidates, there are a lot of other elected positions and ballot measures that are important to consider. One issue, being voted on in nine states, regards varying levels of marijuana legalization, either for medical or recreational use. As an addiction treatment professional who closely follows healthcare issues, I urge you to consider a yes vote if your state has a marijuana legalization measure on the ballot. Doing so probably will save lives that would otherwise be lost to opioid abuse and addiction.

Is the legalization of medical or recreational marijuana a solution for America's opioid epidemic? It certainly isn't the be all, end all, but there is a clear connection between decreased opioid overdose death rates and medical marijuana legalization. Although there is little research on medical marijuana's efficacy done in the United States, because it is a Schedule 1 drug, there is growing evidence that marijuana could be an appropriate and less addictive substitute for opioid pain medication. If the trend toward legalization continues, we should encourage physicians to prescribe marijuana instead of opioids.

Choice is an important part of an individual's healthcare. In this election cycle, nine states are considering either medical or recreational marijuana legalization: Arizona, Arkansas, California, Florida, Maine, Massachusetts, Montana, Nevada, and North Dakota. Twenty-five states and Washington DC currently allow for the use of medical marijuana and medical marijuana proponents suggest, with strong evidence to back them up, that marijuana or its component chemicals are useful in the treatment of seizures, chronic pain, and in supportive care for those undergoing cancer treatment.

We have to think about patient choice as well as public health and safety when deciding what to do about marijuana legalization. Marijuana provides patients with greater choice on how to treat pain and will likely provide a cost-effective and less socially damaging alternative to opioids. Meanwhile, continued research on cannabinoid or marijuana based medications should be redoubled, to give patients greater access to affordable and effective care. Each state must work to improve health care for those in need, including those who suffer from chronic pain, and do so in a way that improves overall outcomes and saves lives.