Voula Papachristou has been expelled from the Greek Olympic Team for a racist twitter comment, according to the Associated Press.

“With so many Africans in Greece… At least the West Nile mosquitoes will eat home made food!!!”

Papachristou tweeted an apology in English on Wednesday:

I would like to express my heartfelt apologies for the unfortunate and tasteless joke I published on my personal Twitter account. I am very sorry and ashamed for the negative responses I triggered, since I never wanted to offend anyone, or to encroach human rights.

My dream is connected to the Olympic Games and I could not possibly participate if I did not respect their values. Therefore, I could never believe in discrimination between human beings and races.

The Greek Olympic Committee released a statement, confirming the expulsion of the track and field athlete who had been set to compete in the triple jump. Per the BBC, the committee stated that Papachristou has been "placed outside the Olympic team for statements contrary to the values and ideas of the Olympic movement."

ATHENS, Greece — Greece has removed triple jumper Voula Papachristou from the country's team at the London Olympics over her comments on Twitter mocking African immigrants and expressing support for a far-right party.

The Hellenic Olympic Committee says in a statement Wednesday that Papachristou is "placed outside the Olympic team for statements contrary to the values and ideas of the Olympic movement."

Papachristou is in Athens. The committee says she was to travel to London shortly before the track events start.

PHOTO GALLERY
2012 Olympics By The Numbers 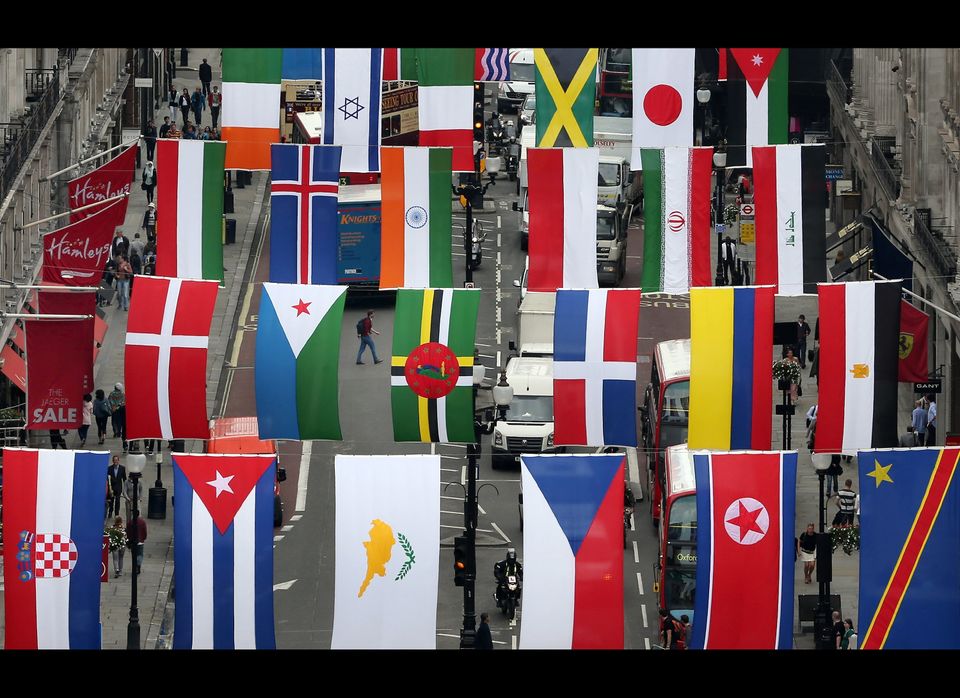 1 / 23
10,500 Athletes From 205 National Olympic Committees
Regent Street Installs National Flags Ahead Of The Olympics. <br> Flags of 200 nations are displayed on Regent Street on June 15, 2012 in London, England.
Getty