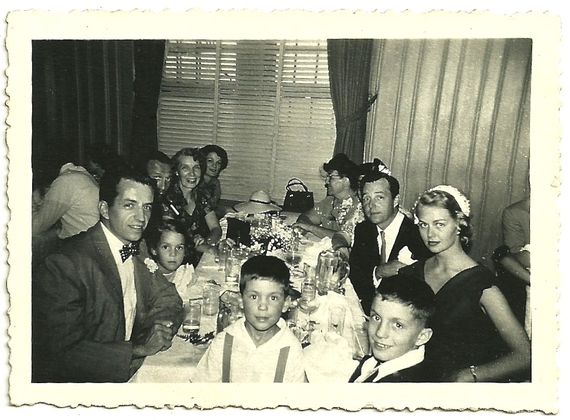 There are voices who encapsulate in their writing the angst of being alive in Europe's war-torn 20th century. Stefan Zweig is unparalleled in his evocations of the soul's destruction under the marching boots of evil, Elie Wiesel in the abhorrence of that subjugation of evil, and W. G. Sebald in the pervasiveness of existence of such a time.

Sebald's world invokes the quietness of that struggle, when confusion and pain were the only palliatives, and grief was often repurposed into silence or suicide. Like a cluster bomb inside the head, trauma ruptured a survivor's every neurological pathway, and life became a race between what would overtake the mind first, hope or despair. That relentlessness defeats many in areas of conflict of the 21st century.

Sebald's real-life characters try to live with acceptance, from which emanates a deep-tissued, intrinsic melancholia. Forever emigrants, they inhabit a spacial limbo between a motherland that rejected them and a new frontier that could never fill the ensuing emptiness. And like the shadow on an X-rayed lung, melancholia weighs on their every breath, a cancerous reminder that a healthy part of who they once were remains un-recoverable, and that no amount of movement, travel and further settling, will lighten the darkness.

Many wished for an end from a non-apparent sickness. Like rubbing an open blister so that it becomes infected and ultimately untreatable, the valet, Ambros Adelwarth, after a duty-bound life of professional exactitude, subjects himself willingly to electro-shock therapy. He sits patiently for his next session on the waiting room chair, until the accumulative effects of a mental annihilation allow him to drift into a final resting place. After teaching primary school children over many years, Paul Bereyter, gets up one morning and lays himself on railway tracks. And Sebald continues his references to other suicides, as subordinate clauses of a family's history and in the same way that another relative might have married or moved to Jersey.

Sebald's melancholia seeps into every thread of life's fabric. Those left behind constantly imagine the whereabouts of their loved ones. They long for news and settle for half-truths and hearsay, their stories peppered with a factual detail enveloped by guesses and assumptions, their lives halted by not knowing. They suspect their uncle Ambro may have had feelings for his master but then again, no one really knows.

Sebald's grainy black and white photos could be our own descendants, whose lives stopped and started without modern means of communication and documentation. It is difficult to imagine a world with so much left unsaid.

His geographical descriptions - the lie of the land, the distinction between trees and terrain, the effects of weather on ground, foliage, on a hillside, a canal - become the elements of a spiritual hope for those embarking upon a new life. And yet these landscapes too, even at their most beautiful in England and America, only echo the quiet haunting behind the eyes of where they can't be . An old woman waving a car goodbye with a handkerchief stands in stark contrast to the crowd sourcing of our hellos and goodbyes today.

These emigrants, and many more like them, create trails of lost spirits. Like Aboriginal song-lines that criss-cross territories of the dead, they layer the earth's crust with indefinable resonance. They are the reason we are sometimes overcome by a frisson, a déjà vu, an inexplicable understanding of a place we've never hitherto visited. And what comes to mind is another old-fashioned gesture, the tipping of our hat, to those who chose to put an end to all the living they attempted. These were not acts of selfishness; on the contrary, these individuals, child and spouse -less, left life with awareness, exercising the ultimate act of free will. Undefeated, they determined closure on their own terms. A life can become immaterial, and is no less sacred for being so and acting upon that fact, because what it leaves behind, the imprint of a reminder, is beneficial to us all.

To live all that is possible is sometimes enough.