ISLAMABAD, Oct 25 (Reuters) - Militants overrun a Pakistani police academy and kill 100 officers. An Indian spy and her accomplice waltz in a glitzy flat in Islamabad to celebrate the success of their mission.

This is a scene from Waar ("Strike"), Pakistan's first big-budget movie which opened this month to enthusiastic audiences in the nuclear-armed South Asian country of 180 million.

Filmed with the support of the all-powerful military, the movie depicts every volatile aspect of Pakistan's rocky relationship with its nuclear arch-rival India.

Even in Pakistan itself, Waar is denounced by some liberals wary of what they see as fiery nationalistic rhetoric and scenes demonising India.

The narrative is simple and packed with action.

Indian villains team up with Islamist militants to plot spectacular attacks across Pakistan. Pakistani security forces jump in and save the day.

"Like any other action film, we wanted to show the triumph of good over evil," said director Bilal Lashari, 31. "And we wanted to do it with a great amount of spectacle and scale."

"The army was great in that they gave us a lot of logistical support," Lashari said. "All the scenes with the helicopters and the mountains - they couldn't have been done without the army."

Though yet to be screened in India, the film serves as a reminder of tensions between the neighbouring states, which have fought three wars since independence from the British in 1947.

India and Pakistan trade accusations of staging cross-border attacks and supporting militants in the disputed region of Kashmir, where violence has seen a resurgence in recent months.

The movie has proved hugely successful. On a recent viewing in a packed cinema in the capital, attendees leapt to their feet to applaud patriotic scenes.

In one such moment, a retired officer takes on an Indian contractor on the roof of a building while a female Pakistani officer rushes to defuse a chemical bomb planted on the balcony.

Many cheered as the officer reduced the Indian man's face to a pulp. A woman turned to a group of giggling boys and scolded them for "laughing during such a serious movie".

"Of course India supports terrorism in Pakistan," said Sheila Raza, 23, as she left the cinema. "I think Waar is an accurate portrayal."

Presented almost entirely in English, Waar took more than three years to make and officially cost around $2.2 million in a country where the average film is made on less than $25,000.

Its distributors say Waar grossed more than $900,000 during the first week - a record for Pakistani cinema.

But some in Pakistan have mocked Waar as a propaganda movie. Cultural critic Nadeem Paracha said: "This film is basically the Pakistani state's fantasies being played out on a big screen."

Bollywood film "Ek Tha Tiger", one of the Hindi film industry's biggest box-office successes in 2012, but banned in Pakistan, depicted a Pakistani intelligence agent choosing her love for an Indian agent over her country.

This year, a film based on an Indian operation to capture a fictional mafia don given asylum in Pakistan riled Pakistan's censor board. The villain in "D-Day" was loosely based on real-life gangster Dawood Ibrahim, who India says is harboured by Pakistan. (Additional reporting by Tony Tharakan in New Delhi; Editing by Maria Golovnina and Ron Popeski) 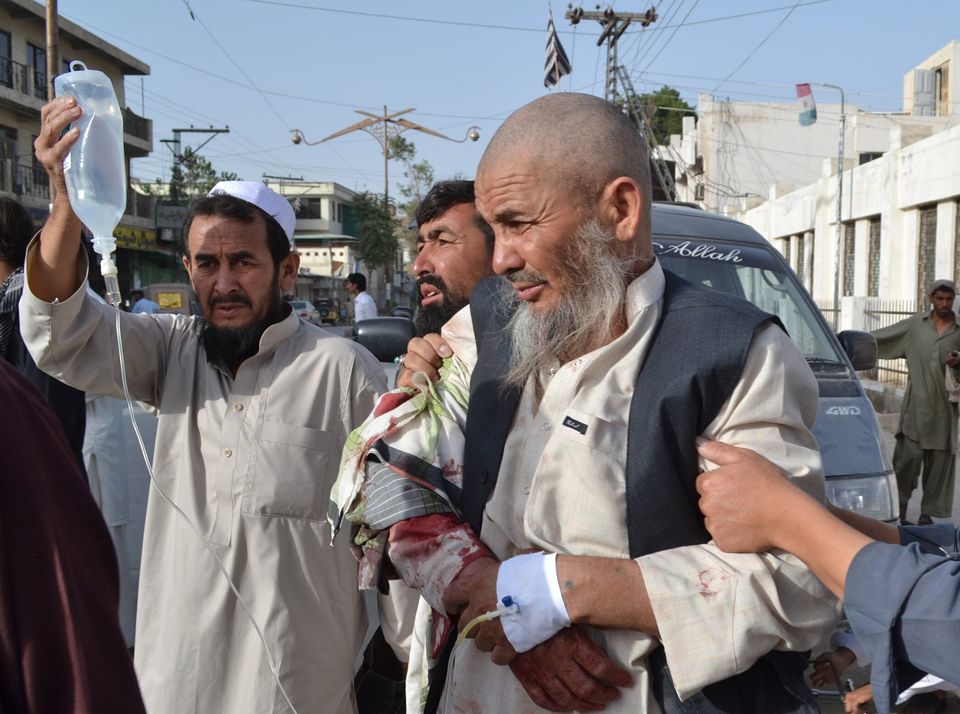