The actual street and the digital version of it are now intrinsically linked and often if you see new occurrences of street art it takes just a bit of searching online to find out more about the artist and what they are up to. This week we were surprised to find these posters that incorporate Ronald McDonald into their messaging, and to find out how they appear to be marketed just as thoroughly through social media online.

It's all about the subtleties of course, and many street artists leave a breadcrumb of clues digitally to lead you to their work on the street or in the gallery or on a t-shirt. And everyone is familiar with large "urban" brands that traverse the transgressive vibe through adroit social messaging that invariably leads to a product you may purchase. Nonetheless, sometimes it gets very confusing. 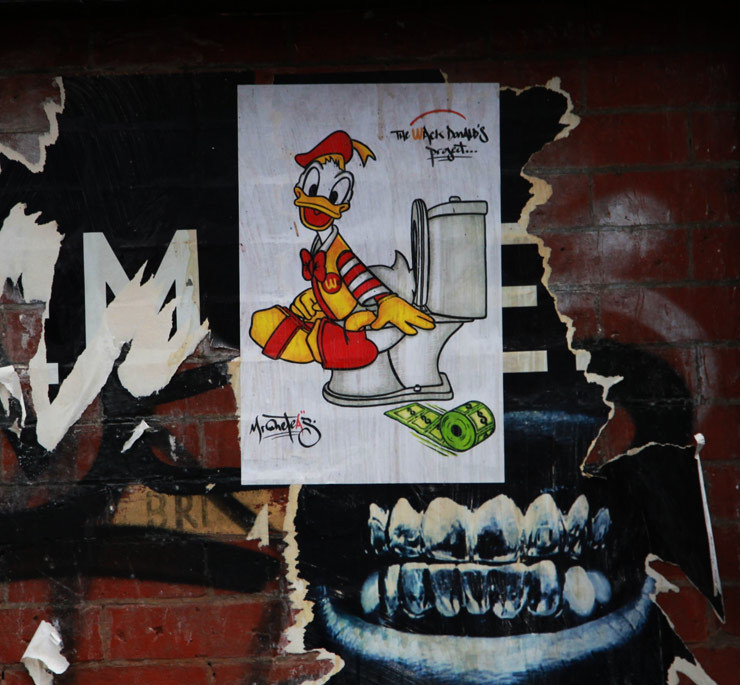 A French illustrator/painter/graphic designer from Nice who also has had shows in galleries in Monaco, Mr OneTeas is known to some as a graffiti artist who samples pop culture on his canvasses and appropriates commonly recognizable images of Hollywood names like Liz Taylor, Princess Grace, and Alfred Hitchcock. He also presents 80s television culture ironically (spotlighting Gary Coleman, Alf, Mr. T), inverts meanings with global brand logos, critiques consumerist culture, and interprets his subjects using the visual language of street art and the commercial finesse of artists such as Mr. Brainwash, for example. 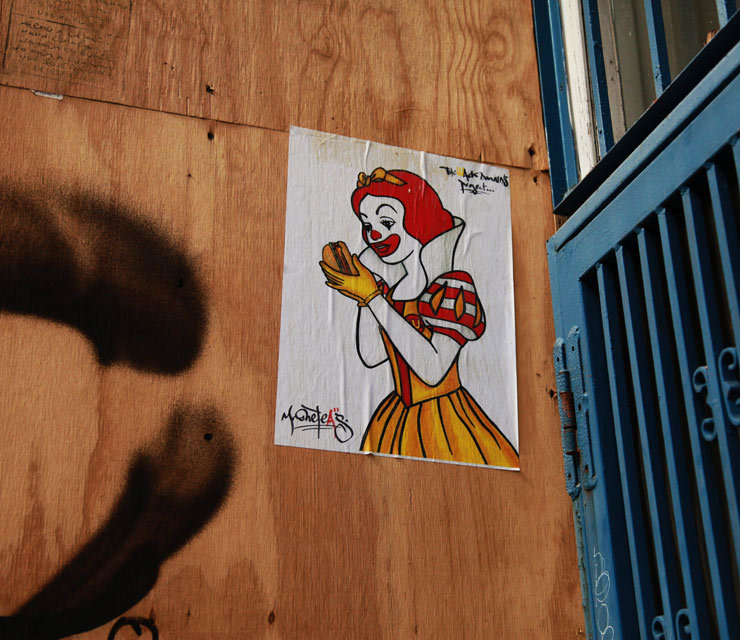 That said, some people on the street here have been intrigued by these posters with the Mr OneTeas name on them which have popped up on street walls around Brooklyn appearing to skewer the fast food giant and consumerism - both because it has been a little while since we've seen a satirical bashing of a world brand on the street and because mroneteas appears to be so publicly documenting it on his Instagram and Facebook page.

If you consider the artist name as a brand (for the sake of argument), this is culture-jamming that is being re-jammed; a guerilla-advertising campaign-style series of postering that attacks a huge brand and is critical of consumerism which then employs common social media advertising techniques of promotion to get its message out. Is this still détournement?

In a brief email interview with the artist we learned that "The Wack Donald's Project" began in 2011 when he first merged the Mona Lisa with Ronald McDonald. Influenced by the documentary "Supersize Me," Mr OneTeas says that his illustrations began to equate the ubiquity of the friendly clown in the minds of children as something far more sinister than he originally thought. 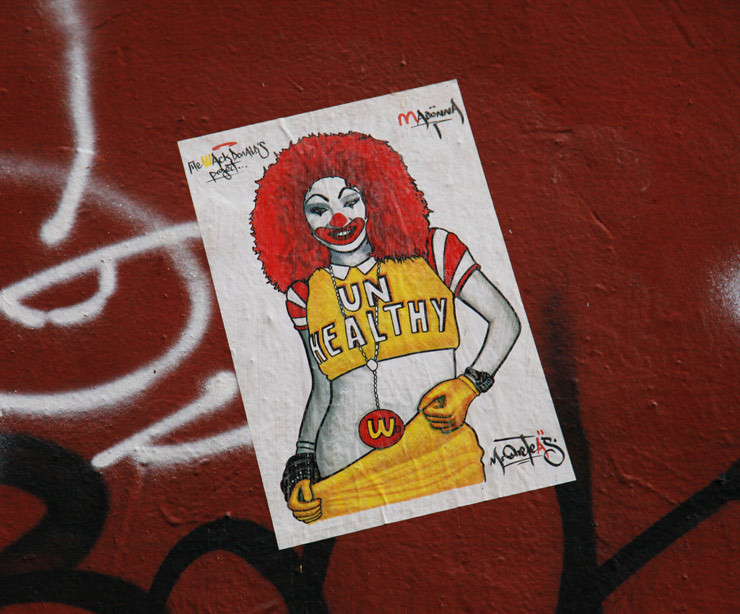 "McDonald's use Ronald the clown and they made him so friendly and attractive for the children customers," he says. Describing the piece entitled, "Ronald's Daughter / My Father Is A Terrorist," the artist says, "Today we all are scared about terrorism, suspecting everybody around us, but no one is suspecting McDonalds to hurt us. We've been conditioned by it because we have grown up with it, and now if you're looking at the Mc D restaurant world map, you will be surprised that they are everywhere."

He says he started his campaign last month in Prague and this month he was in New York with five more posters. But the New York campaign was just a small one. "100 different Wack Donald's characters are waiting to pop up, each one chosen for special reasons for different countries." You can expect the social campaign will also follow the postering campaign closely because Mr OneTeas considers the fast food to be on par with tobacco. "On the cigarette packs in France you can read 'Smoking Kills'. My thoughts are that I would like to make people realize that eating junk food can kill as well," he says. 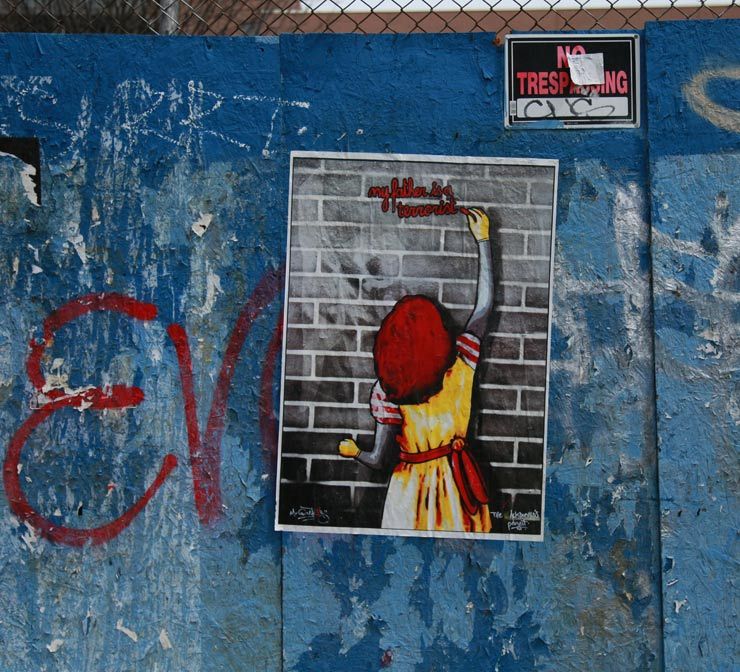