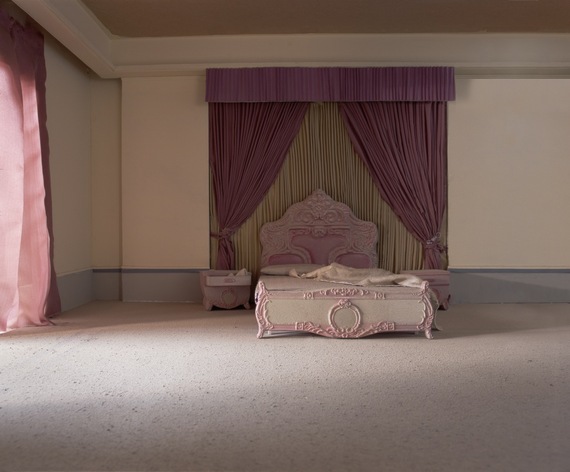 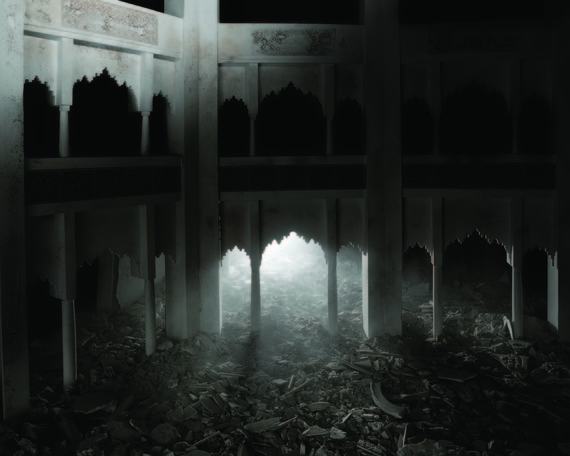 It takes a minute to realize Wafaa Bilal's photographs of familiar images from the aftermath of the war in Iraq are actually miniature recreations the size of dollhouses. Eerily lit, they reflect on the American media's dissemination of information from Operation Iraqi Freedom, which like Bilal's photographs, are in many ways staged and manipulated recreations.

Bilal, who was forced to flee Iraq at the age of 25, watched the war transpire through American media, displaced from his country yet connected through television, the Internet, and newspapers. "The Ashes Series," now on view at Driscoll Babcock Galleries, is a tribute to that intermediary space, and the performance piece Erasing actualizes this transition. The artist dictates to his assistants to cut out small, even squares from the photograph in the entryway, each of which are precisely documented. These squares are later transferred to a blank canvas on the other side of the gallery, where, although they attempt to create the inverted image, never turn out exactly the same, much like when a person is displaced, there are gaps missing from their previous life.

Bilal refers to his assistants as "number one" and "number two," making a comment on the stark distinction between artist and assistant, and also paralleling the impersonality prevalent in war between people of opposing forces. 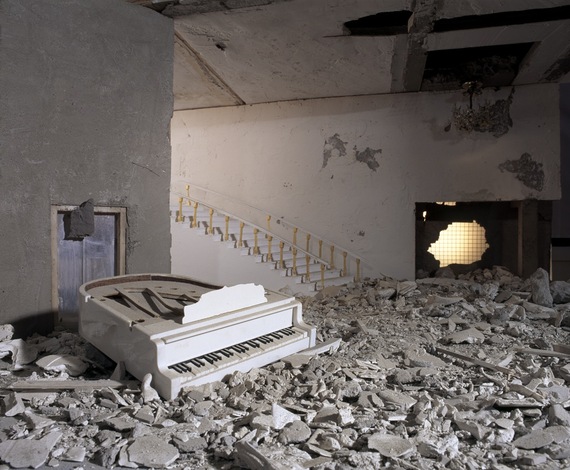 Saddam's Bedroom and The Dark Palace are the most haunting images in the series. Both spaces that were once magnificent now seem lifeless and drab, consumed by rubble. Bilal used the ashes and dust to emphasize the liminal space that these strange scenes inhabit, hovering between time and place, life and death. Bilal, who spent two years in a Saudi Arabian refugee camp, and whose home was destroyed and his family killed, mediates on his experiences by recreating these unsettled environments, sterilized in the clean confines of an art gallery.

"The Ashes Series" will be on view at Driscoll Babcock Galleries through June 14.

The article was first published on Whitewallmag.com. Read the full article here.