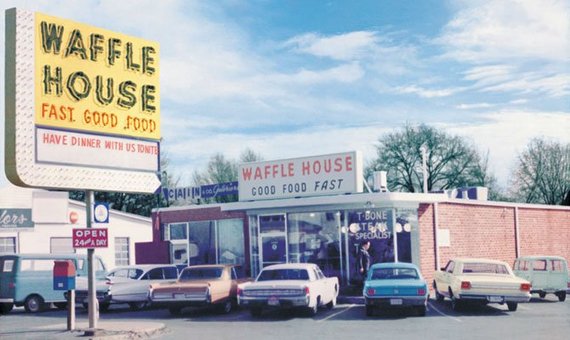 The first Waffle House opened on Labor Day weekend in 1955.

There are few chains that inspire more loving devotion than Waffle House. Just about everyone in the South has one within driving distance, and it seems like everyone who's ever visited one has a special place in his or her heart for this unique chain. But even if you're a loyal devotee, we bet that there are some things you didn't know about this all-American favorite.

First, a little history. The original Waffle House opened on Labor Day weekend in 1955, in Avondale Estates, Georgia. Founders Joe Rogers Sr. (then a regional manager for the Toddle House chain) and Tom Forkner had the idea to take the speed of fast food and combine it with table service. Adding "waffle" to the name was a subtle indicator that the restaurant was dine-in, as waffles don't travel very well. The restaurant was an instant success; the first franchise opened in 1960, there were 27 locations by the late 1960s, and today there are more than 2,100 locations in 25 states. While it has a reputation for being a Southern chain, it's set up shop in states including Ohio, Arizona, and Pennsylvania. It's a certifiable juggernaut, and both Rogers and Forkner, now well into their 90s, can still be regularly found behind their desks at company headquarters near Norcross, Georgia.

Waffle House brings in more than $1 billion in revenue annually, yet it remains a private company and never advertises. Even though it's a major chain, part of the company's philosophy is to encourage social interaction between the patrons and servers and to greet regular customers by name. Waffle House is also pretty quirky: they cater, there's a Waffle House food truck in the Atlanta area, they'll accept your package deliveries, servers give out free hats to kids, and the company even has an Instagram page for its test kitchen.

The numbers are staggering when it comes to the sheer amount of food that Waffle House employees serve per minute: 341 strips of bacon, 238 hash brown orders (hash browns are a specialty), 145 waffles, and 127 hamburgers. If you were to lay the bacon they serve in a year end-to-end it would stretch all the way around the Equator; if you were to stack all of the sausage patties they serve daily on top of one another they'd be four times as tall as the Empire State Building; and every year they serve enough coffee to fill eight Olympic swimming pools.

But that's just the beginning when it comes to this iconic chain. Read on for more facts you might not have known about Waffle House.

It Was Named After the Most Expensive Item on the Menu 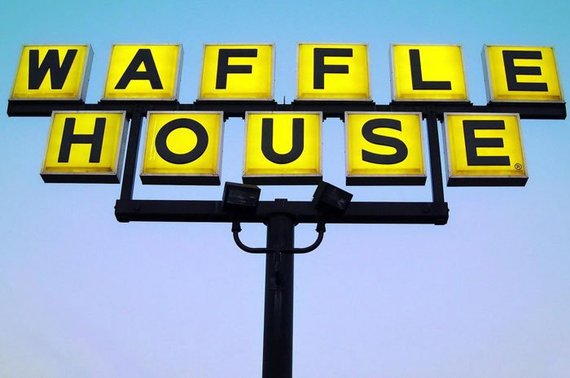 The original menu had 16 items on it, and the most expensive (and most profitable) one was the waffle. By making it their flagship item, the founders also assured that they'd have a better chance of pulling a hefty profit. 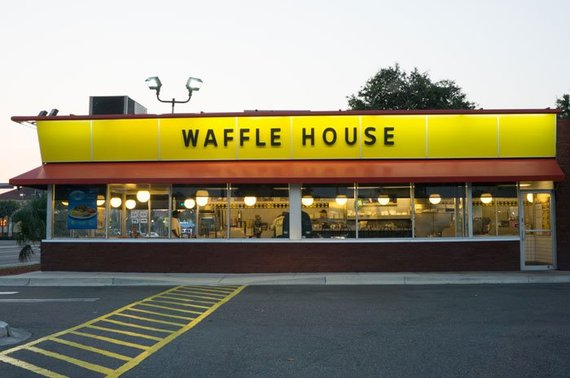 One of the chain's founding principles was to be always open, always. 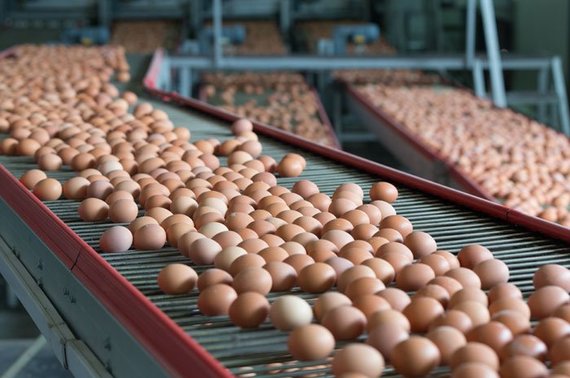 The Original Location Was Turned Into a Chinese Restaurant 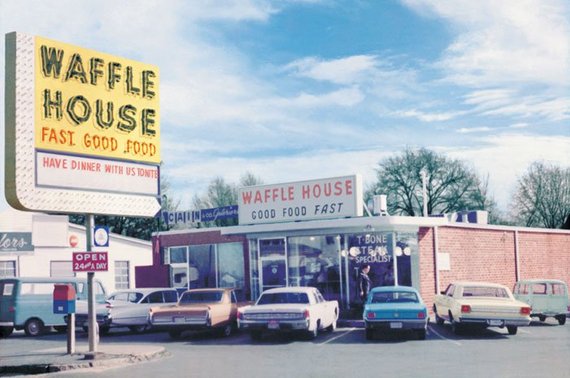 By 2007, the first location, which had been sold in the early 1970s, was languishing as a Chinese restaurant. The company bought it back and remodeled it using the original blueprints, and today it's a private company museum that's used for corporate events but is occasionally opened to the public.

FEMA Has a "Waffle House Index" 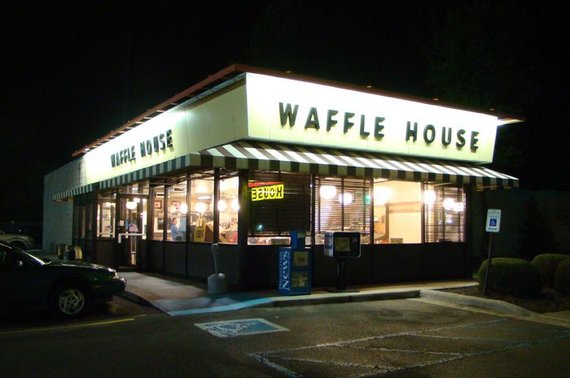 When Waffle House says that they're open 24/7, they mean it. The chain's disaster management plan is so well-thought out (with portable generators, food, and ice brought in in advance of natural disasters like hurricanes) that the Federal Emergency Management Agency gauges the severity of a disaster based on (among other criteria) how the local Waffle House responds to it, a system they call the Waffle House Index.