We all know American wages are too low and growing too slowly. But it took Goldman Sachs, of all things, to point out just how historically bad wage growth really is.

Since the Great Recession, wages have been growing at a rate of only about 2 percent per year -- the slowest since at least 1965, according to a new research note by Goldman economist Jan Hatzius. (Story continues below Goldman's chart of grim sadness, courtesy of Business Insider.) 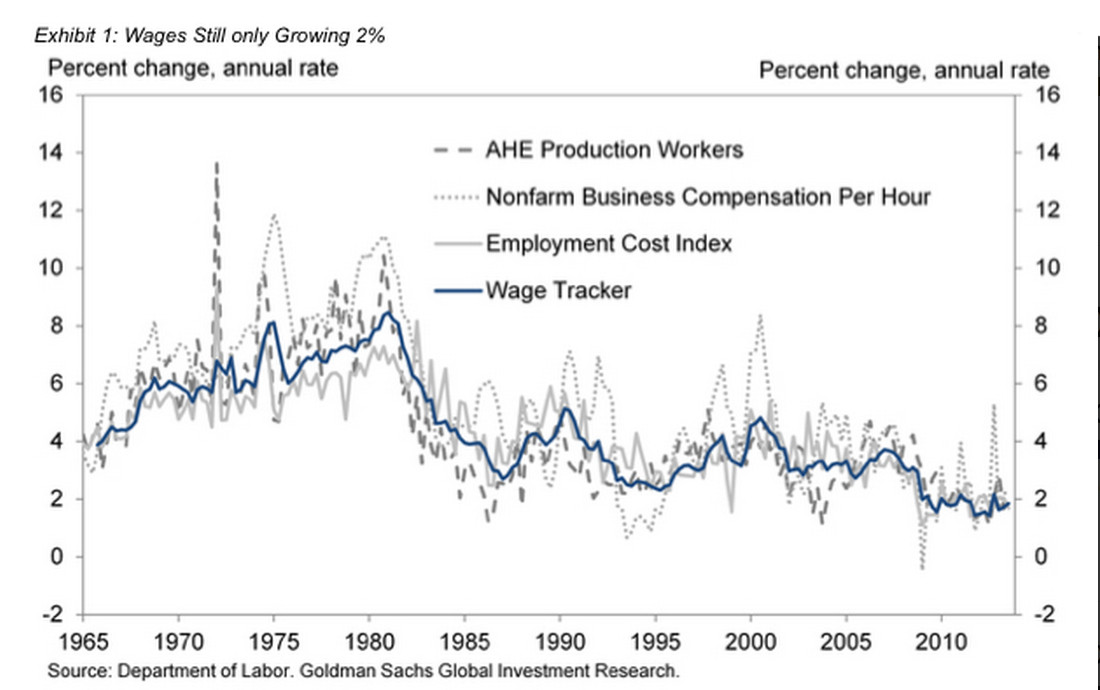 That's the bad news: Wage growth is barely keeping up with inflation.

Now, the even worse news: Wage growth probably isn't going to speed up any time soon, according to Hatzius. He expects a surge in Corporate America's productivity, meaning companies will be able to squeeze more stuff out of fewer worker hours.

Companies are already running lean: The Wall Street Journal's Theo Francis had a frustrating story on Thursday about how companies are still, five years after the recession, not seeing enough demand to increase hiring in any significant way.

All of this non-hiring leaves "slack" in the labor market, which is why the price of labor -- wages -- is so low.

Hatzius notes that history also suggests wages won't grow very quickly, if the past 30 years are any guide.

But now, the good news, if you are a company and/or a shareholder: Slow wage growth means companies have been able to keep churning out profits despite a weak economy, lousy overseas markets and an inability to raise prices. That's the main reason the major U.S. stock indexes have roared to record highs, even when the economy still feels weak to most of us.

And it's why CEOs and shareholders keep getting richer, while the rest of us keep falling further behind.