The Spotlight Gallery at Wagner College hosts the exciting photographic exhibit, CUBA! ...and its magic this month. The small but picturesque gallery in the Horrmann Library, houses the colorful exhibit that is as varied in the materials used as its subject matters.

This is Fern Metcalf's first solo photography exhibit that combines two sponsored artist/cultural exchange trips with the Caribbean Cultural Center in Harlem, including one this year, between U.S. and Cuban artists. She took the opportunity of her first solo show to be as creative in how her work would be displayed as the work itself. Banners, cut-outs and frames of varying sizes give the subjects movement and weight. A '50s finned Cadillac and its inhabitants seem to fly off the white wall in its cut-out display. A banner featuring the art of the Bienal is equally impressive.

Another stand-out is a photograph of the colorfully costumed dancers and musicians of the Fiesta del Fuego (officially known as Festival del Caribe), an annual event in Santiago of art, dance, music and magic/religious ceremonies since 1981. In addition, some of the art of the Bienal de la Habana (Havana) is featured. For the first time, the art festival, whose theme this year was "Between the Idea and Experience," made art in all forms available on the streets of Havana by artists from all over the world, instead of just the museums and galleries. "Art was everywhere...under an over pass, on the avenue, on side streets, in alleys..." said Metcalf.

Many of the artists worked with found materials or whatever was readily available. One photograph, in particular, in this exhibit captures the "can do" spirit of the artists. In a cut-out display, it shows a street installation of a rusty pipe with a light bulb through which a changing video display is featured.

Metcalf also sought to capture scenes of everyday people in Havana, a domino game at a table set in the street, boys playing football (soccer), women smoking cigars or a musician playing on the Malecon.

This exhibit is testimony to my journey from the idea of going to Cuba, standing on Cuban soil, to being able to visually display and share the experience of actually being there. The magic of Cuba is that its people exist despite hardships endured economically in a mostly isolated post revolutionary Cuba...My goal is to go back and spend time in Matanzas, Cuba which had the highest concentration of slaves in Cuba and retains a lot of African traditions to this day.

The Spotlight Gallery, whose curator is Modern Languages (Spanish) professor, Marilyn Kiss, is opened to Wagner art students as well as one exhibit per year to local artists. The experiential training--course work, internships and the opportunity to study and learn from local artists--is invaluable to the students who often combine art studies with practical minors such as business.

CUBA! ...and its magic runs through November 7th at The Spotlight Gallery, Wagner College on Staten Island, which is opened daily until 3 a.m., except Saturday, 10 a.m.-8 p.m. 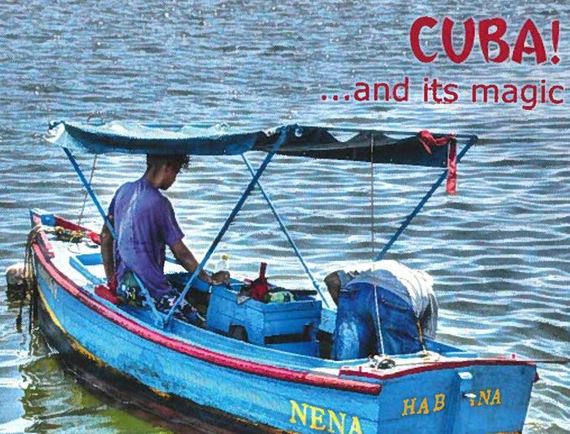