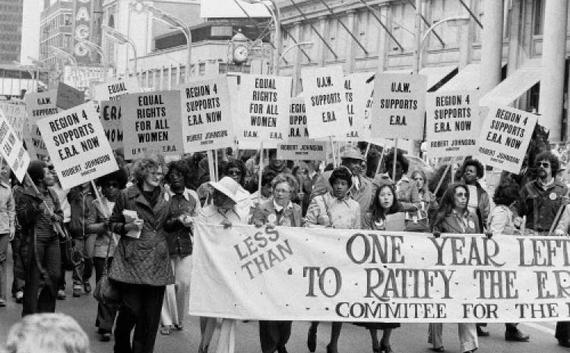 I'm part of Generation X -- the generation where girls and young women were taught that we could be anything, do anything and, if we worked hard enough, could have it all.

I, like many of the young women of my generation, assumed that we had equal rights with men under the law of our Constitution. We lived in the United States of America, the strongest democracy in the world. Why wouldn't we?

To my surprise, I learned (and it wasn't that long ago) that I was wrong. The U.S. Constitution does not guarantee equal rights for women.

Since 1923, activists have been trying to pass the Equal Rights Amendment (ERA), which states, "Equality of rights under the law shall not be denied or abridged by the United States or by any State on account of sex."

The most prominent of those activists was Alice Paul, a suffragist and women's rights leader, who first wrote and proposed the amendment in 1923, three years after the passage of the 19th amendment guaranteeing women the right to vote in the United States.

As ERA advocates at the Alice Paul Institute put it, without the ERA, the Constitution does not explicitly guarantee that the rights it protects are held equally by all citizens without regard to sex. Without the ERA, women and occasionally men have to fight long, expensive and difficult legal battles to prove that their rights are equal to those of the other sex.

How can a country that prides itself on being a democratic leader of the world refuse to protect women and men equally under the law? What is going on here?

While not necessarily comforting, it turns out that I was not alone in assuming my equal rights. According to the Equal Rights Coalition, 96 percent of Americans think the Equal Rights Amendment (ERA) has passed.

Without the ERA, the status quo, which needs to change, is changing more slowly. This is why the gender pay gap remains stalled, with women making 78 cents for every dollar earned by a man, with African American women and Latinas making even less, 64 cents and 53 cents respectively.

This is why 75 percent of elderly Americans living in poverty are women, and the gaps in poverty rates between men and women is wider than anywhere else in the western world.

Without the ERA, women fighting for equal pay have no consistent judicial standard for deciding legal cases. That's because the state and federal courts reflect confusion and inconsistency around the law.

I just can't get these numbers to add up. Women are earning the majority of undergraduate and graduate degrees (60 percent), while at the same time, women make up the majority of the poor in America. (According to The Shriver Report, one out of three women is living in poverty or on the brink of poverty.)

I lay the blame on workplace policies that are oriented toward male success, as opposed to honoring the realities of a woman's life, especially if she is a mother. Having the ERA would help because it would support women morally and legally. If a woman was fighting a legal battle for her rights in the workplace, the ERA would support that battle. While we do have the Equal Pay Act, Pregnancy Discrimination Act, Title VII and Title IX, women's rights are still vulnerable. Congress has the power to change these laws at any time, depending who is in office. An amendment on the other hand is much harder to change.

It's been a slow journey for the ERA. For 50 years, since 1923, it was re-introduced to Congress, barely ever making it to the floor for a vote.

In 1972, however, the ERA was passed by both the House and Senate and was sent to the states for ratification. Within a year, 30 states had ratified. By the end of the seven-year deadline though, only 35 states ratified -- three states short of the 38 needed for the amendment to become part of the American Constitution.

Today, the same 15 states have still not ratified.

This doesn't mean though that the ERA won't become a reality. The movement for gender equality is strong and is gaining momentum. Women's rights advocates and activists continue to lobby for the passage and ratification of the ERA. In fact, this month the Illinois state legislature will be voting on the ERA (the Illinois State Senate already approved the ratification resolution back in May; now it's up to the House). In Oregon there will be a measure on the November ballot to add an ERA to the state constitution.

Kamala Lopez, a filmmaker and women's rights advocate, is working on the final stages of a documentary, Equal Means Equal, to raise awareness about the ERA and pull back the veil on what's really happening in America. The film includes interviews with four generations of women from around the country, including Gloria Steinem and ERA opponent, Phyllis Schlafly.

"I don't think this is a battle of the sexes. I think it's the same battle that is taking America down - and that's the battle of a very few people whose almost sociopathic illness of greed forces the rest of the population to live in very inhumane ways," said Kamala in a recent interview with me.

I met Kamala four years ago when she was serving as the U.S. Program Director for Global Girl Media, a non-profit organization that nurtures the voices and self-expression of young women in underserved communities and trains them to be citizen journalists. Like so many of us Gen X women, Kamala grew up with the empowerment narrative that told her she was an equal citizen and set out to be, do and have it all.

Six years ago, during a trip to Washington D.C. to show one of her films, she had a big wake up call and, as she puts it, found out this was all a lie. 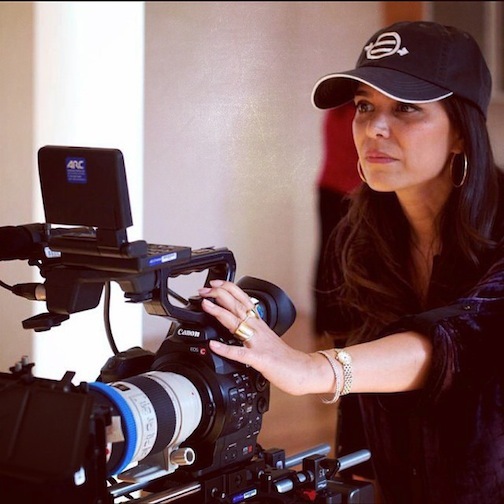 Kamala feels that the term 'empowerment' that is so common on college campuses, at high schools, and at women's conferences around the country, is a misnomer. "Power is extremely distinct from empowerment," she says. "When we think we are empowered, we think we have power."

But there's nothing empowered about what's going on with women in America, says Kamala. "It is a brutal situation. If you lift up the curtain slightly, it's hard to breathe, it's so brutal."

Kamala plans for her film, which she raised funds for on Kickstarter, to be an unprecedented wake up call for America. "There is no 'there there' for women in society on any one of these issues when you drill down. There is no law under us."

If we are committed to improving the economic, political and social conditions of our country (for women, men and children), then the ERA is a no-brainer. The ERA would help end economic inequality, violence against women, and many other pervasive forms of gender discrimination.

Ultimately I would like to know that as a woman my Constitution sees me as an equal to men.

It's time to take action. Join the campaign for passage/ratification of the ERA. Contact your Congressional representatives and urge them to co-sponsor the ERA legislation.

Tabby Biddle is a writer, women's rights advocate, and celebrated women's leadership coach. She is the author of the forthcoming coming book, Find Your Voice: Be the Leader You Were Born to Be -- A Woman's Call to Action. For free tips and resources to strengthen your voice and advance your influence and leadership, visit tabbybiddle.com